So I saw Star Wars Episode VIII yesterday. It's number eight right? I feel like it's becoming very confusing trying to accurately refer to the movies. In discussion after the movie with my friends we kept saying "but now the last one, well not the last one, the prequel to this, but not the prequels, just the one that comes right before this.. in the time line!"
And being as Disney probably intends to keep milking this franchise with a movie a year or so, and in the immediate future looks to be continuing to jump around the timeline (from what I hear the next one will kind of concurrant to Rogue One?), I think this is going to get VERY confusing!!
At least there's no "alternative timelines" like in Star Trek!! (though a whole slew of books have been uncanonized by subsequent movies ... bring back Admiral Thrawn!!)

But anyway, how shocking was it when they revealed Jar Jar Binks is Grand Master Snopes??? I mean uh, I better put up the spoiler break!


Spoilers!
Starting with the big picture, I think this movie wasn't quite as good as Rogue 1, but better than Episode VII -- E7 lost a huge amount of points with me for being such a ripoff of the original series in every way ... in terms of general look and feel and all of the movie it was similar to E7 I think, but in addition to havinga modicum of originality I also liked that it's plot was a bit more complex than usual what with actually leaving us in the lurch about whether or not Kylo or Rey would switch sides. And also it goes without saying its better than the prequels -- everyone agrees the prequels were bad but its not until we started getting fairly decent new Star Wars movies that I've really realized just how bad the prequels were. They were really really bad!

Characters: I'm glad that Kylo Ren finally lost his stupid no-reason-to-wear-it-mask and it was kind of funny how Grand Master Snopes* totally called him out on it. I mean, he doesn't have to wear it, it's like if you had a coworker who always wore dark sunglasses inside, I'm pretty sure people around him would think it was pretty weird. One complaint I had with the movie is that I found a lot of characters I think we were supposed to like rather dislikeable. Especially star fighter ace man (looks it up), uh, Poe. Clearly we're supposed to like and identify with him but to me he seems obnoxiously self righteous and really dangerously prone to ignore the chain of command -- I know there's a long history of heroic characters being "loose cannons" who ignore their lame superiors to the applause of the audience but in this case it's just not working for me and I really find myself wanting purple haired admiral chick to throw him in the brig or otherwise prevent him from being the obvious danger to everyone that he is. I think the reason it doesn't work for me is usually with the loose cannon characters they still build the sense of tension of that the people around him are expecting the character to behave and there's a realistic amount of surprise and consequences when they don't but in this movie there's not really any tension around Poe getting right in the face of his admiral and generally doing his own thing any time he wants, and without the sense of tension its just like oh and here's a character who gets to do whatever he wants, man I feel like he'd be annoying as hell to have as a coworker. Also he's an utterly non-complex character with no past, no known aspirations, no weaknesses or interests ... I was seriously expecting him and Finn to be eachother's love interests which at least would be something but nope, he's just a thoroughly flat undeveloped character they're trying to foist on us as a "main" character.

As I keep coming back to every time I review something, I really really like complex characters so as you can imagine I really like that they kiiind of made Kylo Ren almost not completely evil and a little bit more human. I was disappointed they gave him another emo teen freakout in practically his first scene though -- I would have though feedback from the one before this would have told them we all got a bit TOO much teen angst from him. Also liked that Rey also seemed more complex, seeming almost ready to join the dark side. I really wish Anakin's turn to the dark side in the prequels had been developed more like her almost-turn to it was.

It was kind of a let-down that two huge questions I think we all had were either not answered or answered really anti-climatically. Who is Snoke? We still don't know. Who are Rey's parents. Oh they're just nobodies back on not-tattoine. Oh okay.

Apparently they're still making new episodes of the Clone Wars animated series, even though it's now been running longer than the supposed interim in time between two movies in which it's supposed to take place. I was thinking maybe they should wrap that up and start a new animated series to explain who the futhark Snopes is and how this First Order came to be. (I'm in denial I guess that the new books can be canonical, though I'll accept an animated series on netflix even if I don't bother to watch it)

And I still feel like that grandmotherly alien with the big goggles and the shiny stormtrooper Phantasma are both characters they're really trying to jam in for some kind of marketing purposes. Like, neither one has fit well into either movie and it totally feels like you're trying to hard to make fetch happen here Disney.

Plot Plausibilities: Getting more into the nitty gritty, and I realize critiquing the plausibility of things in a movie about space wizards is kind a questionable exercise, but the way I see it there's certain foundational conceits we accept as the basis for the movie, the force, jedi, a galaxy far far away with tech generally vastly beyond ours, and within that frame work we expect plausibility. So while I generally liked the plot, it seemed like kind of a strain to me that throughout the movie there's an "18 hour" slow speed chase going on through space, during which Rey spends _several days_ at least hanging out with Luke, and other characters leave the space chase to go to another planet to find a guy and come back to the chase ... to for some reason disable the tracking device on for some reason definitely only one of the Star Destroyers. I feel like there's any number of problems with this or easier things both sides could have done with the same set of assumptions.
If there's only one tracking device and three main rebel ships plus an unknown number of warp capable smaller craft... WHY in god's name didn't they all split in different directions?? Even if it left some people aboard the main cruiser still being chased it would save probably most of everyone and their vessels.
If people can leave and come back why not send someone to come back with fuel or ferry people in small groups on shuttles?
Fighters are much faster than the capitol ships and earlier we saw how the imperial fighters easily got in front of the main rebel cruiser. Are you telling me that that imperial armada doesn't have any bombers like the small rebel one did and/or just a massive number of fighters that could overwhelm the rebel ship?
The whole THING is that they're trying to get somewhere where they have "a large enough transmitter to call for help" right? But then they randomly call up grandmother-in-goggles for a god damn lockpicking referral so clearly they can call out and even if everyone isn't in range someone like spunky granny there can probably forward on the call for them.
If hyperspacing a large ship right through another ship does such absolutely massive damage why haven't we seen more of that??? Incidentally, ramming in hyperspace WOULD be immensely effective, and I always assumed the reason we didn't see it in Star Wars was because in entering hyperspace a ship ceases to quite exist in "normal space" and enters a kind of a mass-less ephemeral state and would either pass right through anything in its path or be destroyed without having an effect on the thing it hit since it has no mass. Okay maybe I'm overthinking this.


I liked how that first scene kind of conjured the feel of WWII strategic bombing mission in kind of the same way that the battle at the end of Rogue One conjured WWII in the Pacific. The final battle of this movie was a bit too Battle of Hoth for me though. I know I know they say it's an "homage," and this was a lot better than all the "oh it's an homage" about EVERYTHING in Epsode VII, but still, I think an homage should be a brief scene that harkens back to the original, not an entire extended section of the plot. The red dirt (halite?) under the white salt crust sure did make for a pretty battle though!


There's definitely a lot to discuss but without getting really quibbling I think those are my main thoughts. Am interested to hear your thoughts on these or anything I didn't mention. But in conclusion, despite some plot quibbles I quite liked it, and am looking forward to the third movie of this arc. Rogue One was still better though and I'm also really looking forward to the other Rogue One era movie they have in the pipeline.


And Here's an Entirely Unrelated Picture of the Day 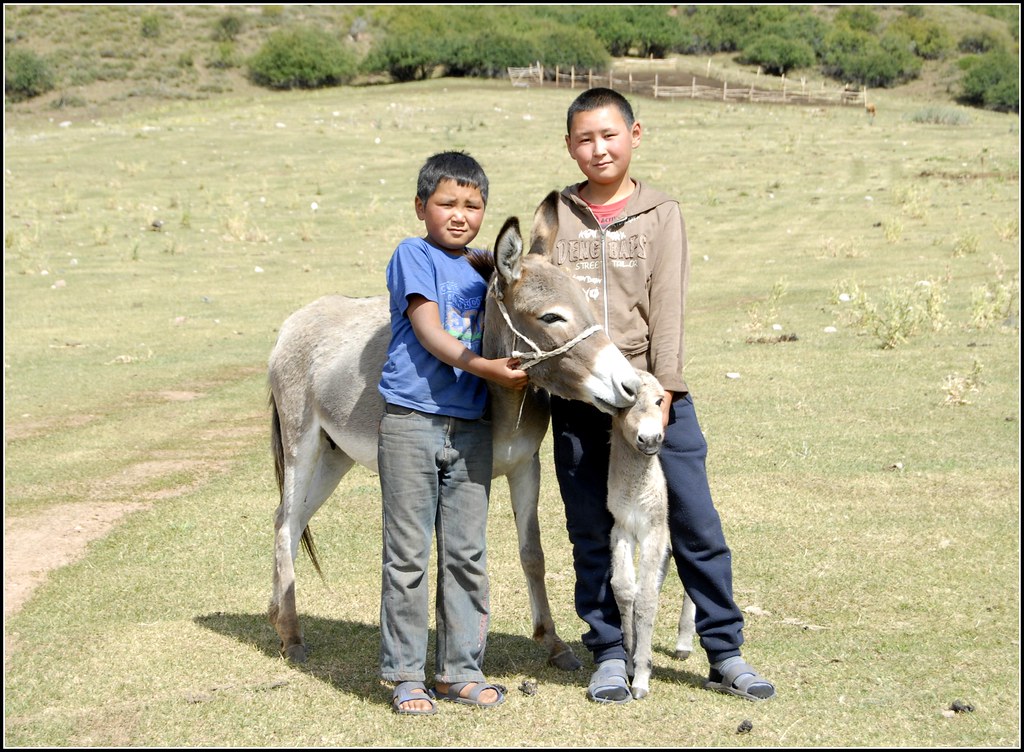 This picture is partly here so that if someone wants to comment on the non-spoiler part and not be spoilerized there's a bit of a buffer between the comment box and the spoilerized dicta.

But also I can't believe I apparently haven't yet posted this cute picture of these Kyrgyz kids and their donkeys?? This was up in the mountains, there was a nearby yurt in which they appeared to live.