2017: 83,230 miles (133,946 kilomters). I'm really not sure I want to see this trend continue! Travel related shenanigans this year involved a 73 hour travel odyssey from Kyrgyzstan to Nicaragua, a rather disturbing interrogation by Turkish secret police, and a leg on Air Asia which, it turns out, is just inherently regrettable.


At the beginning of the year I was living in the countryside halfway between a monastery and the little hamlet of Moriac, a short way outside of Geelong town, sharing a house with a woman I rather think may be a witch, without the negative connotations that come along with that. By which I mean, she was always making strange potions and things (brewing, kambucha, weird holistic health concoctions), in particularly filling the bathtub with strange murky water (no doubt a ploy to get me just to step right in to her cauldron!), and to complete the cliche had a black cat.
In February before I could get permanently hexed I moved much much further away from civilization to the delightful little town of Birregurra, where my crotchety hermit-like self could live in peace by myself cursing the whos in whosville and celebrating christmas in winter as it should be! I've been meaning to write a sort of portrait of Birregurra / ode to, and in theory still might, but suffice to say it's a delightful cute little townlet. In the western world we don't generally call communities "villages" but I found myself calling Birregurra "my village" in conversations with my friends in Africa because it matched much better their association with village than town, and, you know what, I'm just going to go ahead and keep calling Birre a village because that's what it is. It's a cute little community of about a thousand people with just a handful of local shops and with much more of a community feel than small commuter communities (such as, for ex, Moriac) I've lived in.
My house here is a cute little 100 year old three bedroom place (when I describe it to Birre locals they always seem to say "oh that cottage," so apparently I officially live in a cottage. I should make cheese). The kitchen floor is black and white checkers, I have hung drinking horns on all the walls, there's white roses that grow out front despite my complete lack of rose care. I've named my house Caligurra.
Being somewhat far from civilization is somewhat mitigated by the pleasantly surprising fact that my friends seem to like coming to visit and probably at least once a fortnight two or three of the lads make the trip from the city to come hang out at my place. 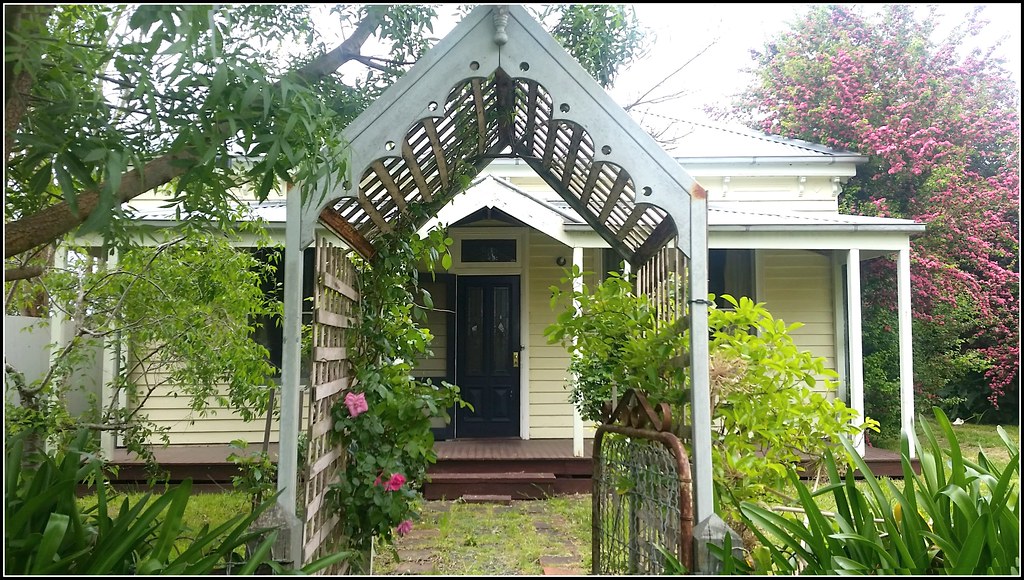 In May I returned to the States for the first time in a year and a half and proceeded on an epic roadtrip up and down the entire West Coast (literally, minues maybe 30 miles between downtown San Diego and the Mexican border and Bellingham and the Canadian border), and my younger brother's wedding.

In August the planned trip to the Congo after enumerable postponements and near cancellations (which kept me here through the depths of the dreadful winter!) was finally scrapped the very day I was supposed to ship out, to be replaced with a trip to Kyrgyzstan (pictures), which, to be perfectly honest, to wake up one day thinking I was going to the Congo and be informed I'm going to Kyrgyzstan instead was a life goal I didn't know I had I think. 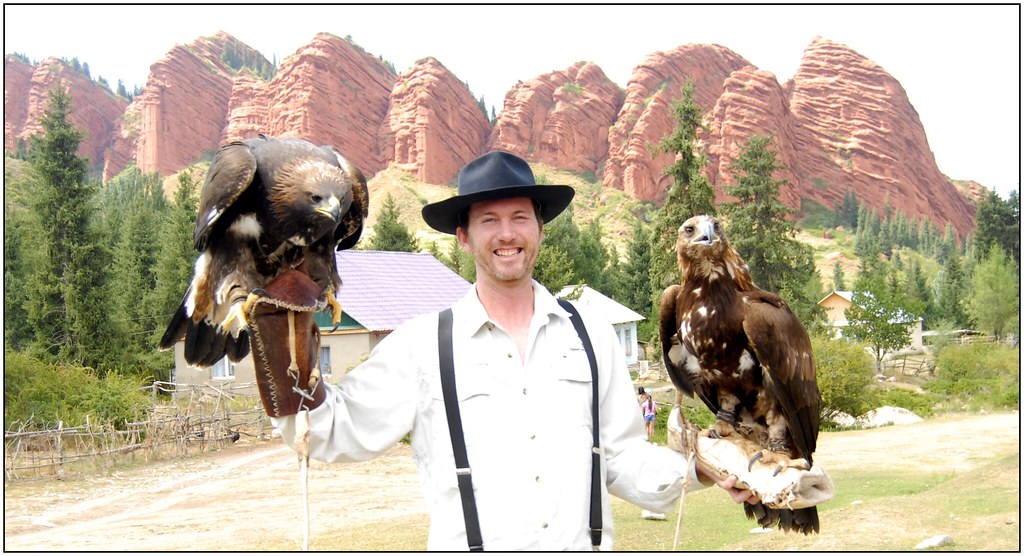 The Kyrgyzstan trip had been backed up right against an existing Nicaragua trip, which was backed up right against my other brother's wedding, which was convenient actually because it allowed me to return to the States to attend the wedding for something like $30 in fare differences. Kyrgyzstan being backed up against the Nicaragua trip was less convenient though, since the organizations couldn't sort out to transfer me direct from Kyrgyzstan to Nicaragua so instead I went on this absurd 73 hour ordeal from Kyryzstan - Istanbul (police interrogation) - Abu Dhabi - Melbourne - Sydney - LAX - Atlanta - Managua.

Nicaragua at the end of August to beginning of September was fun. My first time in Central America. Funny I'm only finally getting over there now that I'm much further away. I really hope to do another Central American project in 2018. 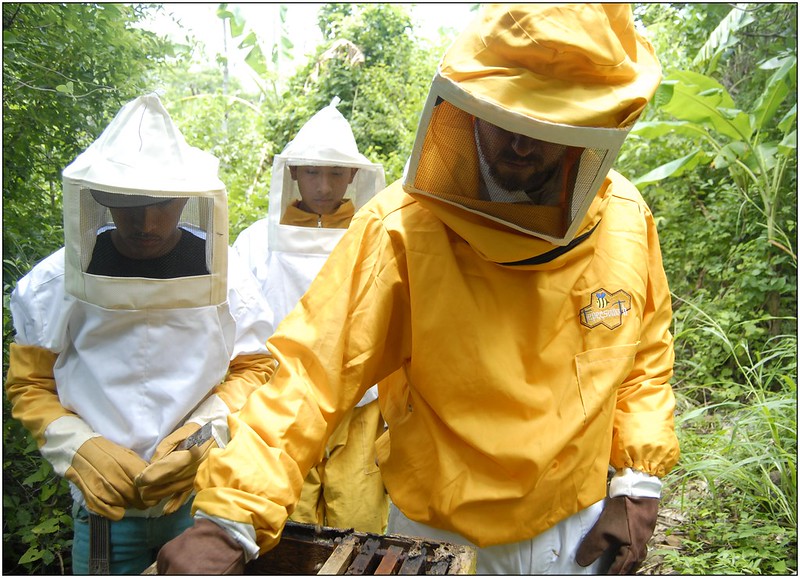 And immediately after the Nicaragua project I was back in California for the second time in three months! For my other brother's wedding. Now I'm the only one left :-|
I do quite like weddings and I think I've managed to attend at least one real nice destination (for me anyway) wedding every year for a number of years now. I don't yet know of one in 2018 oh that's right I'm going to try to attend my friend Claire's in Kenya in June. Also I have a fair few cousins who have yet to get married!

About two weeks after returning from that trip I was off again, to the World Beekeeping Conference in Istanbul. Got a bit too carried away booking the cheapest flight options since I was doing it myself, so while on the plus side it gave me an opportunity to actually visit Paris for the first time, but on the minus side my return to Australia was Istanbul - Paris - Abu Dhabi - Sri Lanka - Kuala Lumpor - Melbourne. The final KLA-MEL leg was worse than possibly all my other flights combined because it was on budget airline Air Asia, an 8+ hour flight sandwiched in like a sardine with no amenities whatsoever (and I'm not a worrier but their safety record is among the worst of any major airline, and it does kind of feel like taking one's life in one's hands flying with them).

Also this year within Australia I've travelled west into South Australia where I attended a grain combine demolition derby (which is the most awesome thing ever!!!), which I have not yet posted about but vaguely intend to! Traveled east to the "Man from Snowy Mountain" festival way out in the mountainous south east of Australia (ALSO on the list of entries yet to write), and north to the border with New South Wales, where there were steam boats! And actually wrote an entry about it this time. So all that's left now is to go to the southernmost point of Victoria (and continental Australia), "Wilson's Prom!" It's very definitely high on my list!


Anyway now it's a beautiful summer here in Australia and I'm looking forward to a good successful bee season here and hopefully an enjoyable and adventurous year ahead! Congo is back on for April now, and Kyrgyzstan in May. I'm hoping to return to Guinea and maybe even get back to East Africa.