The "St Patrick's Day Fires" are pretty much out now (there's still burning peat-bog but that stuff can go on for weeks, months, or I've heard even years), having burned 14,600 hectares (36,000 acres), and 24 houses. Fortunately no human fatalities (apparently a number of livestock got caught up in it).

Yesterday (Sunday) there was a big hoohah in the public hall in Cobden so the politicians could address the survivors and thank the volunteers.

They had some big maps of the burned areas pinned to the wall and I found myself over there with other firefighters finding where we were on the map and sharing "war stories" about how it was in our area. 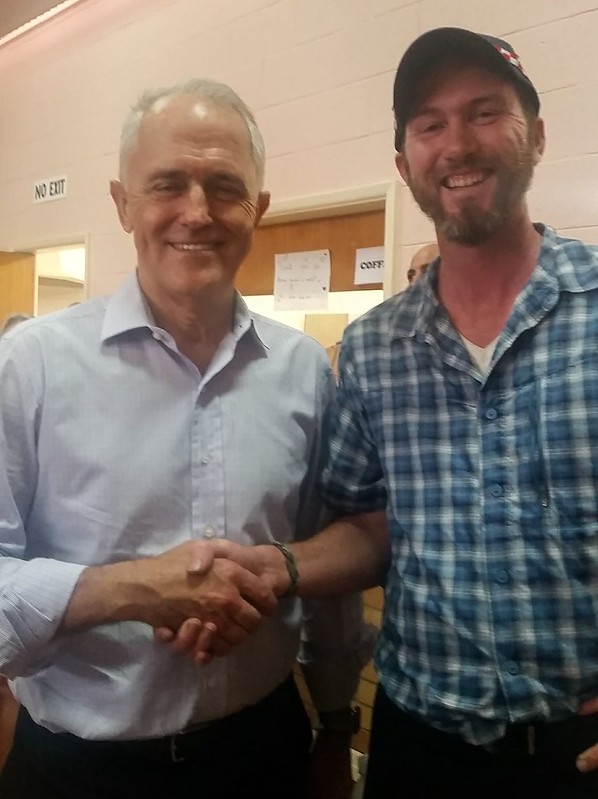 And I met the Prime Minister of Australia.

Also, Australian secret service agents dress super casual but can be identified because they wear fanny-packs and no one else does in this day and age.