A Pleasant Morning on the Reef 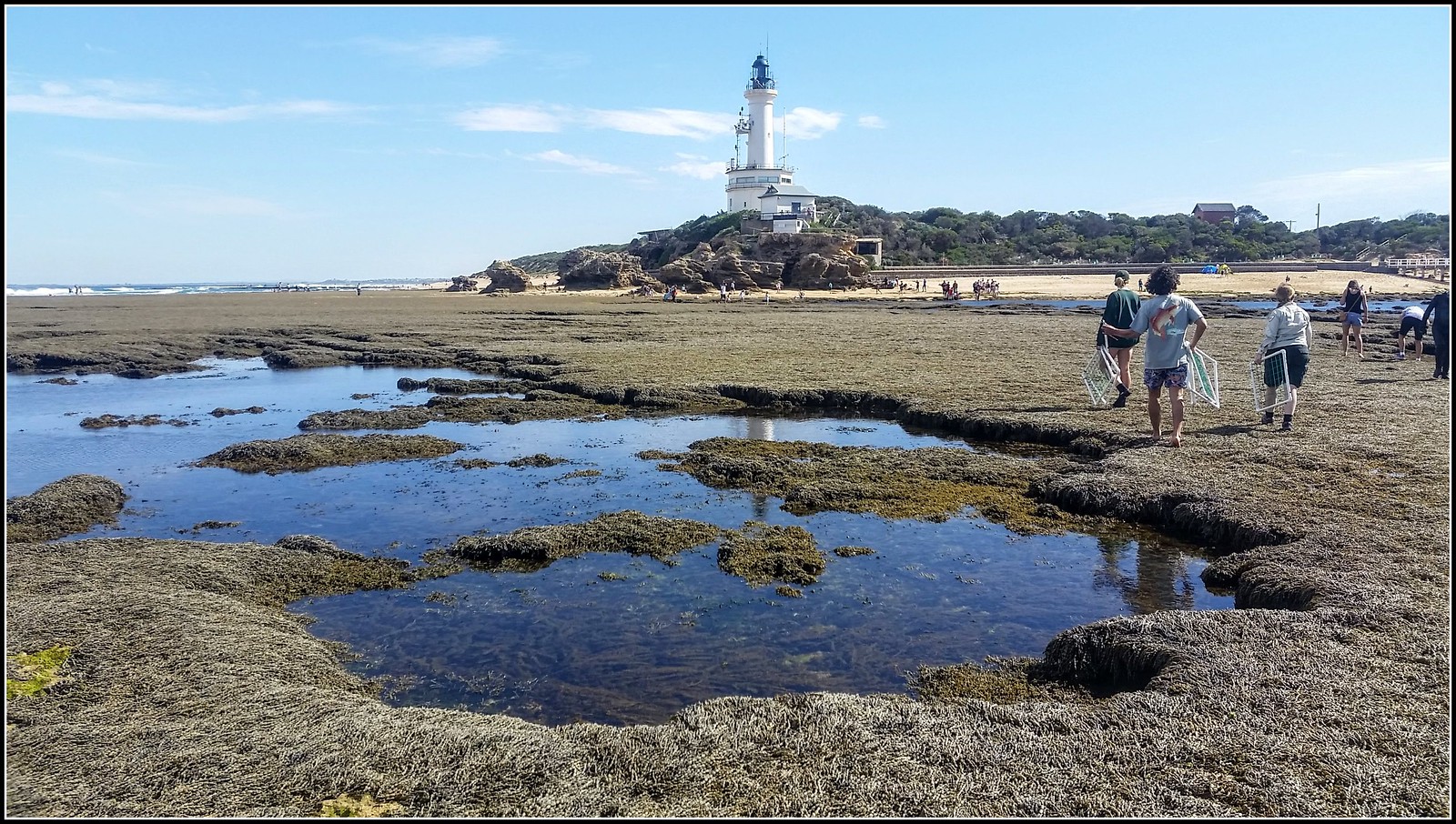 Yesterday, Saturday, April 8th, Point Lonsdale - Finally there was a conservation project only an hour from me. I'd never actually been to Point Lonsdale, because I thought it was a non-place, just a point, beside the town of Queenscliff, so I was pleased this project brought me there to find that it's actually at least five shops on a street fronting a beach, as well as a kind of cool reef that's exposed at low tide, and a lighthouse. I've always thought of Queenscliff as the end of the peninsula on this side but I guess Pt Lonsdale is the actual narrowest point of the harbor entrance (I wish that picture was bigger but I took it from within the facebook app, which apparently only takes small res pictures).

It turned out there were only two other volunteers -- two marine biology students (a couple?), as well as myself and two rangers (both young women in probably later 20s. Apparently several more people had signed up but never turned up. Which was weird because the weather from the beginning (9am) was just perfect, sunny, in the 70s. We once again were out putting quadrants on the ground and using the same form to fill in what was within them, and this time they had already selected random places by GPS to set them on the ground for random sampling. Consisted of a lot of counting sea snails (I counted 311 limpits in one 50cm/50cm quadrant!). I feel like a started to become familiar with the names of the various sea snails but its not quite cemented in my head yet. Some had these cool digital camo style patterns though.
On our arrival there were several people out on the reef with dogs off leash, they started quickly trying to move away upon sighting the rangers but the one of them hustled after them to give them all a chastising. Halfway through the morning someone brought to one of the ranger's attention a dead sting-ray in a small pool in the exposed reef, she (the ranger) was concerned someone may have killed it on purpose because people do, but after examining the poor dead cute thing there were not visible external injuries so cause of death was inconclusive. Faith in humanity reached a nadir when it came to the ranger's attention that there was a human poop on the end of the pier. But on a more positive note, people with little kids would often ask what we were doing and the rangers clearly enjoyed explaining it to the kids and were able to do it in a manner the kids found interesting.

A large number of other young people started appearing with measuring tools of their own (tape measures?), which caused the ranger to grumble a bit about how people are supposed to let them know when they have a planned research project, but eventually the person in charge of these people came over and it came out that he'd told a different ranger who had failed to tell this one, so instead she grumbled about him. 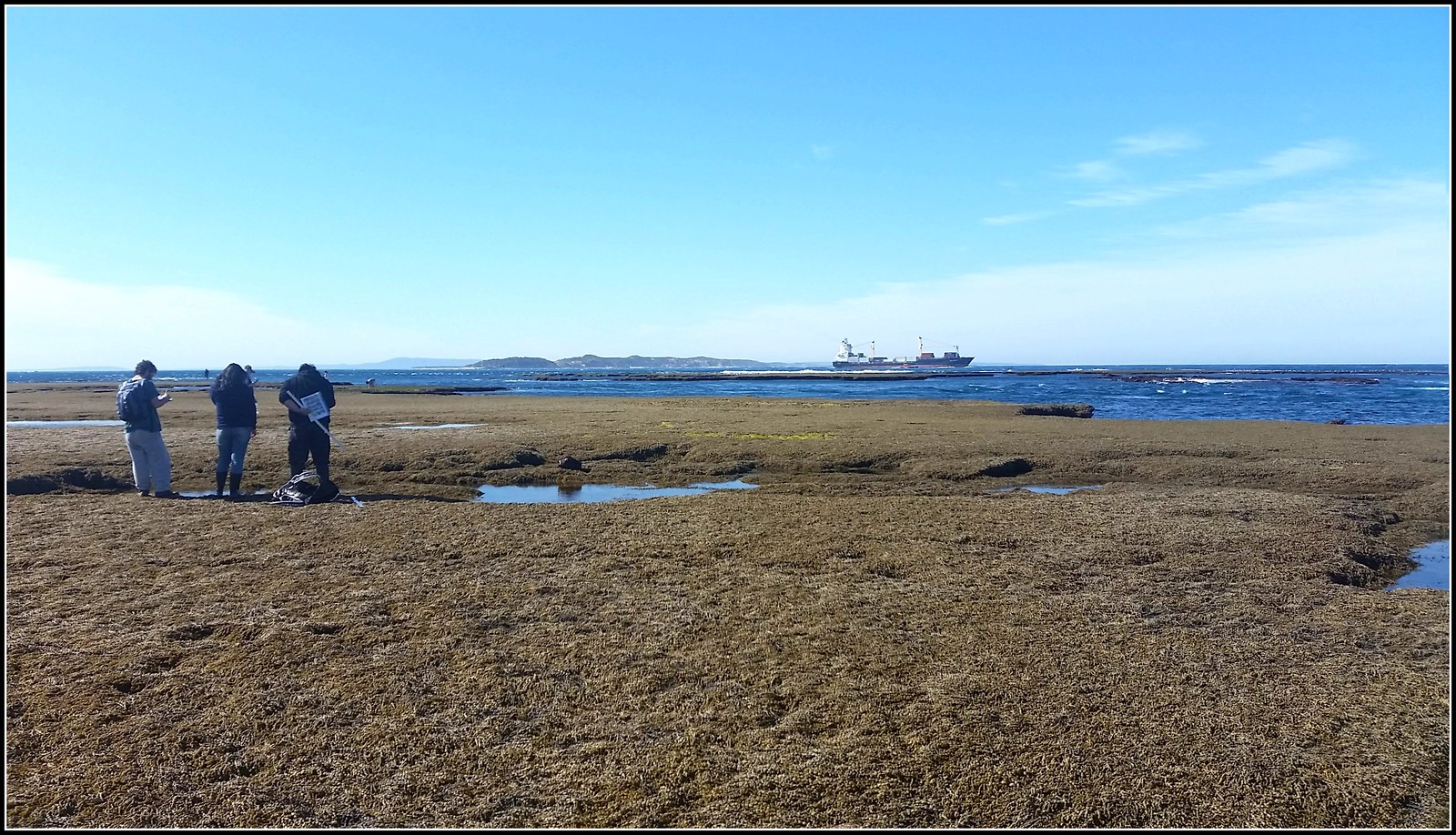 We finished our surveys just after noon. Apparently the next one, on the 22nd of this month, is even closer to me! So that'll be nice. In general I've noticed as we go in to winter there's far fewer conservation projects on any of the calendars.

The weather was lovely and being as I've never been to Pt Lonsdale before I walked down to the row of shops, and just as I was walking into the one I decided to have lunch at, there were the rangers at a table! They waved me over and I joined them (no mom, no romance). They had to go back to the office, and bemoaned about how "people think we have such a great job working in such a beautiful place but, what it really means is we are stuck in an office here while we can see people enjoying the beautiful beach out the window!" I had an absolutely delicious calamari salad, would totally go back to that place for it.

Then I drove around the corner to Queenscliff town and just spent awhile walknig around town. It's a cute sort of victorian coastal town kind of place. Really cute. And the weather as really nice so I was in no hurry to get home. 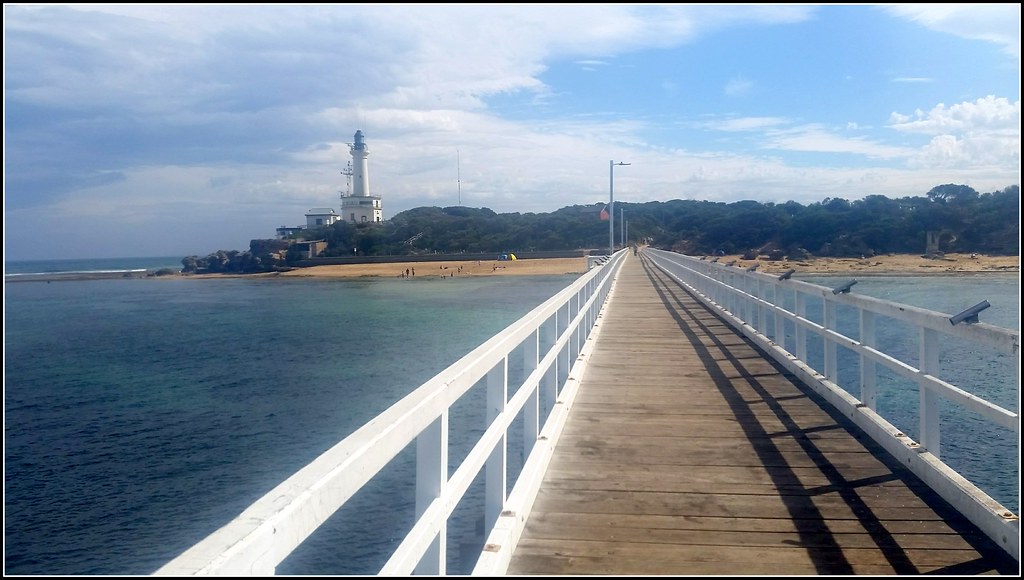 Saturday had also been a day of lovely weather, again in the 70s and sunny. I had helped my friend Udi man his booth at a farmer's market in the morning, and then slowly made my way home, stopping for a delicious lunch in the town of Inverleigh, 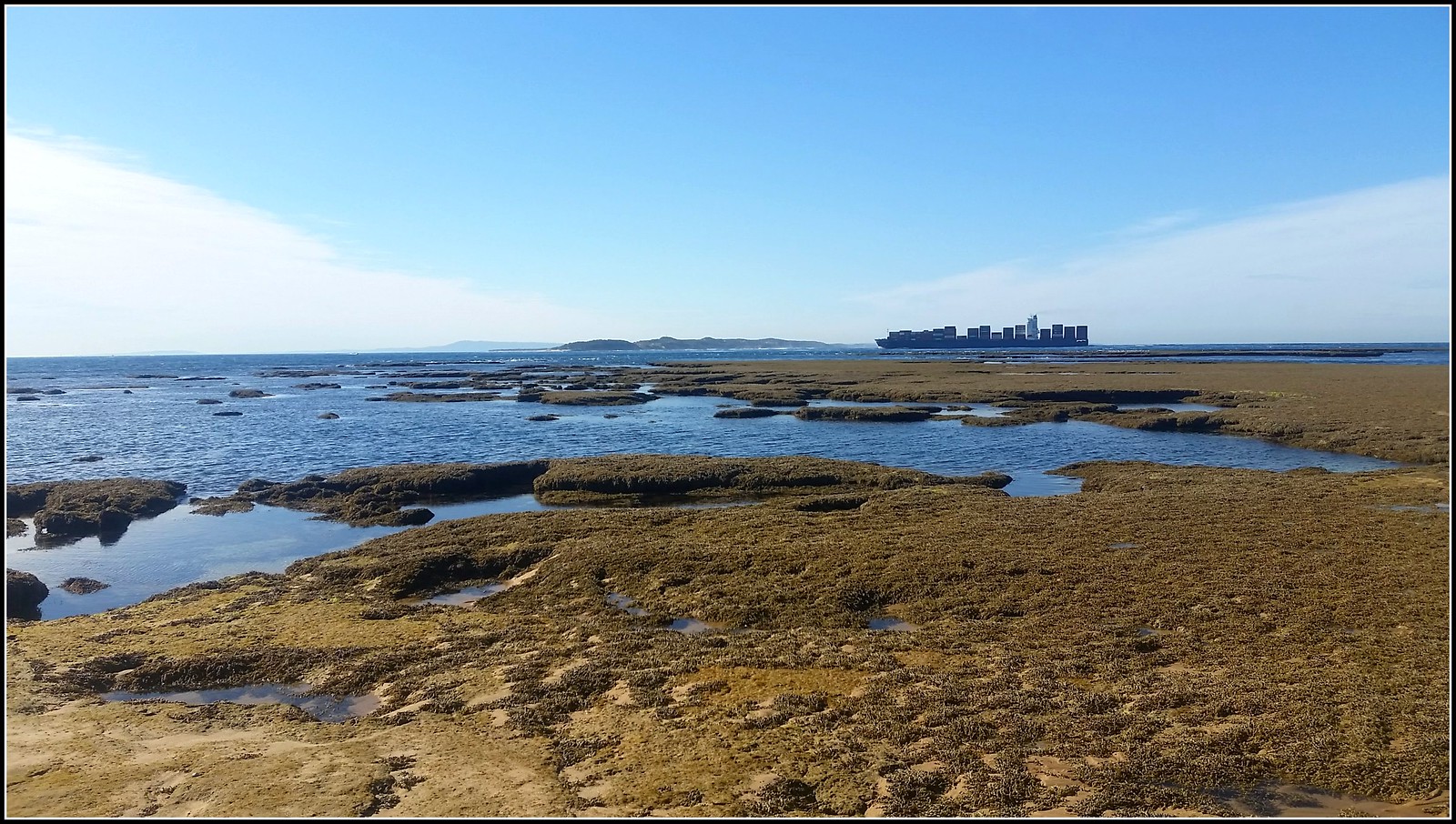 But back to the reef, big ships kept passing through the narrow entrance to the bay to reach Melbourne (recognize this one??). And the above lovely picture is a good segue to an article I came across last week and had been meaning to share, this totally gripping article about the worst US maritime accident in 30 years. It's estimated that a major merchant ship sinks somewhere in the world once every two or three days, but it doesn't make the news the way aviation disasters do. Having gone to sea myself (as a tallship sailor) and knowing many people who work in commercial maritime (two of my exes have captain's licenses), stories of maritime disasters really hit me close to home.