So I've seen a few movies lately. And I had opinions on them! I will try to offer you a short review o the ones I can remember:

The Kingdom - Some terrorists kill some Americans in Saudi Arabia, so an American FBI team travels there and apparently teaches everyone how to do everything and solves like, every crime. In the end of course the FBI team saves the day and the only good guy to die is of course the Saudi guy helping them. Total cheeseball "America is Awesome" movie. I give it a D-

Rendition - The same evening we watched The Kingdom, Kerri and I watched Rendition. It was an excellent pairing of movies because while The Kingdom is over-the-top jingoism, Rendition goes the opposite way and is all preachy about how we shouldn't torture people. While the theme was much better, the movie was kind of dumb. The renditioned guy was of course totally innocent, the torturers didn't actually care if they got any information, no one cared, the good guy intervened in the end and set the guy free and... it just wraps up so nicely. Basically it was cheesily predictable and annoying preachy. C-

The Last King of Scotland - The rather psychotic rule of Ugandan dictator Idi Amin as seen from the perspective of a young (fictional) doctor whom Amin takes in as his personal physician. Interesting. B

Darjeeling Limited - Starring Those-People-Who-Were-in-The-Royal-Tenenbaums, its about three rather estranged brothers who apparently have gotten back together to ride a train ("The Darjeeling Limited" - Whats the "limited" part of the name signify?) across India as a bonding experience. Its a well-made and pleasant little movie. B

No Man's Land - A Serb and an Albanian both end up pinned down together between the respective sides' trenches. The UN, currently monitoring a cease fire, becomes involved to try to resolve the situation ("Oh here come the smurfs!" best line ever!) but is bogged down in bureaucracy. I really liked the movie -- the situation of people from two sides come face to face with the human side of war in the very middle of the warzone I find very neat. I actually really rather like war movies. Not for the explosions and shooting but for the way they test characters to the limit and, if a good movie, really explore how people react to extraordinary circumstances. I must say though, for a "war movie" No Man's Land is a bit slow. A-

Wristcutters: A Love Story - After being dumped by his girlfriend the main character, Zia, commits suicide by slitting his wrists. Only to find that offing oneself merely brings oneself to a place (purgatory?) where life is pretty much the same but a little worse. Everything just kinda sucks, and you physically can't smile apparently. Then Zia finds out his ex has killed herself and goes off in search of her. Adventures ensue. Great music by the great band Gogol Bordello. I quite liked the movie. A-

Idiocracy - Stupid people are breeding at a faster rate than smart people! The military decides to experiment with cryogenically freezing people, so they take their most average soldier and freeze him for a year. Also with him they freeze a local hooker, apparently because they couldn't get any other volunteers. However, the project is forgotten about, the base demolished, and the cryofreeze capsules don't come to the surface and reactivate their occupants until "The Great Garbage Avalanche of 2505." There they find a world populated by thoroughly stupid people. Hilarity ensues! A

Stranger Than Fiction - Harold Crick's life is pretty much totally boring and routine, but then [/\/warning mini-spoiler up ahead! BUT it occurs within the first five minutes of the movie and is pretty much the foundation of the movie so if you're curious about what the movie is about you may want to hear it and it still won't ruin the rest I promise. Anyway you've been warned so skip the rest of this paragraph (or at least the next sentence) if you don't want to read it\/\] he starts to hear the narrators monologue of the movie and suddenly catches on that he's in a story! Hilarity ensues! I actually really don't like Will Farrel's slapsticky antics in other movies, but he's actually pretty serious in this movie and the tone is just.. perfect. Seriously you should see this movie I love it. A+

Year Ago Today / Picture of the Day 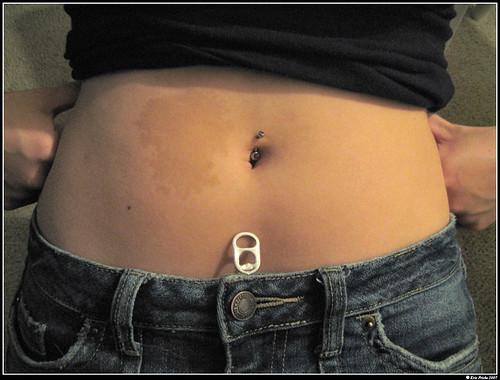