First let me apologize for the poor quality of these graphs, they're photos of slides and my phone camera doesn't focus so well any more (there appears to be shmutz under the lense confusing the focus) 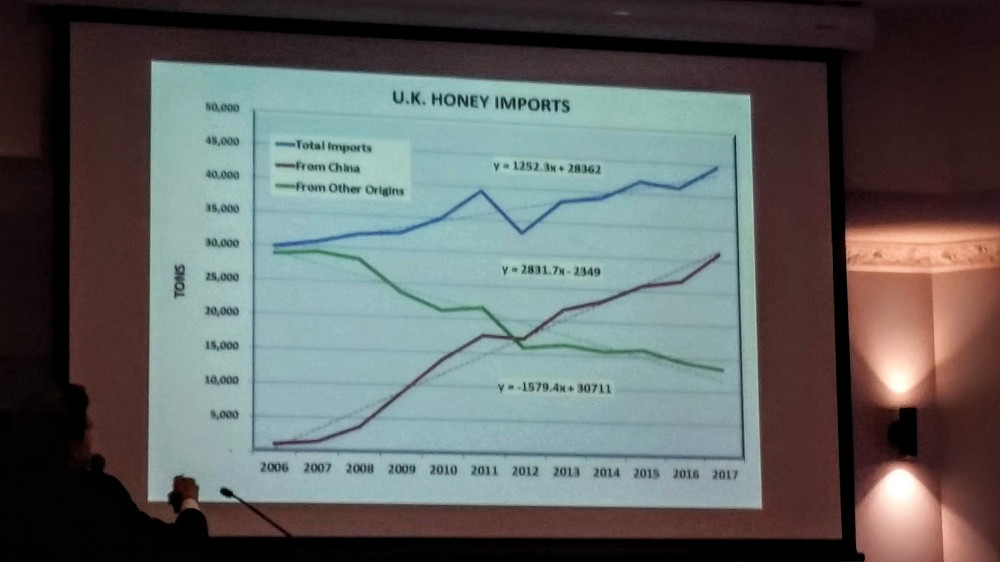 But on any account, if you are in say, the United Kingdom, increasingly nearly all the commercial honey on grocery store shelves is coming from China. 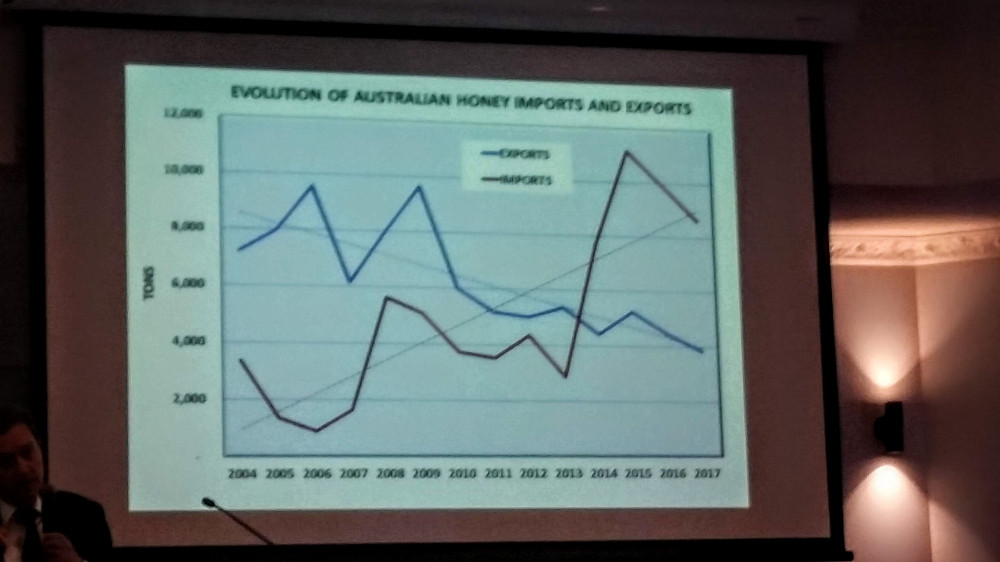 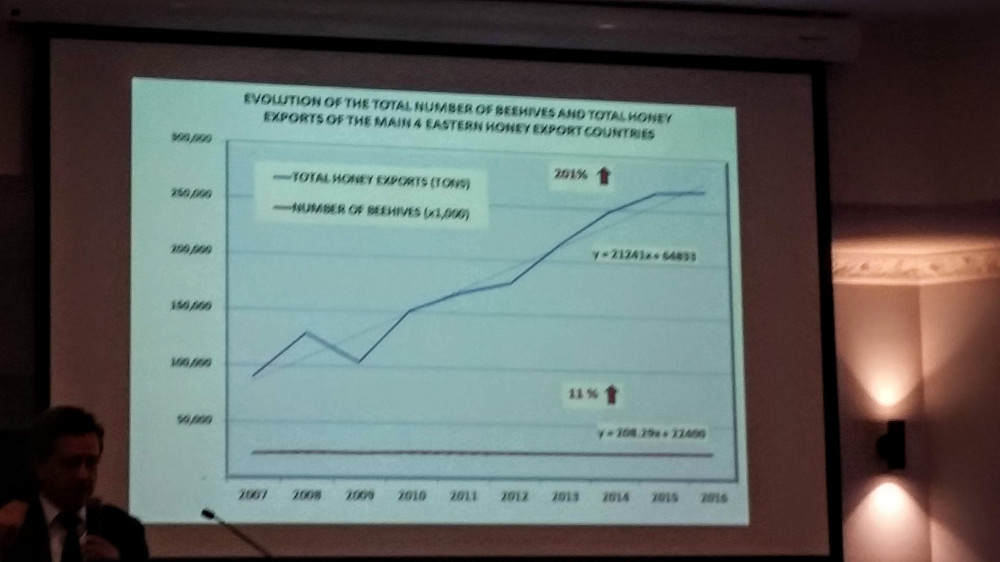 And here's a funny graph, the blue line headed ever upward is Chinese honey production and that red line staying steady at the bottom is... Chinese numbers of hives!


The above slides from a presentation by Dr Norberto Garcia of Argentina about honey adulteration. I of course knew it was a huge issue but his presentation really convinced me that Chinese honey adulteration is absolutely drowning the honey industries in every other country. He had a lot more interesting slides but I don't think I got legible pictures of a lot of them. If you want to know who "the good guys" in honey exports are I do have this barely legible graph, with the outright cheaters or major transhippers of Chinese "honey" in red, countries strongly implicated in repackinging and re-exporting it in blue (really Belgium, really?), countries with major increases in exports that are due to legitimate reasons in green (New Zealand with manuka honey and Brazil is apparently doing major work in producing organic honey), and the countries with huge losses in exports, Argentina, Canada, and Australia are the ones who have strict testing to prevent adulterated honey transhipment but are getting hosed in terms o their own exports because they can't compete with the ridiculously low prices adulterated honey gets slung around at. So I'll add to my perennial advice of buy local honey! with also go ahead and buy honey from Canada, Argentina or Australia ... and American made honey too of course. But seriously in almost any country the honey in the major grocery stores is most likely mostly rice-syrup there's surely a farmer's market near you where you can get real honey and support a real beekeeper ;)

Posts from This Journal “conventions” Tag

Posts from This Journal “conventions” Tag