So I thought I wrote about this but maybe I didn't. After a lifetime of being vaguely d&dcurious, and even writing at least one seemingly d&d inspired entry without having actually played, my friends and I got around to organizing a weekly game. I found it involved a lot of being a fictional jerk to my friends (it helped that my character was a roguish hobbit I named Dillweed Tosscobble), such as, drawing a dick on my friend's character's forehead when at the end of a boss fight he was unconscious (Dungeon master: "okay roll, ummm performance, to find out how well you drew it"). Apparently on a night I missed Trent, who always plays his characters like some kind of psychotic chaotic jar jar binks, "used an old woman as a surf board to descend some stairs into a crowded bar, immediately angering all the occupants." Another achievement I'm particularly proud of is when I found my character with a bottle in hand when a battle broke out so I threw the battle, rolling a natural 20 (ie a critical hit, ie double damage), killing the shit out of the goblin it had hit.

Well, while I was gone they started a new adventure, and having returned I just was inserted into it. The dungeon master is my friend Mick, a very technologically inclined character, has made a wiki for it, and a shockingly professional looking map, and a really cool little intro video which doesn't appear to be up yet. Anyway he happens to be encouraging us to record log entries about the sessions, I think enticing us with a samll amount of experience points for it or something, I don't know, I don't need much encouragement to engage in creative writing. The others have written pretty short straightforward little entries. I of course, this is not my way. Related aside: in 9th grade my english teacher had us write sentences with lists of vocab words, there was no expectation other than that each sentence would generally make sense, but I of course had to craft the whole thing into an actual story, because that's what I do. Anyway, the account I wrote is as told by my NPC retainers (apparently as a knight my character gets three retainers!), as recounted later that evening in a tavern. It contains lots of wild inaccuracies or outright lies:

Day 1 - Setting: tavern in town of Mayford
Blortessatrix downed the big tankard of sour ale, clonked it on the table, and picked up her black orkish lute while beer still dripped from her greenish chin.
“oooooooooooh” she began, while strumming some twangy notes. At the tables around them, several people and/or creatures turned around to hear the tale.
“Soo heres we was a comin down the snaggletooth trail, the brave sir Gnurk and we and a big biiiiiird!”
“How big!?” shouted a rogish hobbit
“Thissssssssss big!” put in Davidge, his arms fully outstretched, sloshing some of the lambic brew out of the large drinking horn he was holding.
“Aaaand then we were AMBUSHED!” exclaimed Blortessetrix with a flourish to exagerated gasps by her audience
“By an elf and a wild human and a big lizard!”
“How big??” inquired the hobbit again
“Thissssssssss big!” answered Davidge, having to interrupt the big gulp he had been in the midst of taking to make the motion again.
“And thooough they outnumbered us our brave squire Percival was ready to take them all on himself!” here Blortessetrix nodded to young Percival with a devilish grin and wink.
And though the hobbit hadn't asked, Davidge interjected “and the mere thought made him thiiiis big” whislt holding his hands several inches apart in position that made Percival turn rather red.
“But brave Sir Gnurk used his cunning diplomatic skills!” continued Blortessetrix, whilst trying to indicate to the barstaff that she needed another beer.
“Ah what no fight!” exclaimed a dwarf that had been listening
“No, but big bird killed a dead jackal” commented Blortessatrix in a singing voice as she kicked Percival and indicated the bar pointedly with her eyes. As he picked up the tankard and pushed through the crowd, she resumed strumming
“Ooooooooh the battle of wits it raged, never have you seen such charm, such wit! Several nearby jackals, oh were killed by the intensity of it! And in the end Gnurk had quite persuaded them to join our merry band, our merry band oh!”
“Well this story is a bloody let down” grumbled the dwarf. Blortessatrix heard this and was about to smash her lute over his head (being orkish, it was designed from the start with this use in mind), but the arrival of her beer mollified her in the crucial moment and instead she decided to cut to the action:
“But thennnnn the merry party decided to explore a greeat big hoooolllleeeee”
“As one does” added Davidge with a wink
“When a Crayon eater leapt from the ceiling and devoured half the party!!”
“As they do!” added Davidge.
“It had greeeeeaat big teeeeeth” sang Blortessetrix, managing to indicate fangs with her fingers, just beside her own rather large fang like teeth, barely missing a beat in her almost-melodious strumming
The hobbit, his hand going to the ogre tooth hanging from a string around his neck was definitely about to inquire about the size so Blortessetrix quickly hastened to the next line.
“Buuuuut braaaaaave Sir Gnurk ran in to save the day!” could some members of the audience be seen rolling their eyes? If they did, the adventurers just grinned back
“He came in with his flail swinging and swinging and swinging, show them Percy!” And with an encouraging nudge from Davidge, young Percival went tottering through the middle of the open space between tabled pretending to swing a flail around and around and around until he collided with the dwarf on the other side, who laughingly bade him sit down and pushed a tankard of beer into his hands.
“But alas the crayon eater was tooooo...” here Davidge himself leaned forward in rapt attention curious how she'd portray their master's valiant deeds
“dull an opponent, and Gnurk decided to take a nap!”
“Take a nap!!”spluttered a one eyed male human in sure incredulousness.
“bravely did he show his utter disdain for the manxome foe by soundly napping!!” she sang out with a flourish on her instrument, “using his flail as a pillow!”
“As one does!” added Davidge, before taking a long draught of his drinking horn.
“And thennnnn, the others oh they did struggle to subdue the beast without him!”
“And where were you lot during this all?” asked a barbarian of indeterminate species gruffly
“Oooooooh I was a taking notes I was I was,” sang Blortessetrix, “and our brave cup bearer Davidge here ooohh he was a drinking becaaause tis his sacred duty it is it is to make certain that should we all die our drinks fall not into enemy hands!!” here Davidge held up his drinking horn triumphantly, accompanied by cheerful supporting hollering. “Aaaaaaaaand brave squire Percival ohhhh he dove right in to save the daaaaaaaay”
At this the dwarf propelled Percival back across the circle, to where he happened to land on the ample bosoms of a female dwarf. He made to quickly get away from her but she pulled him close and pushed her tankard of beer into his hand and tilted it up to his chin.
“Annnnnnnnd then... we came here to Myfannnnnnnyyyyyy”
“Where are they now?” asked the roguish hobbit, looking around
“ohhhhh they're all getting to know eachother upstairs” answered Blortessa with a salacious wink. The crowd chortled. “if you see them in the morning ask if they had a good one,” she added, with another wink. After downing the rest of this beer she began to pluck at her instrument thoughtfully, “hoooooow about the ballad of Gnurk and the dread were-librarian possum?” But the crowd erupted in groans with someone loudly exclaiming “it's time for someone who can actually sing!!” in the momentary upheavel Davidge saw the dwarfess drag off the hapless Percival but chose to drink his beer without comment.

What really happened: my character was traveling in company with a bird-man (one of the other players), we encountered the other party and really my character engaged in no particular diplomacy at all. In the battle with the carrion-eater my character managed in his first attack actually knock himself out with his flail (by rolling a natural 1, followed by a SECOND natural 1 on the "okay how bad did you boff this?" roll), which is kind of hilariously incompetent. For some reason all the party are now staying in my room in the inn in town, I'm not quite sure what's up with that I was literally in and out of sleep by the end, as mentioned I am really not a night owl.

If you anyone finds this amusing or interesting I may continue to post the weekly retelling! 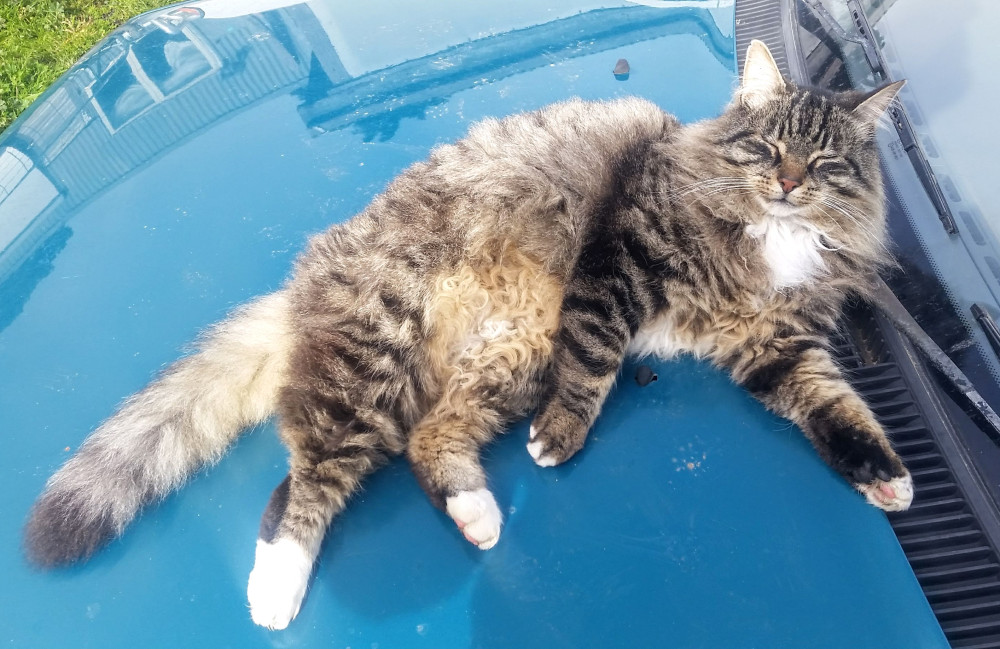 Posts from This Journal “d&d” Tag

Posts from This Journal “d&d” Tag