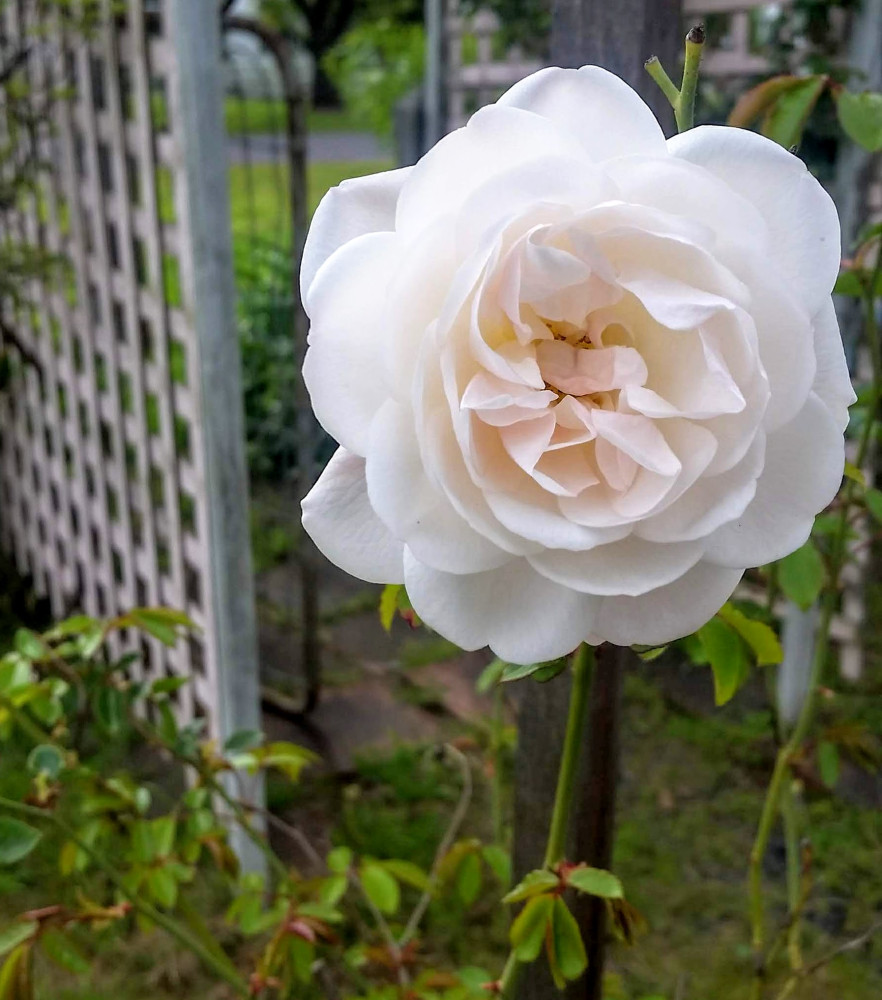 A rose in my front yard


I tend not to post unless I have a lot to say, but I need to get out of that habit, smaller entries are much easier to digest after all. (:


So swarming season has begun. That's when beehives reproduce by sending out a "swarm" of 5-10,000 bees, that land on a branch or overhanging roof while they look for a new home, prompting people to call around for local beekeepers whilst exclaiming "you won't believe this!!!!"

In California because Africanized bees swarm so much and are hard to deal with, the phones of anyone people can get ahold of about this ring off the hook during the season -- at Bee Busters we'd get 30 calls a day! And people would be shocked to learn that no one would take them for free -- but there was just a burdensomely large number of them.


Over here it is quite different. I absolutely want every swarm I can get my hands on. It actually presents some interesting ethical issues. I am happy to come get the bees for free, I am happy to have the bees. If I were to buy an equivalent amount of bees it would cost me around $130-$140 (AUD, so like $100US). If I know a friend or neighbor wants bees I am happy to give them the bees even though it means I'm forgoing a thing thats worth $130 to me that may be legitimately mine once I've taken possession of it. Interesting they've discovered some Roman law tablets specifying who owns a swarm of bees under what conditions. But I'm happy to give them away just because, I guess, my having them at all is a "gift to me from society" and me passing them on to someone else is just me "paying it forward" on that. I would not pass the bees along for free to another commercial beekeeper but to individuals I know yes. Individuals I don't know I'm more undecided about -- I do have one woman who called me asking for bees and she's neither a friend nor a neighbor and I think I might sell her a swarm ... but it still feels shiesty selling something I received for free earlier in the day.

Neighbors often insist on paying me, which again I feel like, these bees were free to me. How would the people forwarding me the calls or inviting me to come take their bees feel if they knew I was turning around and selling them at a substantial profit?

But I've come up with a solution! After one neighbor particularly put the "come on let me give you something for this" on me it hit me. "You can make a $20 donation to Bee Aid International if you'd like?" And since then I've suggested that to others who wanted to compensate me and they are only too happy to. I feel like this conveniently solves all the problems. I'm not personally profiting, they're feeling like they gave something back, the people calling me to take their bees are in essence making a donation themselves of the bees, and Bee Aid International which has really had a lot of trouble garnering any donations at all finally has a small donation stream. 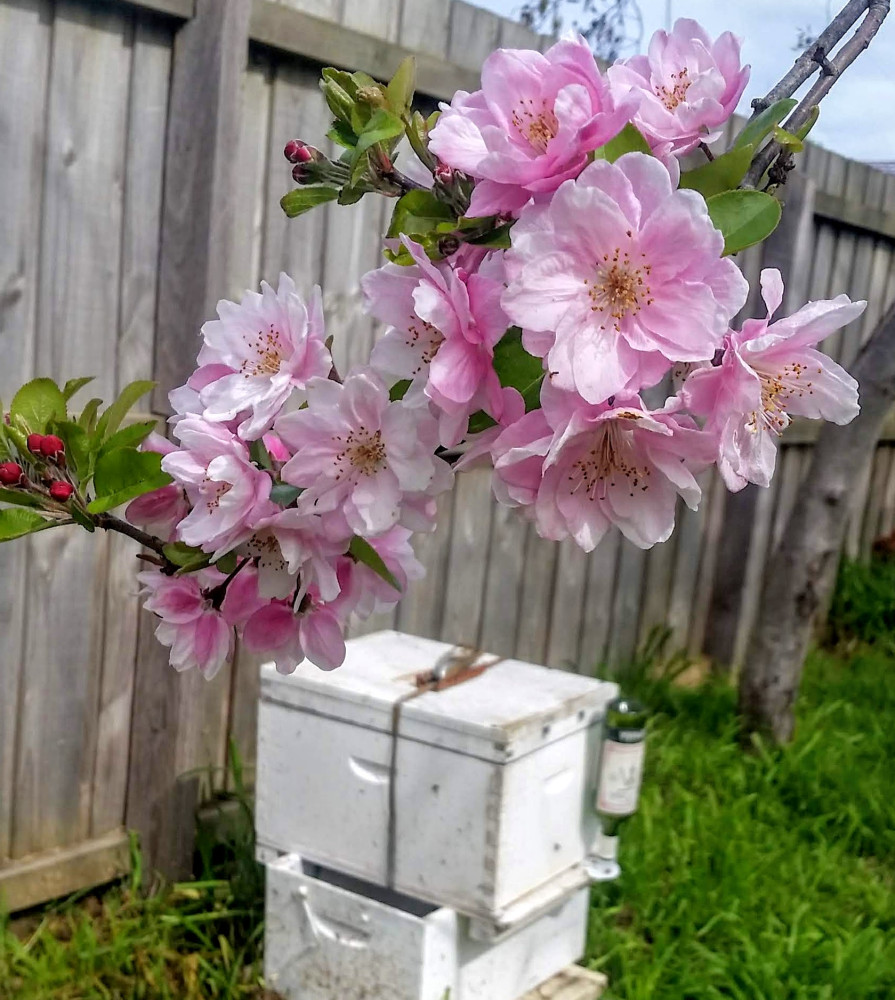 The hive in my backyard

I really enjoy stopping by to look at my neighbor's hives. When I stopped in at my across-the-street neighbors the other day they were in the garden having a glass of champagne each because he had just sold the business he's retiring from and they insisted I join them for a glass. It was a wonderful sunny day.

Friday and this morning were cold and rainy. It was nearly freezing last night. Another neighbor called me today saying he thought the swarm he had newly boxed on Thursday was dying from cold and asked if he could warm it up. "Sure, like wrap a blanket around it?" I asked
"I was thinking like take it in the house"
"Ahahaha I don't think anyone would think of that here" I said "but that's what they do in Ethiopia in winter! Absolutely go for it!" He's closing up the entrance of course. But its too cold for them to be out foraging so the bees won't be missing anything for it. 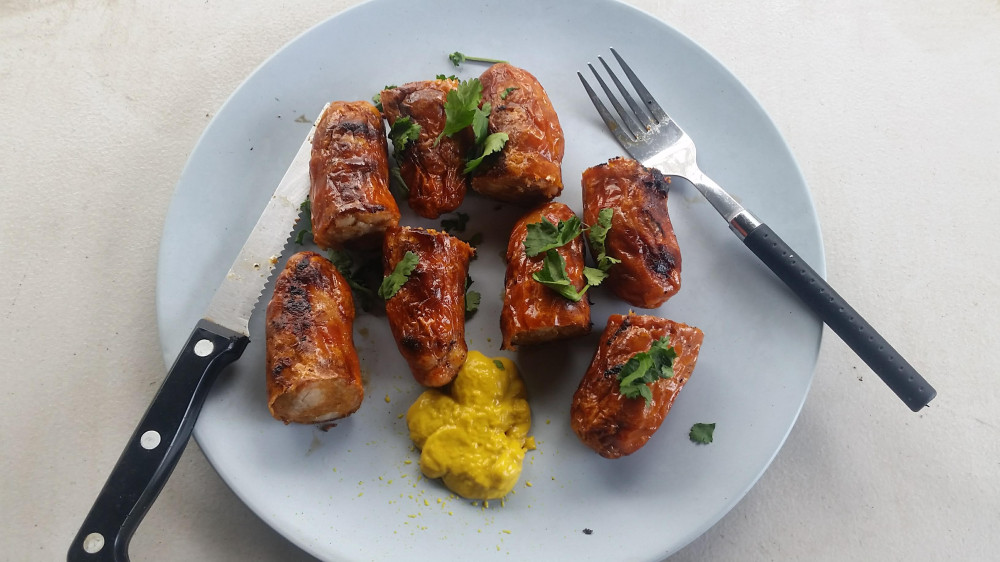 Also I've officially broken out the grill for the season! Sadly I was out of saeurkraut today (I'd been famously working through a 5 pound jar of it), and that small amount of mustard was the last of that too. Guess I need to go to the store soon!

Posts from This Journal “birregurra” Tag

Posts from This Journal “birregurra” Tag