What I'm Reading After What I Was Reading
So a bit ago I posted about what I was reading, notably a remarkably bad book called One Second After which I wasn't even done with when I wrote that. It continued to be just as eyerollingly bad through the end (additional notes: surprise surprise the bad guys turn out to be satanists, and while I wasn't surprisedto find out he teaches at the same college his protagonist does, I had assumed he had had a similar military career as his protagonist, until he described a battle and with my high qualifications as an arm-chair general of RTS games (please read that very sarcastically) (::sucks on the nub of a cigarette and looks grizzly:: kids today think they were hot shit if they fought in Arrakis in Dune 2000. Man I was there for Dune II ::thousand yard stare::) I immediately became suspicious of his military credentials. Looked him up and no he doesn't have any military career as far as wikipedia mentions. So his promoting his socket puppet self to the rank of colonel was just a colossal self aggrandizing wank). After finishing it I kind of wanted to see a professional reviewer rip it to shreds but a brief search of reviews only brought up some good reviews and I gave that up, disgustedly (admittedly I didn't search too hard, after the first two or three the disgust set in and I aborted).

Then I read Alas, Babylon! on

wpadmirer's recommendation, and got literary whiplash from the difference in quality. Especially coming right off One Second After I just couldn't believe how well written it was. Published in 1959 it follows a small community of characters in Florida through nuclear apocalypse. It's surprisingly upbeat considering the topic.

And then, also from comments to my earlier entry, I started reading Paolo Bachigalupi - first a collection of short stories ("Pump Six and Other Short Stories" I believe it was called), and now I've started the book length "The Wind-Up Girl" and I am definitely a fan! Some of his stories remind me of William Gibson's Neuromancer series, but it's definitely not derivative. His short stories seem to take place in one of several different post-apocalyptic options that are intelligently and creatively thought out extrapolations of current trends. I definitely recommend. 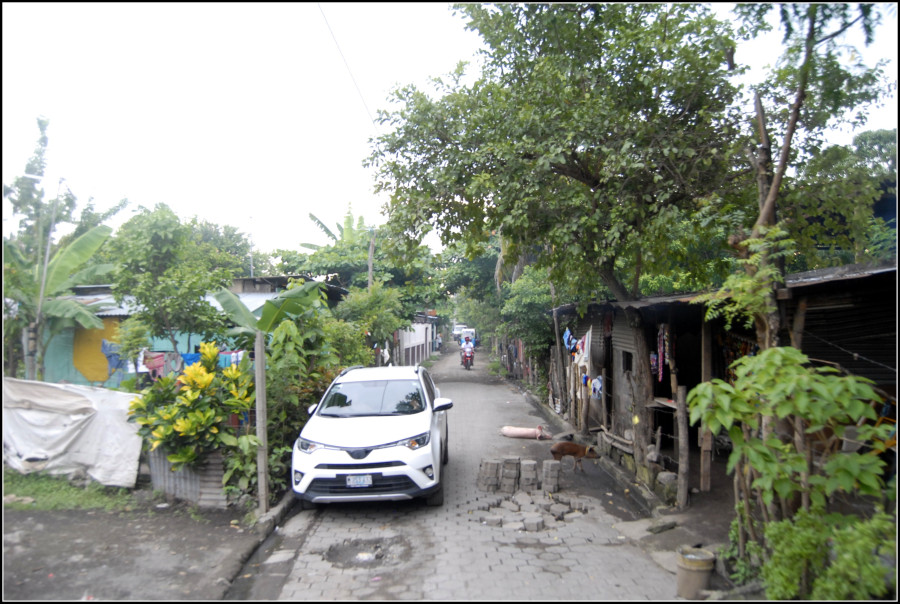 What I'm Writing After What I Was Writing
I don't know what's come over me. I've always been such a procrastinator. Maybe I'm procrastinating procrastinating. That Kyrgyzstan article? The Editor had said maybe he could use it for August and here I wrote it in February. He decidedly didn't invite me to write a second article even after I strongly hinted I could write more such "gems" (he didn't discourage me from doing so, he just didn't address the point). I figure I probably shouldn't submit a second article to him for at least a month.. and here I've already written it! So now I guess I have a month to dwell on it and keep tweaking things.
I don't feel as good about this one as I did about the Kyrgyzstan one, and since he really seemed to like that one I want to show that that wasn't just some fluke but a quality I can consistently deliver. This Nicaragua one, Nicaragua jumbled around in my head for awhile as I tried to figure out what the thematic arrangement of it all was until I felt like I literally had a eureka moment: the trip would be bookended with volcanoes/violence. I would start with being stuck in traffic in Managua with a volcano ominously billowing behind us, talk about my friend Vincent's organization (necessary because I feel I don't have really enough to say otherwise), then do the usual mix of travelogue / beekeeping observations, then talk about how there's unrest there again and conclude by lauding people like Vincent who stick through it all there trying to help people.
So that is/was the plan and what I have written. Since we have ample time and people are better at digesting smaller bits anyway, I propose posting here for constructive criticism the article piece by piece.

August 25th, 2017 - In the back of the pick-up, I keep nervously glancing between the billowing plume of smoke rising from the volcano behind us, and the traffic in front of us. The line of cars and trucks grinds to a halt. The only vehicles coming the opposite direction on this two lane highway, it becomes evident, are ones from our lane that gave up and turned around. On either side, the road is hemmed in by the leafy verdant outer sprawl of the Nicaraguan capital; bougainvilleas blending with colorful laundry waving on lines, cinderblock houses almost hidden by the irrepressible branches that tumble around and over them. People get out of their cars and chat with one another. Not speaking Spanish, I don't know what everyone is saying, but I gather no one is actually concerned about the volcano, the volcano is normal, the traffic is not. We're a bit panicked because Dr Van Veen, head of the Entomology and Apiology Department of the National University of Costa Rica, has a plane to catch and time is ticking away.
In the back of the truck with me is Vincent Cosgrove, a cheerful and energetic American who runs an organization in Nicaragua called Sweet Progress. Vincent had first come to Nicaragua in 2013 as an entrepreneur in the healthcare industry. Finding himself amid the impoverished community of Tipitapa, a satellite town of Managua, he realized the locals were far too poor for him to make a profit in healthcare. Where others might have moved on to somewhere with more money, he instead started thinking about how he could improve the lot of locals.
...

There follows about a page which I assembled from his promotional materials and asking him questions about his organization, but I'll post that hopefully tomorrow! But because it's directly related, here is the end of the section about Sweet Progress / being stuck in traffic:

After the presentations, we had to hurry to make the airport, and got mired in traffic. Eventually, desperate, we followed other cars into a side street and navigated the labyrinthine city sprawl, sometimes having to go around pigs sleeping in the street, or reverse around corners with barely centimeters to spare on either side after coming to an impassable chokepoint in the narrow streets. Miraculously we made it to the airport in time for Dr Van Veen to catch his flight.

Discussion topics: Is it a good start or too much of an immediate deflation / shameless attempt at a hook that I let the reader think we're fleeing a volcano for several sentences and then say we're not? Between the initial description and the details in my second blockquote, does it give an adequate sense of a city that looks like this? Keeping in mind they don't get the second part until a page after the first part so does the first part stand alone well enough? Any other thoughts??

If you for some reason want to see the whole thing it's here, I'm definitely changing it a bit every day and hopefully I'll render those changes to the google doc too.


Meanwhile in Venezuela
Venezuela has been without power for going on five days now. I really don't know if they'll be able to get it back again. I'm glad Cristina is on her comparatively safe little island. They still had power there last time I talked to her but I assume their telecom network runs through the mainland and it's been out so I haven't been able to communicate with her in two days ):

Its ironic in a not-very-funny way that the bad book I recently read is about a total failure of electrical networks and thats exactly what is happening to my girlfriend's country. And also in the "rah rah rah America!" book by this point the oh so meritorious protagonist was already conducting summary executions, as in, big bad Venezuela is turning out to be more civilized?
Tags: for constructive criticism, for the abj
Subscribe

Posts from This Journal “for constructive criticism” Tag

Posts from This Journal “for constructive criticism” Tag