Wound Up With Conclusions

The Wind Up Girl, a review
Recommended to me by

lookfar when we were discussing post apocalyptic books, this book takes place in a future where the global economy has been wrecked by petroleum having run out, and then "calorie companies" competitively destroyed rival crops with engineered crop diseases until much of the world was starving and dependent on buying food or sterile seeds from one of the small number of surviving campanies, all based far away in the US midwest. The story takes place in Bangkok, which has surprisingly survived all this, thanks in part to a seed bank they've managed to maintain in isolation. The author, Paolo Bachigalupi, has managed to fill his world with so many interesting details its a marvel to me. But what I think I like most is the complexity of his characters. You don't know which of the several main characters the book follows to really root for: one is a secret agent for the calorie companies who is written is a very sympathetic way such that its easy to feel like he's the good guy you're rooting for until you think about how the end goals he represents are pretty evil; one works for the very conservative, brutal and corrupt "Environmental Bureau" but you find yourself sympathisizing with their goals of protecting the country from the dangerous outside influences; one is a Chinese immigrant stuck beween all these larger forces who at times seems selfish but he's also just desperate to survive; and of course the titular characer, the wind-up girl, is a genetically modified person who faces a very great deal of mistreatment (big trigger warning if you're sensitive to these things, she suffers a LOT of abuse by people who consider her a less-than-human toy) but as one can guess from the title, ends up having an important role. Altogether I loved the book for the complexities of the characters and the detailed, vivid, thought-provoking world that Bachigalupi created. I strongly recommend if this sounds like your kind of book at all.


I'd like to continue reading all the Bachigalupi I can get my hands on but before I drift too far from traditional apocalypse I'm starting on the 1957 novel On The Beach by Nevil Shute. Should be a good comparison with Alas Babylon which I just read, which was published in 1959. I've only just begun On the Beach but I'm a bit excited that it actually takes place in Melbourne, near me (Though the protagonist lives in a fictional suburb called Falmouth which I just googled and learned is based on Frankston, across the bay from me). 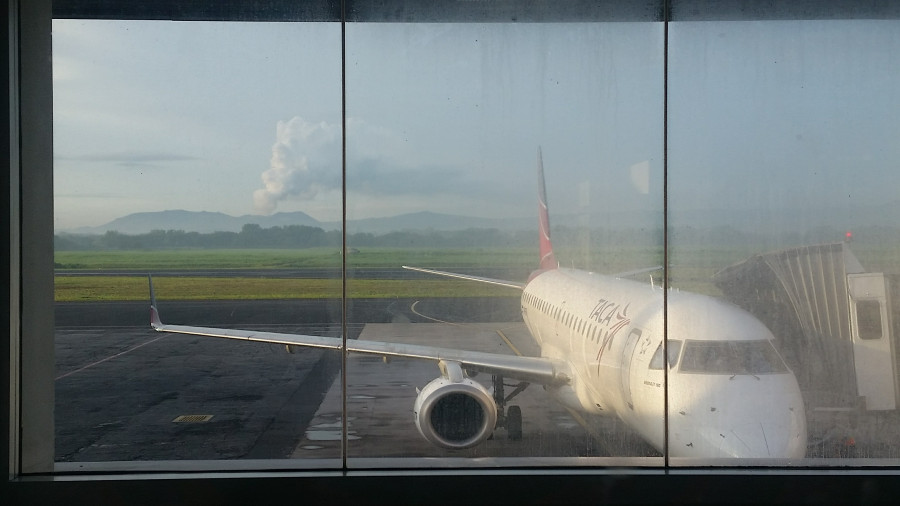 Trying To Find The Best Conclusion
Still tinkering with the conclusion of my Nicaragua article. First I tried rewriting it entirely several times only loosely using my favorite words from previous iterations. As that didn't seem to solve my problems I decided to actually try writing it in verse, not as sometihng that would go in to the final product but to maybe shake some better turns of phrase out and/or exercise my sense of pacing since the pacing of it seemed off.

Iteration 1
The volcano smoke plumes recede below me as my plane departs, a potent symbol for the simmering instability of this beautiful country. I think back to the bullet holes I've seen in walls, the murals and heartbreaking personal stories about the civil war. That instability would erupt into violence again, in 2018 black columns of smoke were again rising in Nicaragua, as clashes between protestors and paramilitaries left 300 dead and churches besieged.
Despite the volcanic political violence, it's inspiring to think of people like Padre Fabretto and Vincent Cosgrove, the charitable organizations they've built, and the many volunteers who brave these dangers to help the people.

[notes: that first sentence is a bit long and awkward]

Iteration 2
I watch the volcano smoke plumes recede below as my plane lifts me away. The plumes seem a potent symbol for the instability of the country. I had often looked up at the ominous columns of smoke, or jumped at a sudden alarm – sure they were erupting, but the true simmering instability was written on the walls: murals of protestors throwing molotov cocktails at riot police, or simply actual bullet-holes. The following year, 2018, the political situation erupted again, pro-government paramilitary militias clashing violently with protestors, leaving three hundred dead, and man-made columns of ominous smoke in the sky.
It's inspiring to think about how, undaunted by the smoke columns both natural and artificial, people like Padre Fabretto and Vincent Cosgrove, the charitable organizations they've built, and their many volunteers brave these dangers to help the people.

Iteration 3: As a Haiku Series!

Bullet-holes in walls,
And murals of molotovs,
Instability.

Dauntless volunteers,
Such as Padre Fabretto,
And Vincent Cosgrove.

[I don't know if this was really any value to me except thesaurus introduced me to the word apologue, but I don't think it's really quite the right word anyway]

Iteration 4: As a Rhyming Verse Poem
I haven't even even attempting to write a rhyming poem since probably elementry school, and I'm assuming back then I didn't worry about iambic pentameter or possibly even syllables per line. Maybe it would have been easier to not think about those things and just let it flow, but Ii ahve to admit I had to google exactly what the rules are for writing a poem and once I knew them my OCD brain became, well, obsessive. Though iambic pentameter quickly drove me mad and I gave up after two lines on that. All in all I only got one complete (and awful) verse before losing my mind entirely:

*[what I eventually decided on was to just make it fit the syllables and then try to rearrange words to make lines 2 and 4 rhyme but in the second verse I couldn't come up with a way to do it. Yes I didn't get very far at all. Though this exercise did result in me realizing the bullet holes should be merely in walls but in plaster walls, so there's that]

Bonus Iterations: Koriander Steps In
I explained my poetic woes to my good friend Kori, who is always good at word games and such, and while I had spent hours coming up with one and a half crappy paragraphs she churned out two spectacular verse renditions on the spot:

Kori Encore now with 100% less rhymes!
Black smoke billows
Rises up into the air
To reach me even here
As a jet plane takes me away
The sound of ricocheting bullets
Recede in the distance
But hauntingly continues to ring in my ears
The after-image of a million stories
Of a war-torn place
Deceptively beautiful dress in its lush greenery
Yet, hope also rises
Flares sent up by bold bravery
To combat the despair
Championed by a stalwart few
Who are unsatisfied and won't settle
Hearts united in charity and human kindness.


[Poetry Exercise conclusions: The one english teacher I had whom I actually respected had urged me to take the poetry class even if I wasn't interested in writing poetry, becaues it would make me a better writer. I packed that idea away but I think even if I hadn't left the country before the next term I wasn't itching to take a poetry class. But now I'm thinking it probably was good advice, I think I need to work on fitting words together more poetically, even in prose. Also, Kori is really good at this.

Iteration 5: Back to Prose
I watch the volcano smoke plumes recede below as my plane lifts me away. The plumes seem a potent symbol of the instability simmering under the surface of this beautiful country, the instability written with bullet holes in stucco walls at ground level. But its inspiring to think despite the dangers, people like Padre Fabretto and Vincent Cosgrove remain, undeterred. Regimes come and go, man-made plumes of smoke reach up into the sky, but as long as there is a need of education and hope among the people, the organizations and volunteers dedicated to providing it remain.


Any feedback on what you think is working and what you think is not working is much appreciated!! The most enduring problem I think is that I'm having a surprising amount of trouble teasing out the lauding of Fabretto and Cosgrove to a few sentences so it doesn't feel like they're jammed together in one breath. Also I'd like to mention the later violence in 2018 as sort of evidence that it was indeed waiting to blow, but I'm not sure it fits and you see its left out of the most recent iteration.