The Queens of Isla Saona 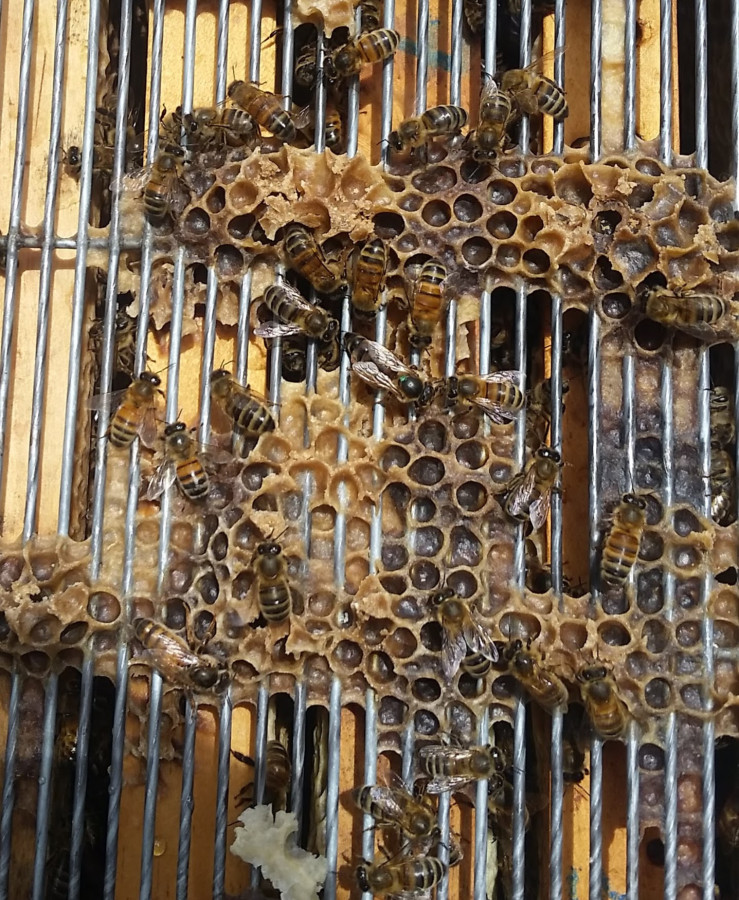 A beehive is a stack of boxes. Technically the ones above the bottom ones are called "supers" because they go above the bottom one but I think that's dumb and just call them all boxes. See picture below. My hives generally have a "queen excluder" which keeps the queen in the lower two boxes so she doesn't put brood (larvae and pupae) in the "honey super" above. The queen excluder (abbreviated as QX) is the metal bars you see in the above picture, workers can fit through them but queens cannot.

When opening the hive one first takes the lid and places it upside down on the ground. Then one inspects the frames in the top box. Then one places that box on the lid, flips the QX over as one places it on top of that box. One does this so if the queen happens to be on the QX she'll stay on the correct side of it. I've always said I've never actually found the queen on the QX but there's a right way and wrong way to do everything.

The first thing I noticed about hive S-7 "Isla Saona" yesterday was that there were two frames of brood above the QX. Okay I probably accidentally got the queen above the QX. But then after I've finshed the first box and flipped the QX I find brood in the second box. Okay probably the QX is broken. The width difference can be so subtle one can't see that it's broken with the naked eye. I go through the bottom two boxes and count 12 frames of brood but don't find the queen. Queens are hard to find, it's easy to not find the queen, and if I don't absolutely need her I don't stress about it as long as I know she's there (usually evidenced by eggs, which last three days before hatching).

I flip the QX back onto the top of hte second box. Before putting the top box back on I look at it again for the queen but don't find her there. Then I look at the QX and there she is. Long and dark like a limousine, with a little green spot I had placed on her previously (but only a little one because I've been having trouble with my marking pen). As I'm standing there admiring her fondly suddenly I see A SECOND QUEEN! What! 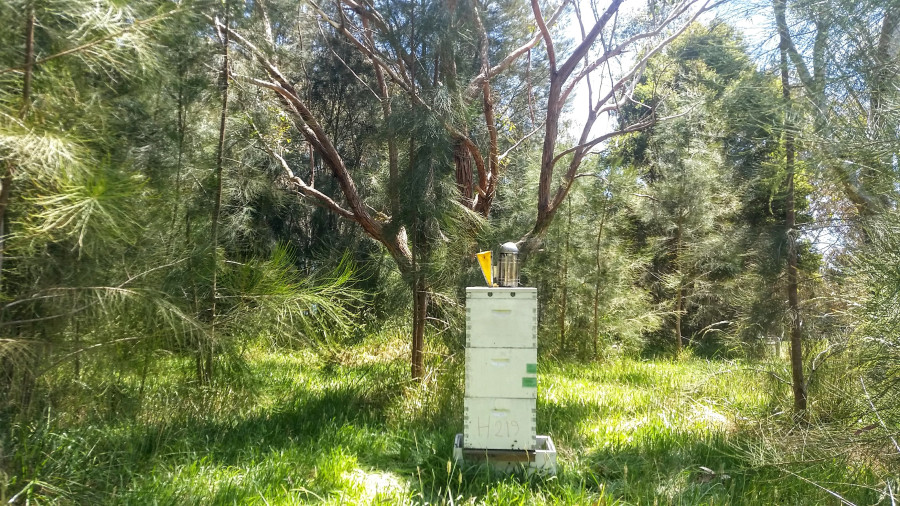 There is of course "only one queen in a beehive." Conventional beekeeper wisdom is that actually you can have a laying queen with her no-longer-laying retired mother, or if you have three or more boxes and restrict one queen to the bottom box and one to the top box it might work. But in this case I think they were clearly both laying ... 14 frames of brood is more than any other hive I have, it probably took two.
While it might be tempting just to see if this hive would continue to operate with two queens, as I watched them a few workers seemed to be chastising the queen with the green dot. So I removed her and placed her in an empty gatorade powder container I keep for that purpose.

I placed her in the second nuc hive on my porch (which has become queenless). I think I'll make sure she's laying and then install her in my neighbor's queenless hive. 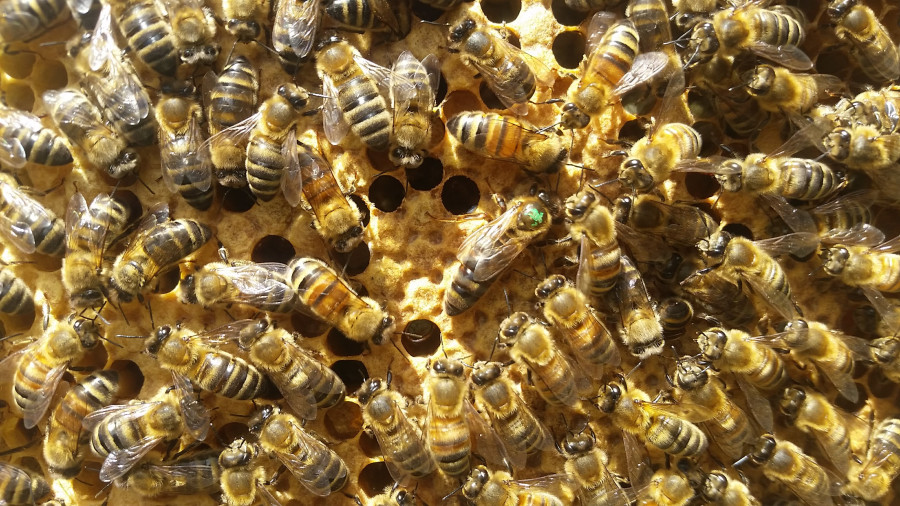 A photo of a different queen from today. They're just so beautiful. (: