Today Cristina reported she went wit the taxi driver who drives her to work to get gasoline but there was no gasoline and too many people. Apparently she was eventually able to acquire gasoline on account of being a doctor.

Today being sunday, I actually took a day off work. It was rainy in the morning but actually quite nice in the afternoon and I went walking about along the river beside my village. There were many people walking about, either with their dogs or their kids. When meeting we would greet eachother in a friendly manner while edging around eachother to maintain about twenty feet of distance. 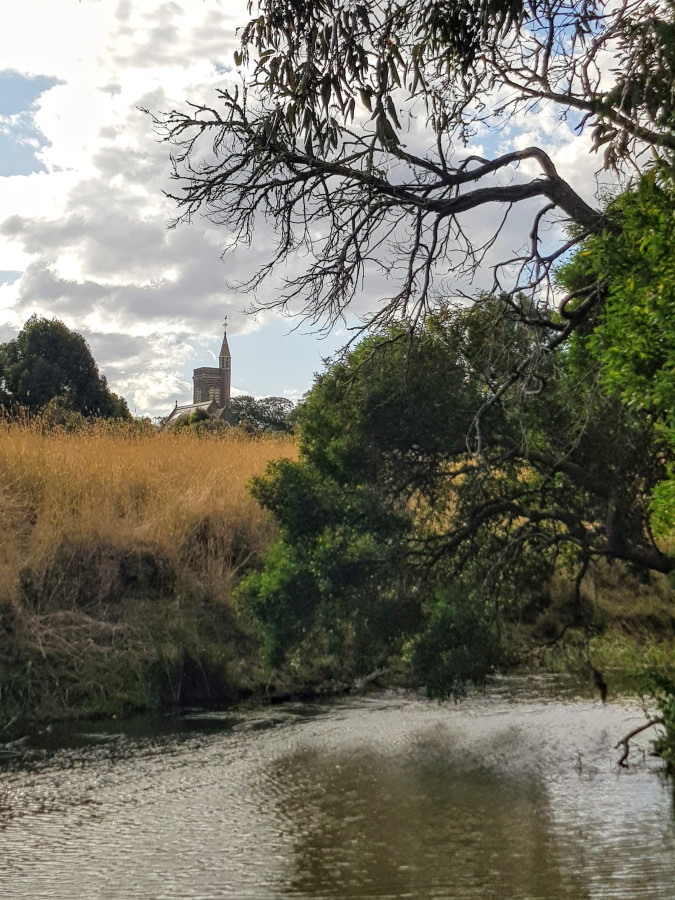 picture from my walk today

I submitted a little article for the bi-weekly ("fortnightly") town newsletter today, but was told the issue after this next one might not go out as scheduled. Personally I think they should keep at it.