Sinking of the Pilgrim

As I woke up at 06:30 this morning, still pitch black outside, I reached for my phone to message Cristina, the first thing I do every morning, and... why do I have 20 messages from eight different people?? 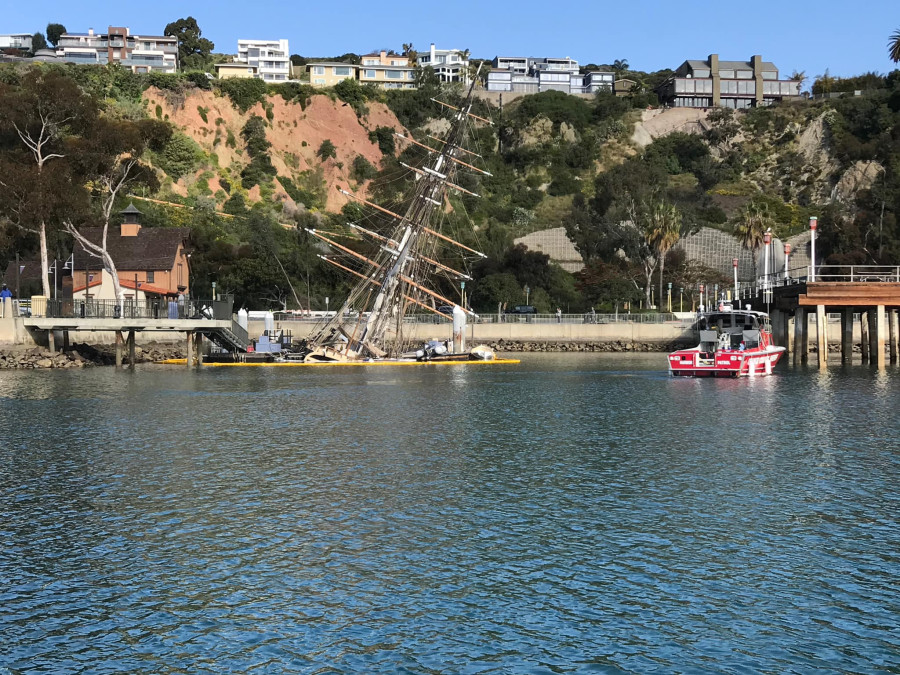 The Brig Pilgrim. Has sunk.

"Ole Pilly" was my first tallship. I went aboard as a sixth grader for the overnight program in ancient times. More recently it was my introduction to crewing on tallships. My mom was chaperoning a class of sixth graders on another program, and asked the crew how one gets involved, and they told her about the Saturday morning maintenance sessions. That must have been 2009. Ever since, as long as I was in Southern California, I was usually down there on a Saturday morning swinging from the rigging painting blocks or tarring backstays or some such fun. Once a year the ship used to go on a three week sail which was kind of a reward for the volunteers, though the last time I had a chance to go I was kicked off by an organization big-wig for having ebola.

The Pilgrim was built as a working sailing vessel in Denmark in 1945. In the 70s she was sailed to Portugal to be refit as a replica of the famous 1830s era sailing vessel Pilgrim from the book Two Years Before the Mast (and renamed accordingly). And then sailed to Dana Point (which is named after the author of said book because the place is featured in it).

People are speculating it was an "insurance job" since the organization was already hurting before the coronavirus dried up the last of their school groups (or probably any attendance of any kind to their marine science museum). I doubt they actually opened a seacock or drilled a hole, but I do think it could maybe be called "sabotage by neglect" ... the organization had been severely skimping on her maintenance for years. She's the reason the OI is even on the map and yet they treated her like the red headed stepchild.

To quote an apt line from the sea shanty The Marie Ellen Carter: "Well, the owners wrote her off; not a nickel would they spend / She gave twenty years of service, boys, then met her sorry end" 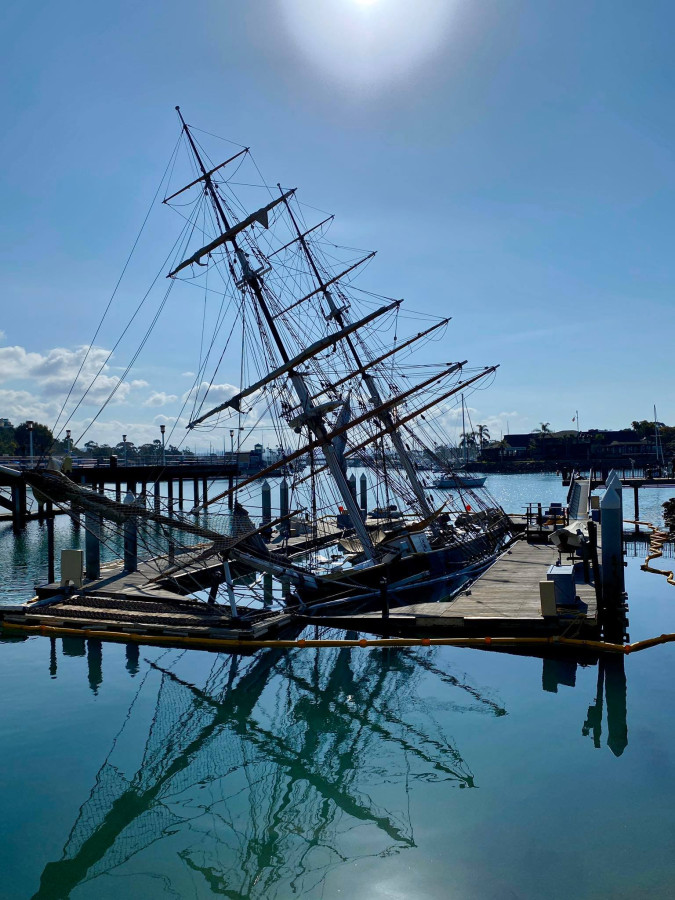 Normally I'm sure all the volunteer crew who can would get together to sing Leave Her Johnny Leave Her and other departing sea shanties to the poor girl but...


Today I extracted a lot of honey. Then Cristina sent me a picture of the pizza she had just made and I couldn't get pizza out of my head, so I justified that I needed to support the local buisinesses and ordered a pizza from the general store (they have a pizza oven, make them fresh).

Today, March 30th, is International Doctor's Day. So I went into the Birregurra Health Center to bring them some honey and a card. It's only about 150 meters from my house.
There were some big signs on the front door with "ATTENTION" and "READ THIS BEFORE ENTERING" on them. The signage instructed visitors to the health center to enter one at a time, immediately use the provided hand sanitizer, approach the receptionist no closer than the rope barrier, tell her the reason for the visit, and then wait in car until called.
It seemed news to the receptionist, as it is to nearly everyone I think, that today was international doctor's day, but she seemed really touched. I asked how many people worked there but she was having trouble counting up all the various people who come in on different days, but I determined there are three doctors who work different days, and on this day there were four staff in. So I left jars for all the staff that were currently in plus one each or the other two doctors. And my handwritten card thanked them for risking their lives on the front lines every day.

As I was leaving I saw the main doctor, all masked up, admonishing an elderly gentleman in his car "that is NOT a suggestion Bill!"