Not With A Bang But A ... Creepy Speech


America is burning. If I have this chronology correct, Last night Trump vowed to use the military to stamp out the protests he himself has been fomenting. His word choice during his short speech is creepy and chilling. He accuses protestors of "crimes against God" among many other things. Don't get me wrong, obviously there's a police brutality and racism problem that is not directly related to Trump, I mean, it existed long before he was a public figure, but his encouragement of racist attitudes has not helped the behavior and his criticism of the protests has definitely fomented stronger protests. Mobilizing the military seems like any reasonable person could see is NOT the way to de-escalate this.

Take note too that he specifically says he'll send in the military "if a city or state refuses ... then I will deploy the United STates military and quickly solve the problem for them." -- whatever happened to the party of States Rights?

He delcared "Antifa" a terrorist group, which, to quote what the fuck just happened today (a great daily roundup I like to read every morning), "Antifa, however, is not an organization and does not have a leader, membership roles or any defined, centralized structure. Further, if antifa were a real organization, current law only permits the State Department to designate foreign organizations as terrorist groups. The U.S. does not have domestic terrorism statute." Antifa is just a loose term self-applied to people who are adamantly against fascism, and to my knowledge no one has ever done anything more terroristic under the antifa name than vow to punch nazis in the face, which I'm pretty sure we're all in favor of. I'm pretty sure declaring it unlawful to be anti-fascist is the very definition of fascist.

Anyway, after this press conference in which Trump declared war on the American people, he apparently went across the street, where he had his security detail clear peaceful protestors away from a church using tear gas and pepper spray so that he could have a photo op in front of it while brandishing a bible. The local episcopal bishop responsible condemned Trump's use of the church, noting that while there "he did not pray," and just used it "as a backdrop for a message antithetical to the teachings of Jesus and everything that our churches stand for."

And then, and THEN, that evening as protests swelled in front of the White House (again, I'm assuming there's usually protests there when tehre's somtihg national like this, but being as teh White House wasn't directly involved in George Floyd's death, if the president had responded with empathy and a good faith desire to improve things, the White House wouldn't itself be a target of protestors), Trump felt cmopelled to hide out in the underground bunker under the White House and turn off all the White House lights. I assume they took this latter measure so no one could get a good photo of the White House in the background with protestors in teh foreground.

Someone on facebook speculatively asked if this was "the Storming of the Bastille or the Burning of the Reichstag" -- I think it's both. I think we have a president who thinks getting the Bastille stormed would be the perfect excuse to burn the Reichstag. 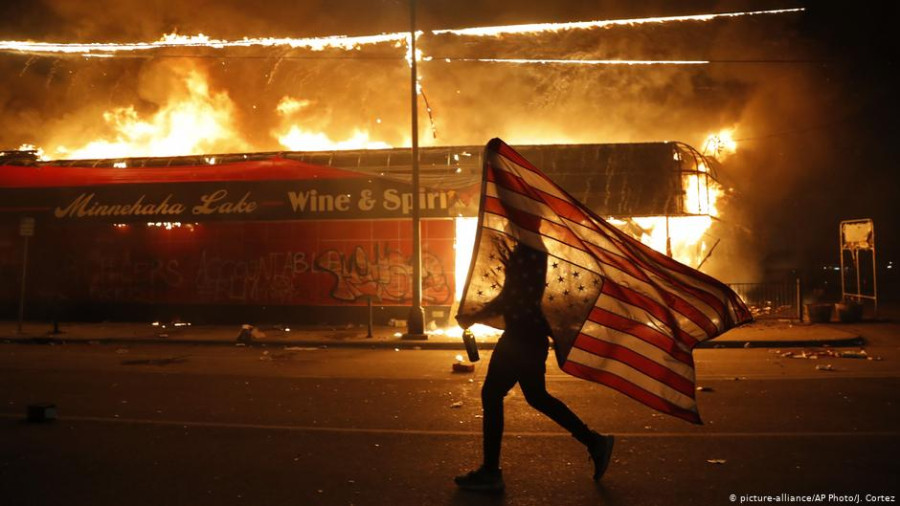 Posts from This Journal “news” Tag

Posts from This Journal “news” Tag