Some updates on yesterday's incident at the White House. First of all, as Stephen Colbert points out in the below clip, you can actually HEAR the flashbangs or teargas in the background as Trump is making his creepy speech:


It's subtle but it's definitely there. That's really creepy. That really makes it like a war zone or like "Baghdad Bob's" humorous newscasts from Baghdad denying the collapse of the regime around him.

Also not only did Trump clear protestors away from in fornt of the church, there were actually several priests / deacons / church staff that had been on the steps handing waterbottles and things to protestors who were also chased off. He chased the priests out of the church so he could go stand in front of it and pretend to be the uberchristian!!

I do think all in all it has been so roundly condemned that it must be clear even to him that this was an enormous PR gaffe. I haven't heard a thing from or about Trump today so maybe he really does realze he's just made it worse??

Also Australia got a big steamy serving of the news live -- apparently an Australian news channel was broadcasting live at time time, as Aussies across the nation watched the news while eating their vegemite-on-toast, they witness the Australian new team get brutally attacked by the police -- an unprovoked smashing with a riot shield followed by a punch in the guts. The Australian government and embassy are demanding an apology and investigation, so now it's an international incident on top of everything else.

Speaking of embassy news, someone in the Americans in Australia group today shared a screenshot of a message from the United States Mission to Australia which basically said, if one doesn't get out on either a flight out of Melbourne on June 5th or a flight out of Brisbane on June 6th, you must be prepared to stay in Australia indefinitely. It rather reminds me of the rescript of Honorius. 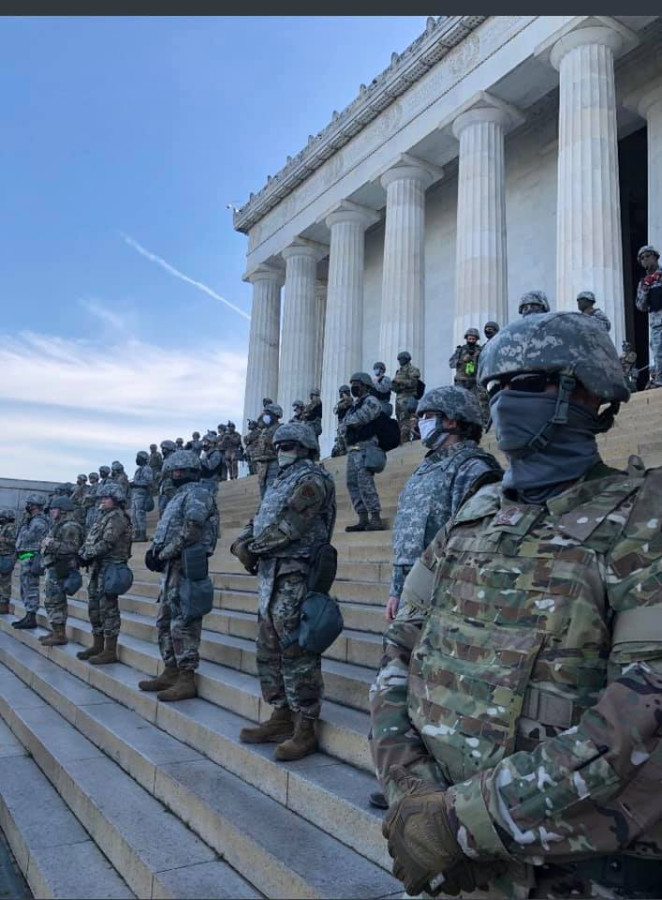 And here's another gratuitously fascist-looking photo.