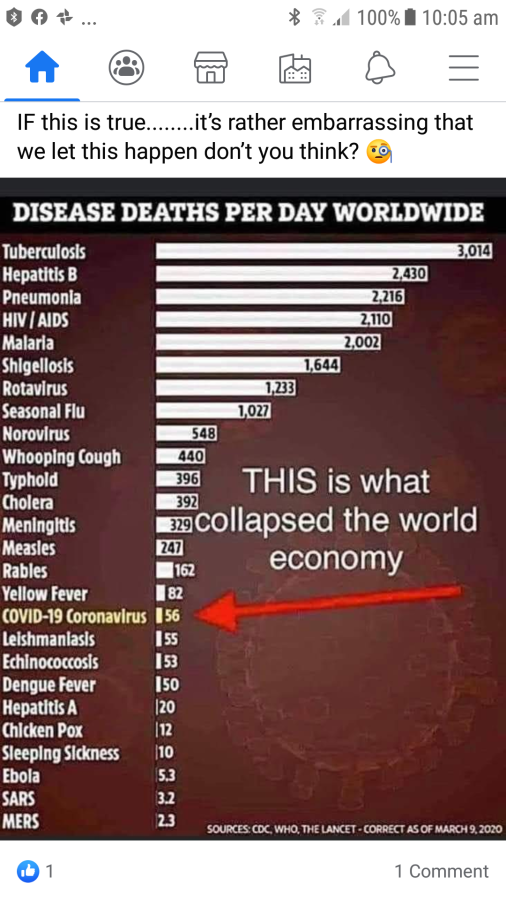 One of my friends keeps sharing memes downplaying the seriousness of coronavirus and/or sometimes outright conspiracy theories. What's weird is this friend is one of the most empathetic people I know. He'll know you're having a bad day before you do an he'll be asking you about it in a very caring way. He'll know if a passing stranger is having a bad day and be genuinely bummed about it. So why these posts?

And I have other facebook friends who also post these kinds of things, but they're generally people who are generally predisposed to conspiracy theories and/or less empathetic political views. So what could my empathetic friend have in common with them??


It is commonly known that a "sociopath" is someone completely lacking empathy, and I've read elsewhere that people can generally only truly care about 7 people. I propose that there's actually a lot more shades of grey in both these numbers. That there's the empathy you feel for the people you directly know, and the empathy you feel for the people you don't know. Whether or not you care about 7 people, I think for some people people they don't know aren't real people. This isn't because the person is necessarily evil, my friend is the nicest goodest person I know, but it's a sort of form of object permanence or abstraction that he just can't wrap his brain around.

I actually came at this theory not from an empathy angle but another. I was thinking about how could you possibly believe these crazy schemes that involve vast multi-organizational government conspiracies, and it occurred to me that they could only make sense if you don't think of everyone presumably involved in putting it on as people but as some sort of cartoonish evil minions. I know people are basically self interested; I know on an organizational level organizations are definitely self interested; but I also know there's just know way you could get thousands of humans to work together on a sinister conspiracy such as making airliners disappear or faking a virus without loads of them betraying the whole thing, because they're humans.

If I might contrast myself with my friend, I don't really consider myself particularly empathetic. One person I know tells me about their bad day I'll say "that sucks dude" and try to look sincere because it's expected and it probably does objectively suck, but I probably won't lose sleep over it so to speak. But I remember when this whole pandemic began, and before it effected me in any way, I remember I was feeling really genuinely depressed and down, which is really unlike myself. I rather propose that in contrast to my friend, the abstract millions I don't know are very real to me and if something bad is happening to a great deal of people I feel it -- but conversely, and possibly as a direct consequence, one person's bad day pales in the scheme of things.

But a lack of being able to think about people they don't know as real people can explain so much about conspiracy theorists, racism, and why these people usually espouse the less empathetic side of politics. But again, even otherwise good people can apparently be afflicted by this apparent lack of stranger realness. Hmm I need a good word for this theory.


PS: in response to the meme he posted, I wrote back that "all available information indicates that if left unchecked covidia _would_ overtake all those other causes of death, and to suggest that because social distancing is working it needn't be taken seriously is preposterous"

***Edit: it's been pointed out that the chart uses data from extremely early in the whole situation. Current data even on low reporting days (weekends) still tops the chart, and at it's height the numbers were around 8,000 deaths per day, more than double the top of this chart. See this animated chart for how things progressed. 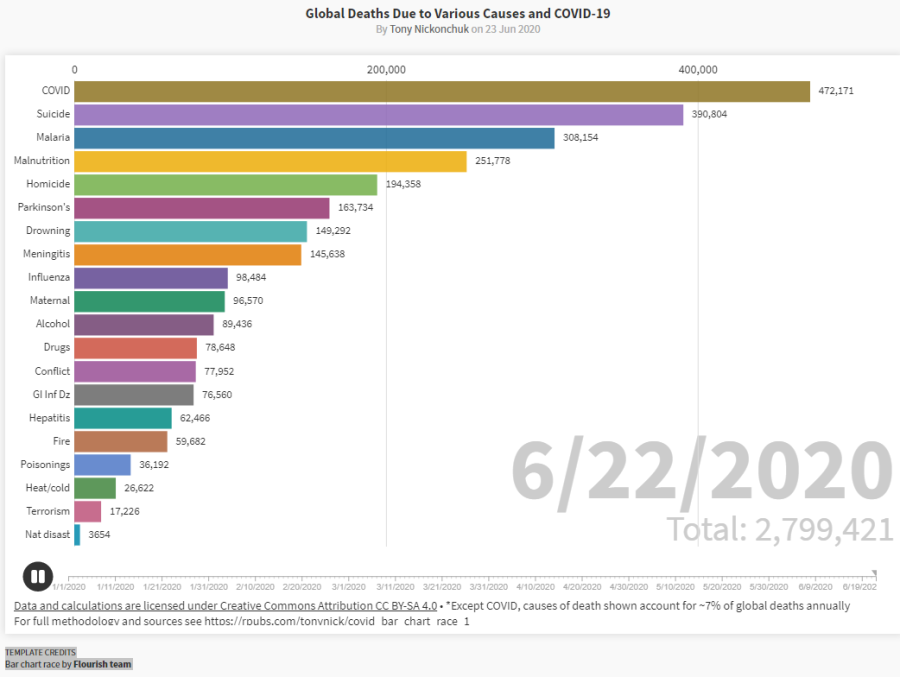