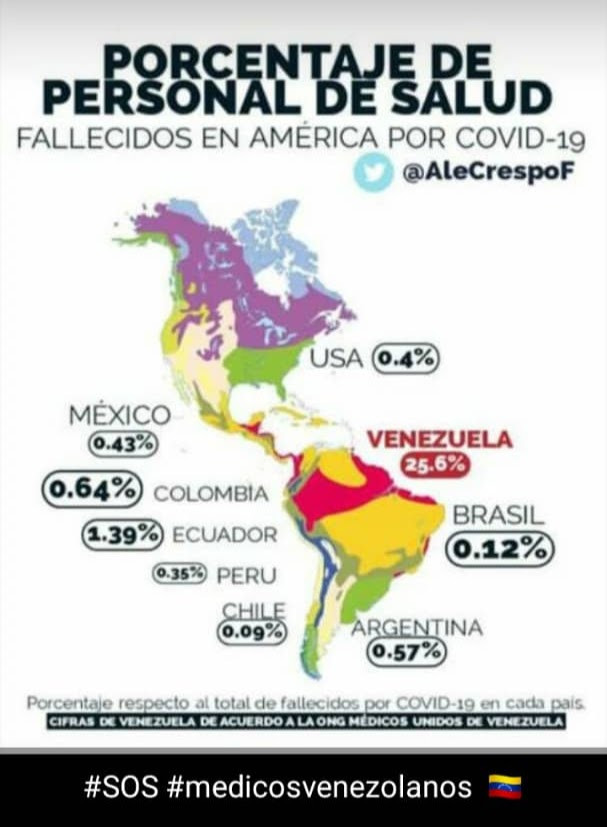 The above graphic is of deaths of doctors as a percentage of all coronavirus deaths in a country. As is quite clear, this statistic is overwhelmingly out of proportion in Venezuela.

As you know, I was extremely stressed and worried about Cristina's safety. I succeeded in getting her the money and she found a source to buy a full set of gear. I breathed a sigh of relief that she finally had adequate gear, though she still faces substantial risks.
"Do co-workers have this protective gear?" I asked her after her first shift with it, hoping they all had their own secret source.
"No, they do not." she replied. No longer quite so worried about her, now I was worried about her coworkers, many of whom are older and/or have families they're going back to every night. Several times there've been rumors that the hospital would close due to to the complete lack of safety for the doctors, or the doctors would refuse to come in, but they always come in in the end, "because the patients need us."

Cristina and I have figured out how to get money into Venezuela and buy the needed PPE, maybe we could help her coworkers? 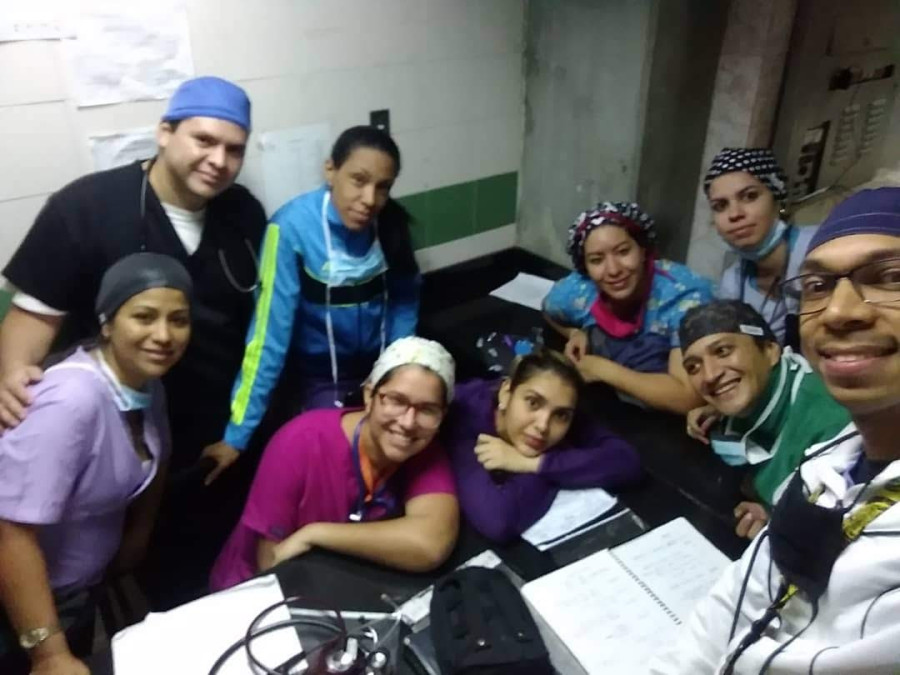 My previous foray into fundraising hadn't actually gone that well. The Bee Aid International adventure only raised a fraction of the costs I actually faced (and gofundme itself only raised a preposterously small amount, like $60). Still, however, this is a manifestly compelling cause, and many people whom I had told about the situation had earnestly asked if there was anything they could do. So I created a gofundme campaign.

Initially our goal was $1000 and the scope was to get PPE for her coworkers in the anesthesiology department. We actually achieved $1000 in less than 12 hours, so I've expanded the scope to the operating room staff (her recommendation on who she thought was most in need), and increased the goal by $1000. Donations currently stand at $1,250.

Please don't think that because donations have been good so far that it's all taken care of, there's a much greater need and every big helps! If you can afford to make a donation please do! Show these selfless doctors risking their lives that people all around the world appreciate what they do and our hearts go out to them.

Also it helps to share it on facebook and such-like. Though I'm trying to not fully broadcast it in such as the open airwaves of Twitter because the Venezuelan government maintains that they don't need any aid and if this happened to come to their official notice it might have bad results for her. 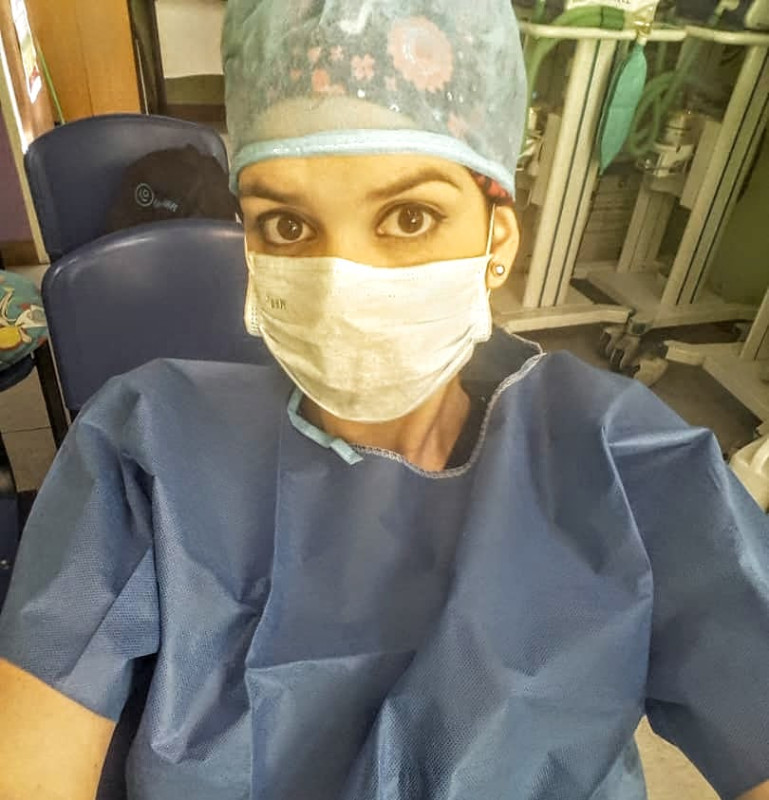 PPE For Venezuelan Doctors on Gofundme.com