Yesterday (Friday) was a very lovely day. 76f and sunny. My application for permanent residency had just finally been lodged, finally freeing me from the threat of being expelled from the country on the 5th, so I was in a very good mood. For an hour or two at twilight I've been cutting blackberries along the slope beside the river at the edge of town, to make a trail, and this fun project was much on my mind in the morning. The trail is being bored a dozen feet a day through the thick tangle of brambles and was getting very near the comparatively clear "other side" of the entangled slope. In particular just the evening before I had discovered instead of slipping on the loose hillside and carrying the cut tentacle-like branches all the way back out of the track, if I carefully laid them lengthwise underfoot and stood on them they made a great stable trackway. So in the morning I eagerly thought about getting back to that, but first I had a busy day of beekeeping, to take advantage of the good weather!

Mid-afternoon, around 3pm-ish, I was emerging from the forest when my phone started giving me notifications. I glanced at my phone and my brother (Tobin) had sent me a screenshot of a Trump tweet announcing he (Trump) had coronavirus. I nearly swerved off the road! I had to stop and demand "IS THIS REAL???!?" it turns out, as you probably know, it was.
The rest of the day I was checking my phone between every hive as the updates continued throughout the day. More Trump allies infected! Trump off to the hospital!

I'm not gonna lie, this already good day was suddenly upgraded to euphoric. I've seen some hand wringing from people saying its immoral to wish ill on even Trump, and some Trump supporters posting that we should be ashamed, but you know what, no. Trump has downplayed this all along. Becuase of his downplaying this 200,000+ Americans are dead and now he himself is sick. It's his own damn fault and I'm not sorry. He mocked Hillary for getting pneumonia during the 2016 campaign, he mocked the McCain family when McCain died, he deserves exactly zero sympathy. He is a direct threat to the health and very lives of Americans and if this severaly damages his elections then it is objectively good.
On top of all that, I think there's been every indication he planned to lead a chanting mob on election night to dispute the results, which was a terrifying prospect for democracy, but I doubt he can do that from a hospital bed. So yeah, no, this development may have saved America and I won't pretend some imaginary "high road" compels me to feel sympathy for this ogre.

Anyway, in this state of euphoric wonderland I mnaged to finish the day, inspecting at beehives until the sun set around 6ish. Driving back to work to unload the truck, legendary cat Cato came to greet me and I held his warm furry purring koala-self for possibly an hour while I contentedly watched the big yellow moon rise. And took a photo: 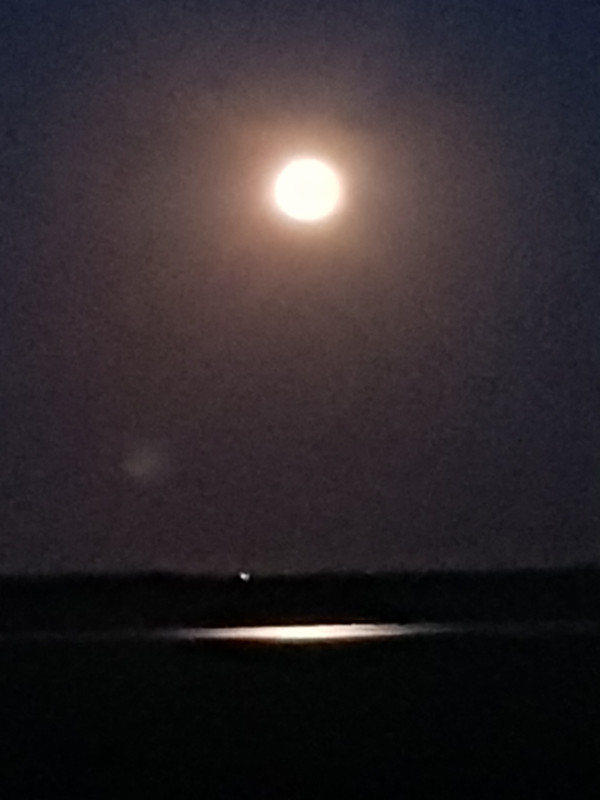 Here is the moon. Did you know it's surface is "slightly brighter than that of worn asphalt" according to wikipedia?

This morning (Saturady) wasn't even forecast to be a sunny day but it turned out to be yet another nice sunny day. I eagerly walked over to where the blackberry cutting had been going on and found the other two guys who have been having a hack at it in mornings had actually succeeded to cutting all the way through!! I was disappointed though that they didn't seem to take note of my track-laying technique and had manually lugged all the cut branches all the way out and left the soft bare earth of the slope to be directly walked on.
And then throughout the day today about every hour we find out that yet another member of the Trump camp has come down with Covid!
It kind of reminds me of the 30 Years War. Ah it seems like just yesterday ::gazes off into the distance:: but no really, so the war raged across Europe with important battles happening in different corners with important ramifications but the news might take weeks to get across. So for example, RBG dies, it feels like "our" side has just lost a significant battle somewhere a bit far away but turning the tables so things seem nearly hopeless for our side. But then just two weeks later there's another battle, and throughout the day news is slowly trickling down to us of all the major figures of the opposing side who have fallen as casualties in it.

Though in studying the 30 Years War, which I've been finding fascinating lately, I still can't decide for the life of me which side to root for.

Anyway, in conclusion, Spring is here, in spirit, in the weather, and apparently in politics. 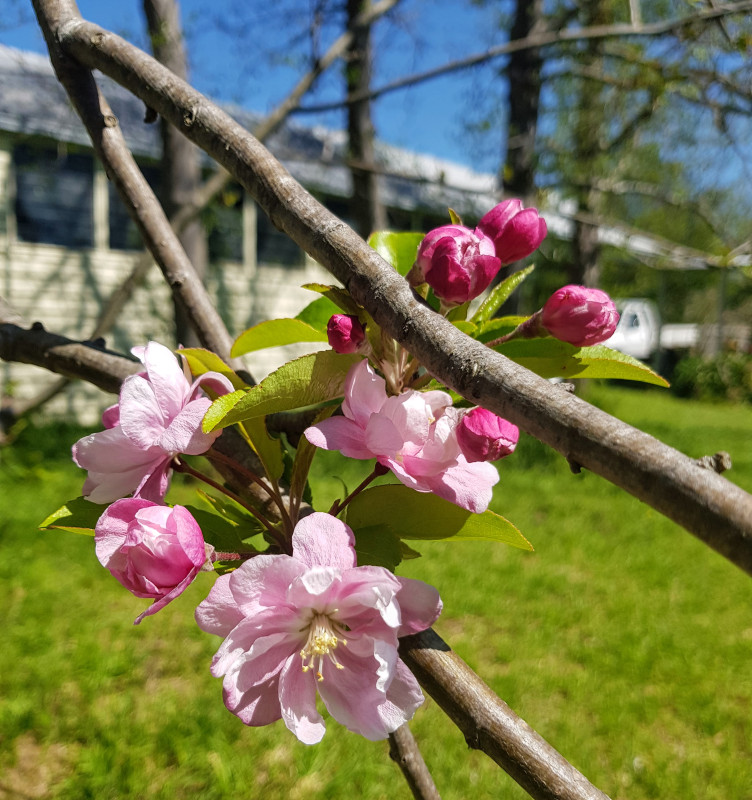