The current state of things:

Australia: we haven't had any cases in this state in 21 days now. They are very slowly easing up restrictions. Masks are still mandatory inside but while outdoors one merely needs to have one on them and wear it "if you can't social distance" (ie, most Aussies won't). Melbournians have been released from the "ring of steel" and flooded in the coastal areas down here in historical levels the first weekend they were free. We were a bit leery but they don't appear to have brought any cases with them. There's still a handful of cases in other states, including a recent outbreak of 17 cases in the neighboring state of South Australia (apparently, a cleaner at a quarantine hotel got it and then an employee at a pizza place got it and infected many people? I'm not very well plugged in to Australian news though). 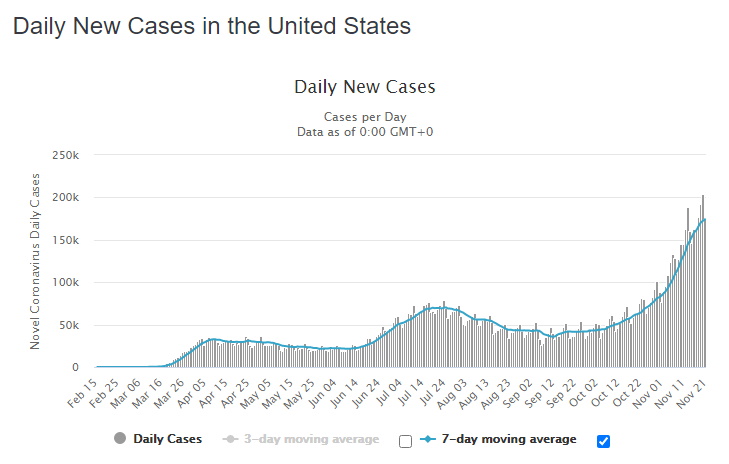 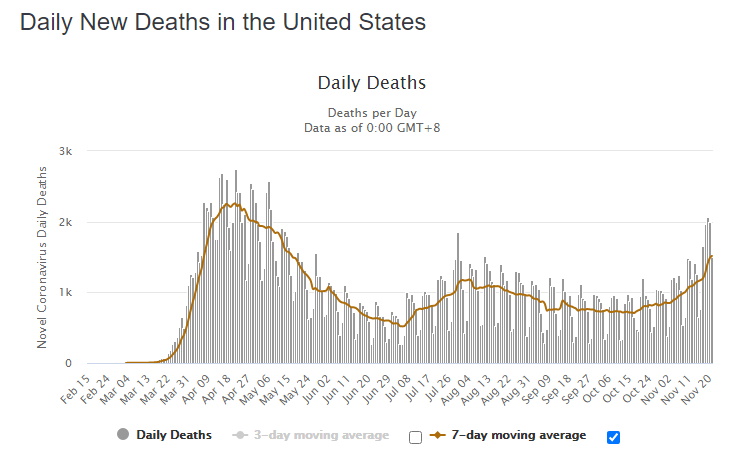 The coronavirus epidemic is completely out of control with President Trump not even pretending to be doing anything about it, recently golfing instead of attending the G20 summit meeting about the virus. Deaths are above the second wave levels and creeping up to surpass the heights of the first wave, with hospitals overwhelmed.

It looks like they're expecting vaccines to become available in the US in mid December.


Ethiopia: you're probably not following the situation in Ethiopia but it seems to be having a small civil war. Let me see if I can briefly and simply explain it for you. Tigray is a northern province bordering Eritrea. At the end of the civil war that ended in 1990 with the defeat of the oppressive national communist regime (the Derg), Tigray was a preeminent power in Ethiopia and remained so until as recently as 2018 or 19 when they, for reasons that aren't quite clear to me, did not end up in the ruling coalition in parliament. The immediate cause of the current conflict seems to have been that the national prime minister (Abiy Ahmed, seemingly usually cited as Abiy), declared there would be no elections this year due to coronavirus. Tigray went ahead and held elections anyway, leading Abiy to declare the new Tigray government illegitimate, and that has what has escalated to airstrikes on the Tigrayan capital (Mekelle) and as of the present moment apparently national government tanks are surrounding the capital and Abiy is vowing "no mercy" 'for civilians in Mekelle.
To be fair, Tigray was seen as having exercised overwhelming influence over Ethiopia for most of the past three decades, but I must say as to the immediate casus belli it seems to me Tigray was in the right to have elections and it doesn't seem worth pounding the civilian population of mekelle into the sand over.

I'm following this very closely because I've spent time in Mekelle and Tigray, and have friends there, and it breaks my heart to imagine its peaceful cobblestone streets being shot up, and I'm very worried for my many friends and acquaintances there. 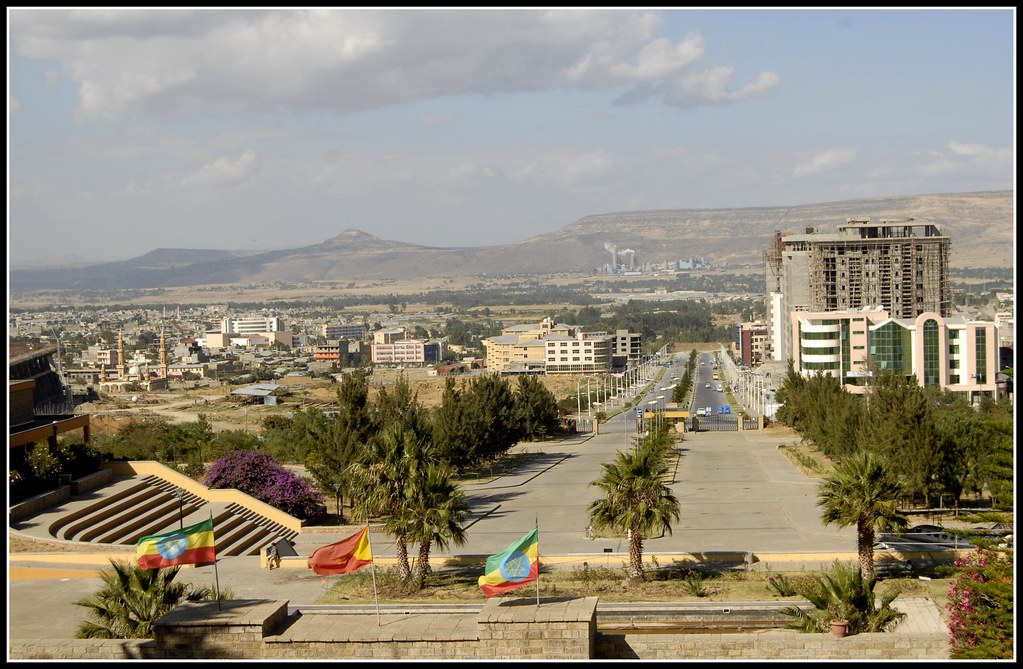