I have posted another episode of the podcast! This one explains the current Ethiopian civil war in Tigray and tells some stories of my time in Tigray in better times. 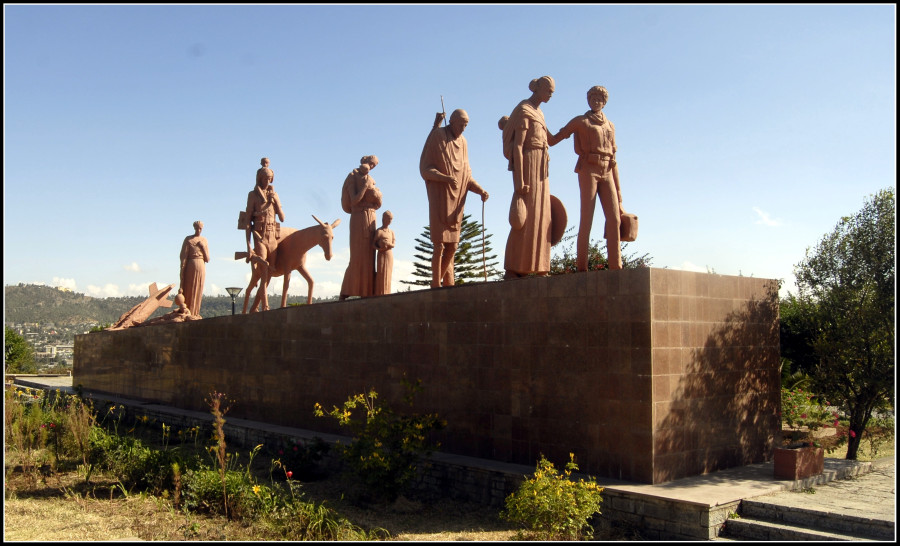 Today we continued cutting back the blackberry brambles by the river. Myself and two other regular volunteers have come to be referred to as "the three musketeers of the blackberries" (: Today we were also assisted by a a four person conservation crew that apparently roves around the region.

But we had an exciting development today, we seem to have inadvertently conducted a bit of archaeology! As we cut back the impenetrable brambles the pilings of an old bridge emerged. None of the current old lifelong residents of the town have any recollection of their having ever been a bridge there, but our wee little village is complete with a historical society so hopefully they can find some record. 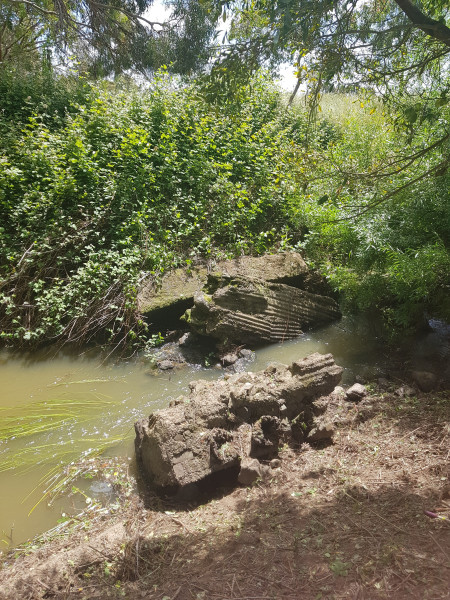 After cutting blackberries until noon, we three musketeers had been encouraged to stop by the golf clubhouse for pizza. It was apparently the christmas party of the local golf club (is that what you call a club for playing golf? It sounds like an obvious pun). I was a bit self conscious at first because I'm not golfer, but they made us blackberriers feel welcome and noted that since the blackberries we've been eradicating border on the golf course we've been contributing, and everyone was very friendly, so it ended up being enjoyable. I love the community of my little village. (: Now in other news, why does the FBI have to be like this? Recall I posted a bit ago about what I had to go through to get fingerprinted here to send them to the FBI to get a background check for my visa. Well the FBI received them and I got this email. Why do they have to make it like a gosh darn exploding message?? And because my computer crashes about once an hour I'm terrified to access it on my computer and have it crash before I can save their secret message. So I actually dusted off and booted up my OLD laptop that I had replaced with this one. It's really slow and half the keys on the keyboard don't work, but I can get around the latter by using an external keyboard. So I managed to try to go to the FBI site on that computer, only to find a message there that my records might not be available for 12 more hours. I am really lucky I used the old computer though because my newer computer did in fact crash in the next minute or two of usage. So anyway tomorrow morning I'll try again, once again with the older more dependable computer. But seriously why do they have to make my life difficult with this dire you-can-only-look-once thing???