Ambergris. A greyish substance that looks like a rock, is sometimes found washed up on beaches. When fresh it smells vaguely of manure or squid, though after it dries out it smells "sweet and earthy." Recently a fisherman named Naris Suwannasang while walking on the beach in southern Thailand found a 220 pound lump of it, which has been estimated to be worth $3.2 million.

Ambergris is whale vomit. Only sperm whales seem to regurgitate this golden ejecta. One can imagine one of these scarred old leviathans cruising along in the dim depths of the sea feeling content after a recent snack of giant calamari when suddenly he grimaces a bit, soon he's arching his back and hoik hoik hoik here comes a whale hairball right on the reef rug.
"What do they do with it??" my friend Asli asked me.
"I don't know, it's probably magic or some shit" I helpfully responded.

In truth they use it in perfumes apparently, but it seems to be so rare its hard to imagine how anyone could plan to make anything that depends on a reliable supply of it.

The extreme value of this material plus the difficulty of finding it plus its pungent nature gave me an idea. What if you could train a bloodhound on the scent of ambergris, the way they use pigs to hunt for truffles ... or bloodhounds to hunt blood. You then set off out into the wild blue yonder towards the whalegrounds with your faithful dog in a sailboat, and literally follow its nose in quest of floating treasure. 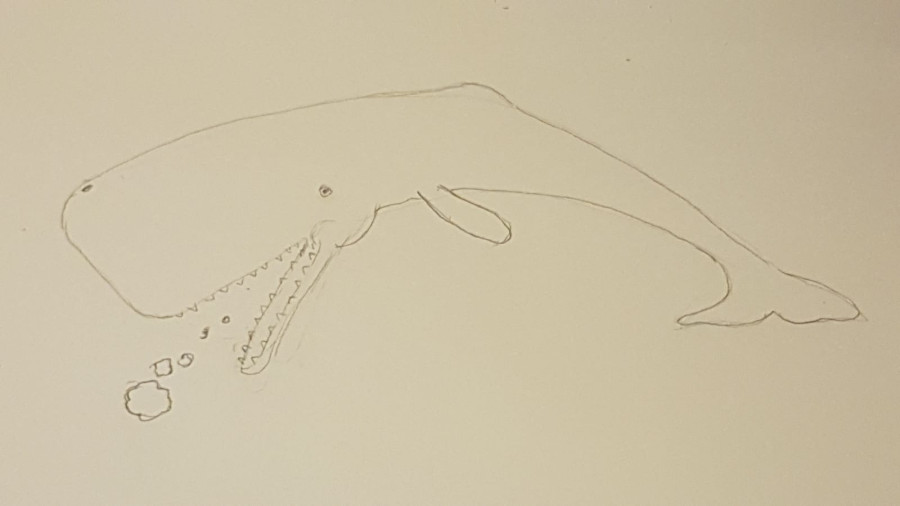 Asli who had rolled her eyes at my earlier assanine response, googled it herself, and then pointed out that US regulations make it illegal to trade in ambergris because there's a blanket ban on all whale products and they darkly assume if you're coming back with lots of ambergris you've been hunting whales to take it from them. This method of acquiring ambergris hadn't occurred to me but I promise I am not suggesting plying sperm whales with cheap bottom shelf vodka until they chunder their lucrous treasure out. Additionally, the US government saying you can't do it gives it a certain piratical cache.


Anyway this idea struck me as both delightfully whimsical ... but also possibly actually possible? The google informs me most ambergris is found in the Caribbean (which is weird because I don't think that's where sperm whales hang out?) so one could sail around there hunting floating treasure by bloodhound. I think one of the main problems would be actually getting ahold of a sample to train the dog on.

I don't happen to have a greyhound so I may have to try to talk Cato into participating. What could go wrong? (no Cato, you can't eat that tunafish!) Also they use honeybees for scent identification of land mine locations. I googled to try to determine if they were more effective at following scents than dogs but couldn't find an answer. Also this googling did reveal to me that apparently bears have the best smelling abilities of any terrestrial animals soooo it might be me and yogi on a hunt for ambergris.
And can you imagine if they used "drug sniffing bears" at airports and such?? That would certainly scare the bajeezes out of would-be smugglers.

Posts from This Journal “silliness” Tag