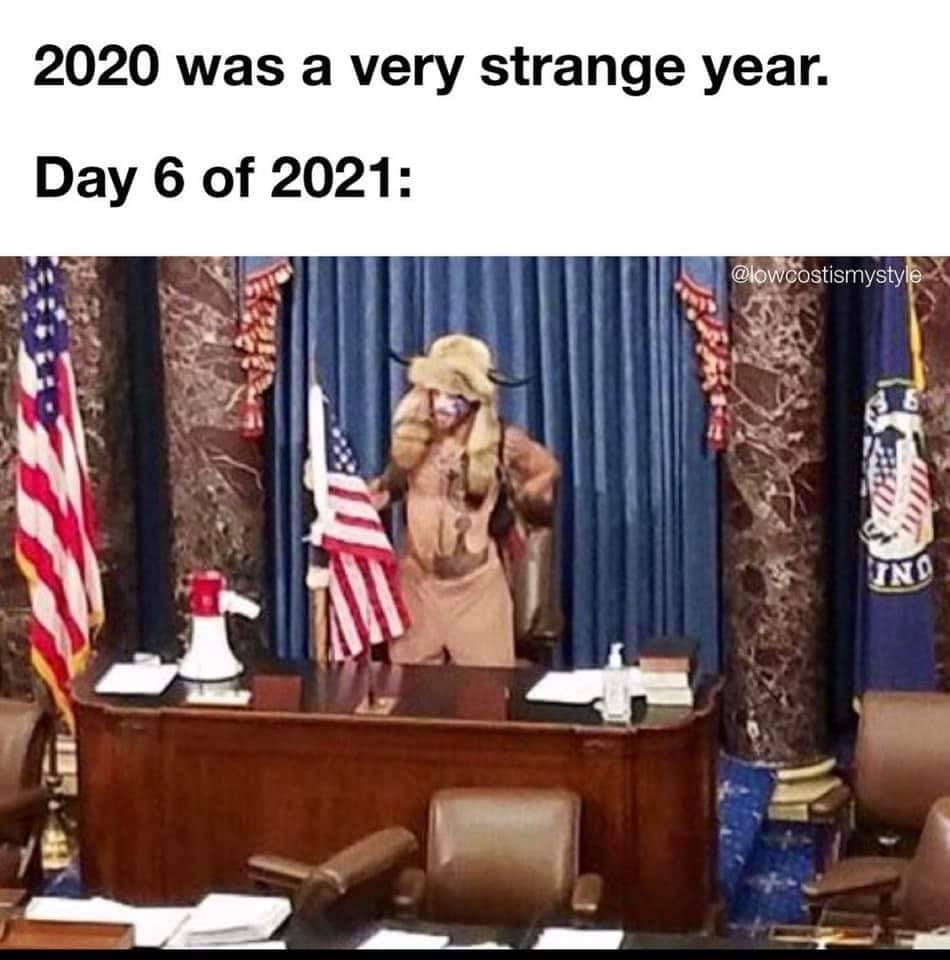 Today was a beautiful day. Perfect for beekeeping. I didn't get much work done today.


In the early morning my time, my phone started beeping like mad with notifications. When I'd gone to bed the two democratic senators had just been declared winners in Georgia, yet when I opened my phone to the messenger chat group of my politically minded high school friends the first post I saw was "shit shit shit shit," but I scrolled up 44 messages to the last one I hadnt' seen to see what was happening in order. Of course as I was reading them more shit was going down. I finished right around the time people were announcing "they've breached the senate chamber" and "people are shooting in the capitol" .... shit shit shit shit.


This has been.... an unprecedented day. I hope all these insurrectionists whose faces are brazenly on camera --mugging for shots behind the rostrum or even livestreaming themselves with their feet up on Pelosi's desk-- get charged with sedition and locked away forever.


The one plus side is I hope Trump and his ilk have overplayed their hand and completely discredited themselves. A number of republicans and conservatives loudly distanced themselves from him today and there seemed to be serious talk about the 25th Amendment, wherein his own cabinet would declare him unfit. He shockingly actually conceded in the early morning hours after the EC count was finally formally completed (which I think was at 3:45am so he was still awake and monitoring it at that time like a neurotic maniac?? Like he somehow thought it might somehow still go his way???), but I hope that doesn't take reimpeachment or the 25th off the table. I think they need to send a strong message that this is utterly way beyond acceptable. Rermember when Sen Collins said she thought Trump had "learned his lesson" after the last impeachment (and therefore her vote against it was, she alleged, justified), yeah about that. Related fact, Adolf Hitler was convicted of High Treason in 1924 but given a slap-on-the-wrist sentence, eight years later he had absolute power. Sedition cannot be punished with slaps on the wrist.


I'm going to bed now, I fully expect to wake up to more wild news developments.