In Which I Meet a Moth

Yesterday was a nice sunny day (for once), and it being a holiday I was enjoying a nice nap in my lush probably-overdue-for-mowing backyard lawn. As I drifted back to wakefulness I heard the sound of a small animal slowly rustling through the grass nearby. Thinking it might be one of hte large blue-tongue lizards I sometimes see, I carefully raised my head. What I beheld instead was a very large moth, a little longer than my index finger, making its way toward me "on foot" through the grass. The back edge of its wings were very ragged and a yellow jacket appeared to be attacking it.
I sat up and the moth continued on toward me and then climbed up my torso, up my neck, and onto my ear, where it proceeded to remain for most of the rest of the evening even after I went into the house and attended to various things. I hope it didn't put any eggs in my ear that would be quite rude.

At one point it fell off me and fluttered its wings frantically (but didn't appear capable of flying, the fluttering was completely ineffectual), but when I got it in my hand again it immediately calmed down completely.

Finally when I had to go to bed I put it on the outside table. It walked around as lively as when I'd met it once placed there. In the morning it was gone, I'm gonna assume Sancho the Possum didn't apply chicken salt to it and instead it has flown off to seek its fortune. 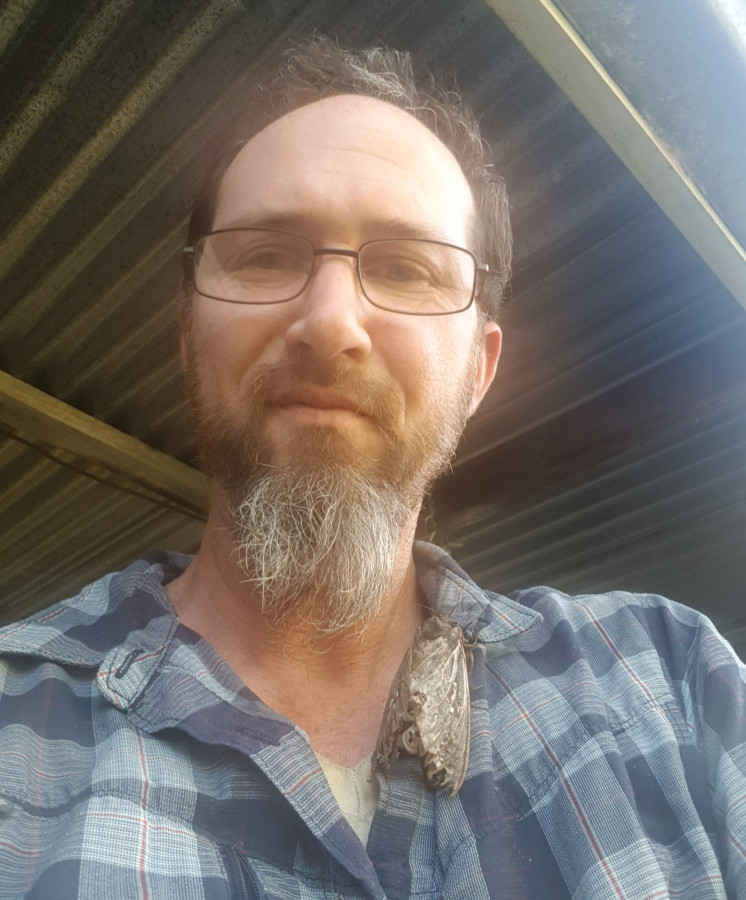