Wrap Up on State of Things After Chapter II

Okay slight change of plans, I'm not gonna keep rushing ahead in a race against myself and time with the memoir thing but take some time to make more tweaks at Chapter II and feel my way into Chapter III / "Intersession I."

Here's my ideas for foreseeable nextpartness: a short one scene or so "intersession" where I'm back in the States, at first thinking I might not have any more foreign projects or at least not for awhile, and then I get offered two to do the very next month. For this intersession I'm thinking about using the story of the bee named Melissa even though it actually happened three years earlier, but it's a very cute and interesting story I think.
Then "Chapter III" will be "Nigeria II," which should be much shorter than this original Nigeria one, consisting of only what's remarkable and non-repetitive with the previous. And then, and here's a big editorial decision I had thought about, there iswas a third Nigeria project and I thought about lining up all three Nigeria projects in this memoir, which makes sense if it's primarily about the places I've gone and all. But because I think the driving force of it all is really more of personal journey of myself, it would be counterproductive to do such an extensive rearrangement (Nigeria III comes after Ethiopia I and Australia I and I'm clearly in a bit of a different place in life). So after Chapter III / Nigeria II will come Ethiopia I (they were back to back, same trip to Africa), and similarly I won't try to combine in everything from subsequent Ethiopia trips. And on the return from that trip I return to a ship with "Tarragon" (which I feel nicely bookends having left from a ship for the first project!) and that's as far as I've thought ahead in much detail.

Already since the Chapter II scenes were posted here I've added more imposter-syndrome type introspections and doubts about the success of the project and probably of future projects to keep the personal arc moving along. 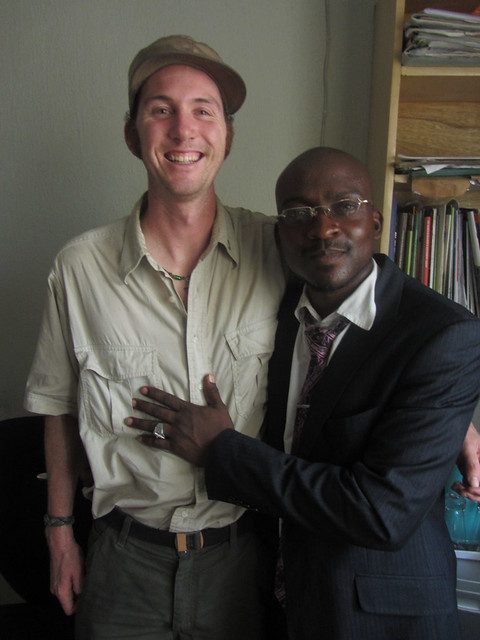 Anyway, if any of you have successfully followed along with all the scenes I've posted heretofor for this work, thanks so much and please let me know your overall thoughts! (: