After waking up in the hostel in downtown San Francisco, Brett & I headed across the bay bridge to Berkeley and I showed him Telegraph Avenue while we waited for Janelle to arrive. Janelle, meanwhile, had come in to the Oakland Airport and was taking the public transit rail (BART) into Berkeley. I was also pleased to partake of the Best Hotdogs Ever at Top Dog in Berkeley.

Anyway, Janelle presently did catch up to us and then we collected Ben from where he was staying at a friend place in Berkeley. All I knew about him was that he had recently ridden his bike from Ohio to SF. When I first saw him my first impression was "hmmm... he looks like he might smell. I hope he doesn't smell." But he didn't smell TOO bad (but then again I wasn't in the back with him) and he was a really nice guy. More on him later.

From there the four of us headed back through The City and across the Golden Gate Bridge. Stopped at the viewpoint on the far side and took a number of pictures. Investigated the old WWII era fortifications on the coast there that were erected in case Japan tried to D-Day US (B on this map). Old ballistic missile launch site there that gives tours occasionally was however closed at the time. Then we headed up to Point Reyes (C)which was beautiful. Had dinner in Point Reyes Station (D and then headed way up the coast. Pretty much the whole journay after Pt Reyes Station was in the dark though so we didn't see much.

Eventually we started looking for a place to camp, but it would be a long time before we found one. I was greatly annoyed that the GPS doesn't have campgrounds in it (despite having every other little fast food place or city park), and highway signage pointing to "campgrounds" more often meant RV Parks (which is NOT camping!!). I don't mind driving on into the night at all though so we went until around 3am we found a campground just north of Eureka, CA. Janelle was asleep in the car when we encamped (and so I just left her where she was) and only woke up when we were on the road again, so she never even saw the campground! 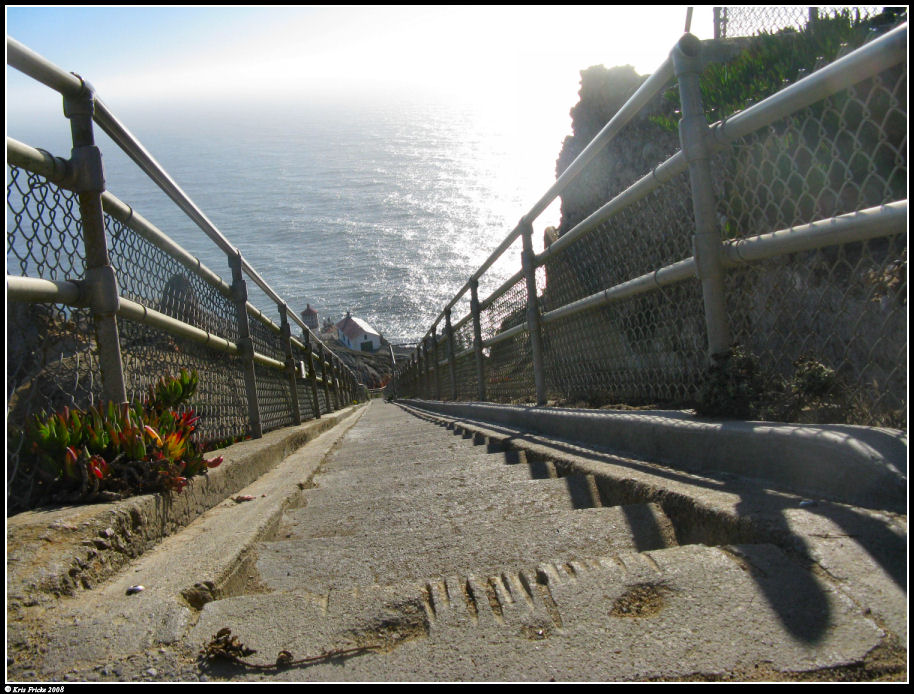 Other Pictures From This Day
Tags: "epic roadtrip 2008"
Subscribe