Woke up in a campground in the redwoods near Trinidad, CA (some small town on the coast up in the NW corner of the state). I'd pitched the two-person tent but Ben just slept outside, Janelle never woke up (so slept on the backseat in the car) and Brett lacked a sleeping bag (and Janelle had stolen his blanket haha) so he also slept in the car. So Ben feasted on blackberries and other berries while I packed up the tent and Brett and Janelle didn't wake up until we were on the road (specifically, when road construction made me come to an abrupt stop and Janelle fell off the seat and landed on Brett =D )
Anyway we cruised up the coast and pretty much as soon as we got to Oregon the beaches were fricken amazing. All sand dunes and driftwood and undisturbed sand. So we frolicked on the beach a bit. Ben caught a crab and wanted to eat it right there. But we prevailed upon him that we wanted to get back on the road so we got to Eugene before it was crazy late. 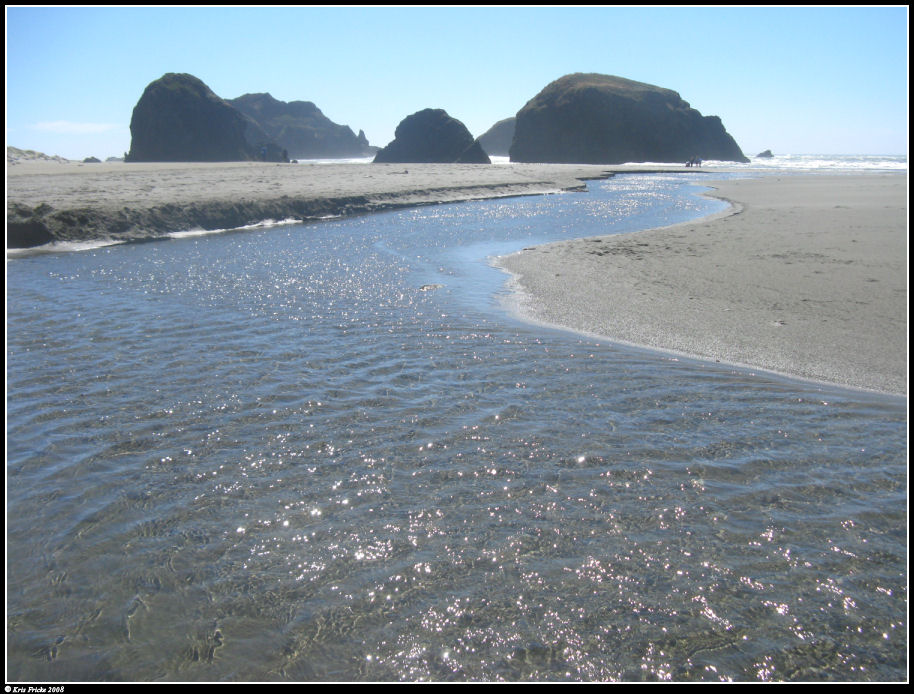 In Eugene we met up with Garian, my ex from freshman year (holy crap I started college seven years ago )= ), where she and her fiance were house-sitting her sister's house. I was prepared to hate the fiance on principal but he turned out to be a pretty hard to hate guy. As always Garian was awesome and I'm really bummed I neglected to get a picture of her.
Ben revealed that he's actually a pretty good cook and whipped up some pasta with mussels he'd gathered at the beach and the crab.
Crashed at Garian's (sister's) place that night -- Janelle Brett and I on cushions on the floor or on couches and Ben outside on the trampoline.