The evening before Janelle's cousin Rick, whom she affectionately calls "my big ugly cousin" had come over and hung out with Janelle and I and Janelle's sister Lindsay for a bit (though of course J & I only got back from our Olympia adventure after midnight). Rick had brought over some "Shock Top" Belgian White Ale and was so proud of it (insisted on pouring it into glasses rather than drinking it out of the bottles) until I casually mentioned its brewed by Anheuser-Busch. haha. Filthy Belgians. ;)

Anyway, so Janelle, Rick, Lindsay and I made a pit-stop at the town of Mt Vernon to visit her other sister, had lunch at the ferry terminal town of Anacortes, just barely missed the ferry to Friday Harbour, and caught the next one to Orcas Island. (went as "footers" since we wouldn't be needing the car on the islands)

Being out on the water was delightful. It was a really nice day. I think I took over a hundred pictures, but I've only bothered to upload four so far.
We disembarked on Orcas Island. Had some pastries and iced teas at a quaint little cafe. Everyone else ran from yellowjackets despite my attempts to assure them foraging yellowjackets are extremely unlikely to sting. Took a picture of Janelle on some steps to match a picture she has of her as a wee lass on those same steps. Then we realized we could get to Friday Harbour after all as a ferry was about to go from Orcas to Friday, so we hopped on the boat again.

The town of Friday Harbour was also extremely quaint. Again I took a lot of pictures, but anyone can find quaint pictures of sailboats riding at anchor and all that shit so I'm not so much in a hurry to upload them all. Poked around there for awhile, had a round of drinks at the local pub, and caught the ferry out at about 8pm but it was still light out. A bagpiper was bagpiping away on the deck as we left. Trip back took about an hour and the sun set during that time, so it was really perfect timing. 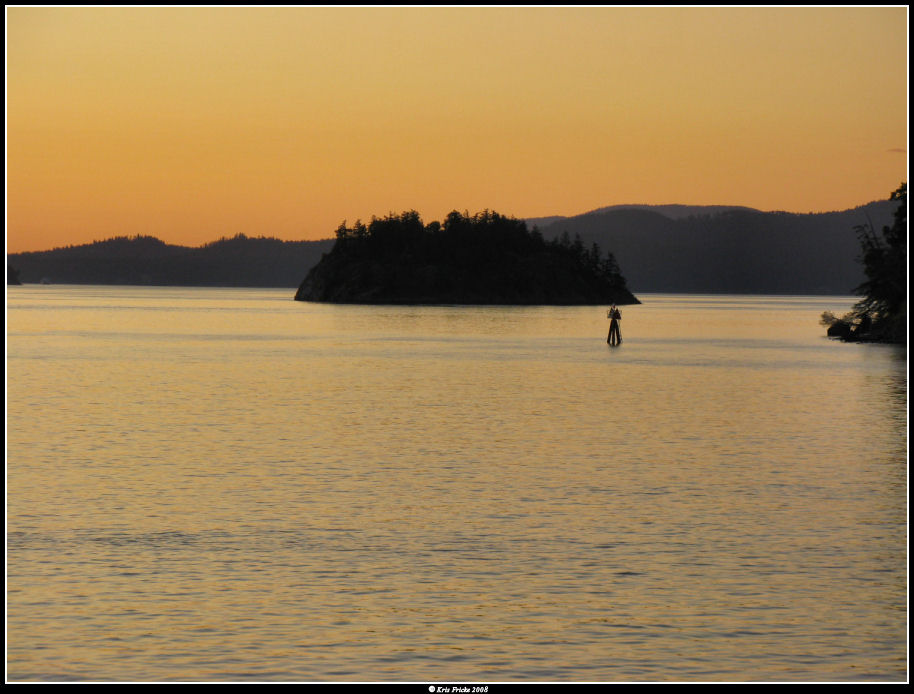 We (Janelle, her sister & cousin and myself) stopped by her other sister's place in Mt Vernon again on the way back. She had made a delicious apple pie, and when we got there was playing Apples to Apples with her housemate and housemate's family (her mom, sister, sister's boyfriend). We joined this game, so there were nine of us there playing I believe.
Janelle's sister (Tami?)'s roommate Danielle it so happens is lesbian and pregnant. We were a bit unclear as to whether this was a purposeful attempt to have a child (though she has no significant other) or the result of some kind of "experimentation" gone awry. Additionally this condition was not stopping her from taking smoking breaks. Interesting.
Anyway, after an hour or so of these shenanigans we were on the road again and returned to Everett.

Other Pictures From This Day
(Presently there's only four, now I feel like I should upload some more)
Tags: epic roadtrip 2008, roadtrips, travel, travelogues
Subscribe