So yestertoday evening me parents left me in command of the land-ship [house] for about the thirdly time ever. So of course I did what any enterprizing young corsair would do with such an opportunity:
I sat in the hold [my room] and intended to play me some Civ III on the shiney magic box, but a beautiful young lass named Jessiska from the

afoxygoddess convinced me to attend a right proper concert with her, complete with orchestra, choir, & even saucy opera singers.
But of course as always this adventure was frought with danger and temptation -- I briefly dropped anchor at Diedrichs Coffee [since then all 55 ships of the Diedrichs fleet have been captured by the bloodthirsty empire of Starbucks]on my way out to bring on supplies and the dread-pirate cool kyle and crew were downing grog under the dock [bridge]. But I resisted and sailed up the five to meet the saucy lass at Chapman College.
Shortly we tired of these doldrums, and other desires took hold of us if you know what I mean. If you don't, I mean we were feelin up for some pillaging. So we marauded until we came to an italian fast food place (!) and pillaged it for eatings. And man they had some good hard-tack [breadsticks].
Then we went back to Jessiska's quarters and like any modern pirate surely would we heartily watched The Wonder Years and drank tea. Incidently there was also this Canadian yarn called Degrassi that frankly made me wish I could make all associated characters walk the plank (especially the girl without eye-brows and the boy (her ex?) whose eyebrows are huge and probably control him).

Four Years Later: Some notes on things related to this entry four years later, moved to a comment because you probably don't care.

Open to: All, detailed results viewable to: All. Participants: 23

Name of your pirate vessel? 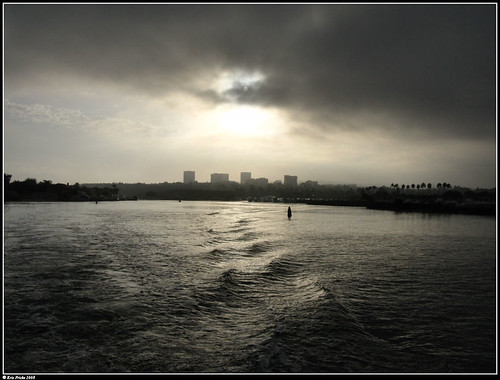