LJ Idol Week 3 - Things One Should Care About: People in Other Countries 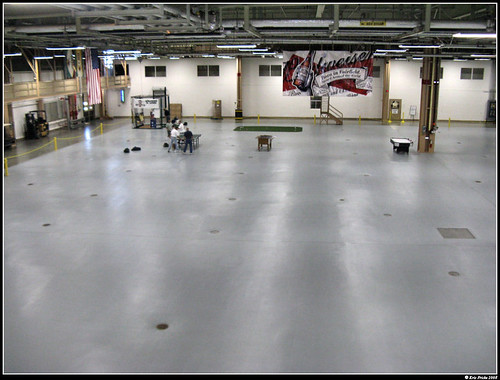 If there's one thing I think people should care more about, but instead seem to have a shocking disregard for it is people in other countries.

Sure people will always express a polite concern about the welfare of people in other countries, maybe even vaguely endorse policies or movements which they've taken a wild guess might help people in another country. But I found when it actually comes to seriously caring about them, people exhibit a shocking geographic discrimination.

The most blatant example of this I think is during presidential elections, where for months you hear every day about both candidates stumping around about how they're gonna stop "us" from "losing american jobs!!" etc etc. And even outside the context of elections you hear people say that - losing American jobs to anyone in any other country is apparently always considered a tragedy.
You see, if someone in Ohio loses their job to someone in Guatamala, all I ever hear is that thats an outrage. From politicians, from people in Ohio, from people here thousands of miles from Ohio.
But the way I see it, someone in Ohio loses their job, three people in Guatamala gain jobs. That unemployed person in Ohio is probably STILL better off than the three people in Guatamala who now have better jobs than they did before.
And so, I don't care if trade liberalization causes Americans to lose their jobs. And I submit that you too should consider people living outside your border to be just as human as those living within it.

Addressing the Excuses
As I've run this argument past my friends, as I mentioned yesterday, nearly all of them balked at it. Lets explore some of the counter-arguments they raised:

(1) "Trade with oppresive regimes legitimizes them!!" was one I got from a number of my friends. And this is a convenient out that makes one feel really morally upright for not caring about people, but does it really make sense?
First and foremost, do you know of any South American (those from elsewhere please bear with me on the focus on trade in the Americas, but it's the terms trade liberalization is usually talked about in here) regimes that are evil and oppressive offhand? I mean, yes there are certainly some sinister ones that come to mind in the past, and there's some now that have corruption problems or are otherwise less-than-optimal, but are any of them actually non-democratic? I think first and foremost this counterargument hinges upon a silly, inaccurate and patronizing idea of what life in South America is like.
But furthermore, studies show* that democracy only flourishes when per capita GDP is higher than $5,000 per annum. Therefore the answer to helping oppressed people is not to refuse to have anything to do with them but rather support their economic development.

(2) "Yeah now those jobs are being done by people in sweatshops!" -- Yes human slavery does still exist and still do sweatshops. HOWEVER I know of no country, particularly in the Americas, where it's a regular part of the economy. People have a choice in what they do. If they're working in factories in conditions that we'd find deplorable or with a standard of living we'd find unacceptable, it's presumably because they didn't have better options. They chose to work at the factory because without the factory their options would be worse.
I'm not saying we should call the situation all a-okay because of this logic, I believe everything possible to improve their conditions should still be done, I'm just saying that it's not because of free trade that their conditions are bad. And more to the point, because their conditions aren't optimum is absolutely not a justification for not wanting them to "take American jobs."

hereticxxii at my use of Ohio as an example. "LOL but now you work in Korea" say I.

(4) "Well what if it was YOUR job that was taken overseas" Honestly I'm pretty sure if I got edged out by beekeepers in Mexico I'd feel the same way about it if I got edged out by beekeepers in Utah ("the Beehive State") or say that filthy squatter who set up his beehives on empty land not half a mile from our bees last week and the County has been dragging its feet on investigating. His bees are bad-tempered (one stung me in the ear while I was snooping around) and his practices unhygenic (leaving collapsed colonies side by side with healthy ones, is he TRYING to infect them all with something?!) ... but I digress.
But yeah, if I lost my job I lost my job and blaming the guy that took it would just be focusing frustration in a wrong and negative direction.


What About Those Who Lost Their Jobs
My main point here is that we shouldn't see Americans losing their jobs due to free trade causing those employment opportunities to move elsewhere as something deplorable, due to the fact that the people receiving those jobs are better off. But so as not to be completely insensitive to my fellow Americans, I thought I'd hit on why it's also better for America.
The world is a better place when everyone is producing what they have a comparative advantange in producing. That is, everything is being produced by whomever it is most efficient for it to be produced by. The free market causes this to happen, and this is a good thing because it means there is more all around consumer goods being produced, meaning there is more for everyone to consume. To put it more simply, it's better for the economy.
When we subvert free trade by trade barriers we keep our people happily doing stuff that they are not the best at producing. They may be happy, and if they're in a swing state the politicians will pander shamelessly to them, but they're not actually going to be producing as much as they would if economic restructuring were allowed to follow its natural course. Over time if we were to allow it to sit like this our economy would become increasingly backwards as it would fail to keep up with the global economy.
Being unemployed sucks. Finding a new career can be daunting. However, these auto workers or factory workers who are losing their jobs DO presumably have the ability to do other things, and would presumably end up doing them if they had to.


In Conclusion
In conclusion the fact that people care about the welfare and specifically employment status of people belonging to their own country infinitly more than they care about the same for people of a different country is an arbitrary discrimination. You should care just as much about the welfare of people in other countries and you shouldn't try to edge them out with protectionist trade policies.


* I wish I could remember my original source for this but I can't. But if you google for example "democracy $5,000 per capita" you get a number of references to it, including one from JSTOR that is surely a scholarly enough source to cite, but I no longer have JSTOR access /=

** Pictured at upper right: employees making use of gratuitous free space at the Budweiser factory I visited last week

See Also
The Making of Entry 3 - An outtake
Topic 3 Bonus Entry - Probably a better entry than this one!