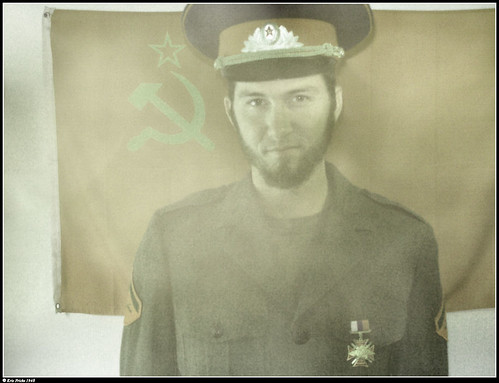 A little fun with photoshop (= 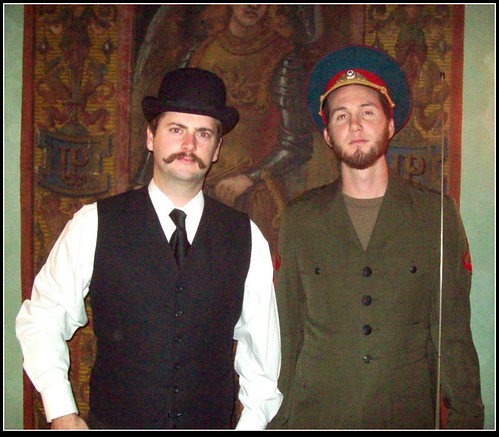 My friend Mark and I. That mustache he has is REAL!! I'm quite envious.
And you can't really tell but I'm holding a sword.

\More related pictures under the cut! (Including one of me dressed similarly at around the age of 16!) 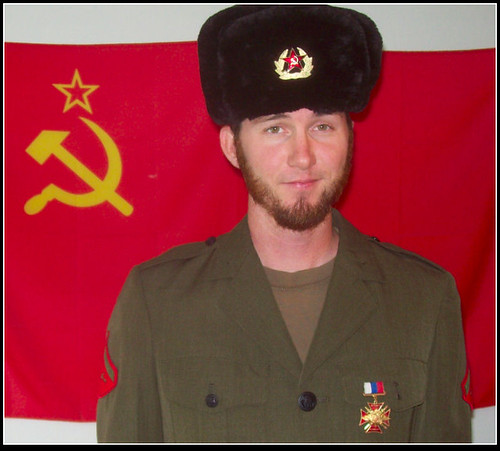 Hat 2 (an ushanka)! (And a Service in Chechnya medal of course)

Modelling my new hat 10+ years ago!

This is not from last night but I thought I'd post it because its similar and I really like it.
(My ex and I)

Related Rant
Now, I'm not a communist, and I understand that the Soviet Union more or less intentionally killed millions and generally acted psychotic, BUT, I think there is a extreme difference between Soviet and Nazi. While I was out and about on Friday night some asshole gave me the sieg heil nazi salut .. I wanted to fucking punch him. And I was wearing the furry hat (ushanka) at the time, how could ANYONE mistake that for nazi rather than russian?! I think anyone who can't tell the difference is a bleeding idiot. 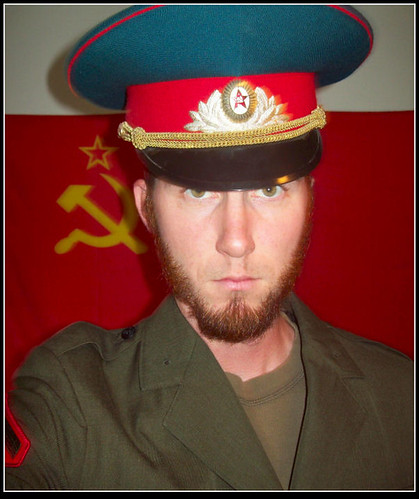