M/V Fiana -   Remember the freighter that got hijacked off the Coast of Somalia? The M/V Faina with 33 Russian tanks and all kinds of other armaments (and 20 crew members)? As far as I can tell (google results in no new news) it is STILL sitting out there surrounded by US and Russian warships. A spokesman for the pirates has said "We are happy on the ship, and are celebrating (ARR?)"

M/V* Cosco Busan -   Remember the freighter that crashed into a bridge support in the San Francisco Bay and spilled oil everywhere about a year ago (Nov 7th, 2007)? Six of the crewmembers are STILL detained as material witnesses a year later.
"Living rent-free in apartments and hotels, they are permitted to roam San Francisco and the surrounding area. They continue to draw their salaries, and each also receives $1,200 per month in witness fees, more than the monthly salary of at least one detained seaman." (from the article) -- Sounds to me like they've got it made!


Going back to Somalia for a moment though, apparently Somalia loves Russia and has applauded their War on Georgia and promised to recognize the Georgian provinces of Abkhazia and South Ossetia as independant countries. Such sauce! 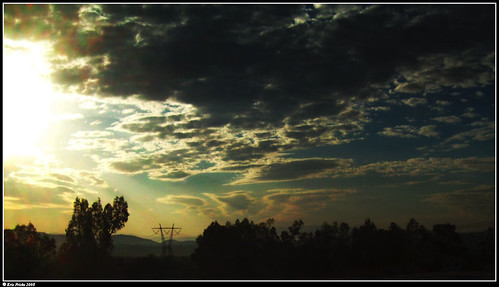 This picture was kind of an accident. I don't normally adjust curves or levels on my pictures but I opened up that function and it was set on this extreme adjustment from last time I messed with it, and I thought it was pretty sweet. You can see the normal version here, or the bigger sweeter version of this one.

*"M/V" is the modern equivalent of SS, which meant Steam Ship, as in for ex the SS Californian, those bastards who watched the RMS Titanic sink and didn't think to turn on their radio to find out what the dealio was. SS is frequently completely erroneously applied to the names of small motorized boats to link them with nostalgic steamship days of yore. M/V means "motor vessel." --