Not too long ago my friend Aaron approached me with "Heyyy... how would you like to go to Turkey, Israel, & Egypt for three weeks?" "Yes."
We're currently aiming for next October I believe. Aaron's wife is presently spearheading the planning (presently its Aaron + Wife, my friend Mark and I who are going), the following is the itinerary she's worked out. Comments / advice always welcome!

So I've been working on this itinerary. This is what I've got put together so far. It's a bit abbreviated but I'll go into more detail later. Let me know what you think:

Day One:
Fly into Istanbul. Check-in to the hotel. Rest and relax if you need or do some sightseeing. If we have the time and/or feel up to it perhaps an evening cruise down the Bosphorus River.

Day Two:
Spend the day exploring Istanbul and seeing the sites! This is the only day we'll be able to dedicate fully to Istanbul so we'll probably only be able to hit the most important sites like the Topkapi Palace, the Blue Mosque, the Hippodrome, the Haghia Sophia, the Great Bazaar, and whatever else we can squeeze into a day. If we didn't do it the night before then perhaps tonight we can take cruise down the Bosphorus River.

Day Three:
Fly from Istanbul to Kayseri around 6:30 am. This won't be expensive because apparently traveling within Turkey is insanely cheap and domestic flights only cost $18 if you fly coach. But we'll have to buy these tickets in advance because as you can imagine the $18 tickets go quickly and you may be forced to buy a more expensive ticket - $30!! *gasp!* Anyways. The flight only lasts a little over an hour. We find our hotel, check-in, and then explore the Cappadocians. Kayseri is a short bus ride away from Urgup and Goreme. Urgup has the best examples of fairy chimneys in Turkey and Goreme has a really awesome Open Air Museum.

Day Four:
We catch an 8:00 am flight back to Istanbul. We have about 5 hours to play around Istanbul before takinig a 1:30 flight out to Diyarbakir. After two hours we'll land, check-in to our hotel, and explore the city. Diyarbakir is the unofficial capital of Kurdistan. It lies on the Tigris River and has lots of cool Hittite and Assyrian ruins.

Day Five:
Take a bus to Kahta. Check-in to our hotel. Explore all the really cool ruins, especially those of Mount Nemrut. Climb to the summit to watch the sunset.

Day Six:
Wake up early and climb to the summit of Mount Nemrut to watch the sunrise. Take a bus back to Diyarbakir and catch the noon flight back to Izmir. We'll arrive in Izmir around 2 pm which will give us plently of time to check out this cool town. In ancient times it was known as Smyrna and is filled with Roman, Byzantine, and Ottoman ruins. After we've had our fun we'll take the bus to Selcuk, only two hours away, and check-in to our hotel.

Day Seven:
Today we will tour ancient Ephesus! It's only a 30 minute walk from Selcuk so there is no need for a taxi or a bus! Spend the morning exploring the ruins and then head back to town. If you want we can find the neighboring village of Tugba which is known for having the best Turkish Delight in all of Turkey! If we do good with time then in the afternoon take the 4 hour drive to Fethiye, home of Turkey's most gorgeous beaches!!

Day One:
Today is a day for rest and relaxation. There is a beautiful lagoon we can check out. There's a small fee to get in but from what I hear it's worth it. Not many tourists check it out because they'd rather stay on the crowded beaches for free so in the lagoon it's a lot quieter, less touristy, and just gorgeous. Option excursion here: there are tours of the 12 islands off the coast from Fethiye so you could spend the day soaking up the sun on a boat and checking out the islands. There are swim breaks, rock-climbing breaks, etc. Now, you do have the option early on in the tour to be dropped off on one of the first islands to check out their bazaar and beaches and then take the boat back to Fethiye when the tour is over. I would not recommend this. First of all, you're missing out on all the awesome experiences you'll get from seeing the other islands. Second, from what I've heard the bazaar really isn't really all that exciting.

Day Two:
In the morning we take a four hour bus ride to Pamukkale! This is a really unique place! It's known for it's amazing hot springs. The place is known as The White Castle because of all the chalk deposits. It looks like there are walls and walls of ice but it's actually chalk. You can swim in the hot springs here. On the top of the hill around Pamukkale is the ancient ruins of Hieropolis. Lots of cool things to see here. You can even swim in a pool littered with fragments of marble columns. It's believed that this pool is what remains of the sacred pool associated with the Temple of Apollo. After having a day of fun here in Pamukkale we take a 5 hour bus ride to Konya. Konya is the birthplace of the whirling dervishes. If we get here early enough we can see a performance! If we miss the dervishes, don't worry. We'll have plenty of opportunities to see dervishes while we are in Egypt, although it would be cool to see the dervishes in the town where the dervishes originated.

Day Three:
Spend the morning checking out Konya and all its cool sites. In the early afternoon take a 5 hour bus ride to Silifke. There are a lot of cool Roman, Byzantine, Ottoman, and Seljuk Turk sites here - from ruins to mosques to caves there's plenty to see and do. We spend the rest of the day exploring the area. Seven miles away from Silifke is Tasucu where at midnight we'll board overnight ferry to Cyprus!

Day Four:
When we wake up in the morning we will be in Cyprus! First things first, make it from the Turkish side of Cyprus to the Greek side as soon as possible. Once we're in the Greek side we'll explore the island, relax, and eventually take a ferry to Haifa, Israel. We are still waiting to find out if it's an overnight ferry and what time it leaves and all that good stuff. Aviv's family will meet us at the port and from there we begin our adventure in Israel!

Day Five:
We are going to have fun in Israel! We're spending three days in the country and it's pretty much going to be played by ear. We'll probably check out Jerusalem because how could you go to Israel and not visit Jerusalem? We'll go to Tel Aviv and check out its awesome beaches. We'll probably even go to the Massad and check out the Dead Sea! And we'll probably even squeeze in a trip to Yehuda and Rochovot to see more of Aviv's family. The good thing about Israel is that it's a tiny country so everything really isn't that far apart. We don't have to worry about hotels while we're in Israel since we'll be staying with Aviv's family. Our time in Israel is going to be very relaxed and filled with fun!

Day One:
Time to say goodbye to Israel and hello to Egypt. Wherever we are in Israel we'll board a bus and head to Eliat, Israel. From there we get another bus to Taba - the Egyptian town right on the border. Once we pay the Israeli exit tax and go through Egyptian customs we will board a bus to Sharm El-Sheikh. Once we get to Sharm we'll board a ferry and cross the Red Sea until we reach Hurghada. From what I've heard once you reach Sharm El-Sheikh it is mid-day and the ferry is at 5:00. Of course, the ferry service is known to cancel without notice so be prepared to continue on the bus to Cairo and then from Cairo to Hurghada. Once we reach Hurghada we will check-in to our amazing 3-bedroom, 2-story villa!

Day Two:
As soon as the Excursions desk is open we will plan our Egyptian sightseeing and adventures. What trip to Egypt would be complete without a visit to Giza to see the pyramids or Luxor & Thebes to see the Valley of the Kings? We can also spend a day snorkeling in the coral reefs of the Red Sea! Or you can spend the day relaxing by the pool or on the beach since the hotel is right on the gorgeous beach.

Day Seven:
Alas, all good things must come to an end. Time to check-out of our hotel, take the shuttle to the airport in Cairo, and go back home.

Please let me know what you think of this. There is so much to see and do in Turkey and we don't have a whole lot of time to do it in. I'm trying to squeeze in some of the neatest stuff in the time we have available. Hopefully it will all work out!

Additionally, from May 13th through 26th I plan to be in and around Barcelona Spain with my friend Kerri. We don't really have any more specific plans planned out yet. I would have liked to try to sneak up north to Belgium and go on a pilgrimage to the Westvleteren monastery, but it appears it might be too far off the beaten track to be feasible without spending a disproportionate amount of time on the adventure )=


Additionally, Epic Roadtrip 2009 is still planned yet utterly TBA. Was planning on going to Mexico but now that that country is collapsing into a drug war-zone apparently, I'm leaning towards striking out East through the centre of the United States.


Note the above trips are not listed in chronological order. 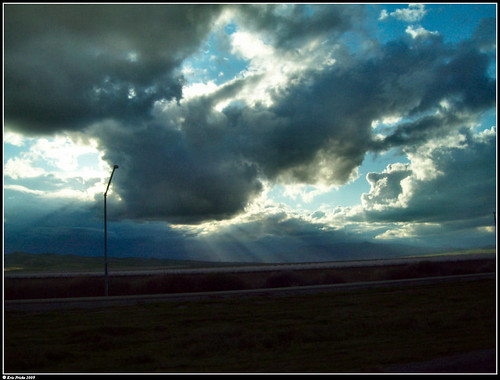 View Large
On second thought I think I should have cropped more off the bottom. Oh well.
Subscribe