LJ Idol is still trucking along, now down to only eight contestants.
At this point they are (nearly) all excellent entries, but there was one in particular which stuck out to me as one I would want to recommend to others.
It just so happens that this one entry is also at the present moment in LAST place (not counting

darkprism who has immunity this round and I'm assuming people therefore ceased voting for her)!!
The entry to which I refer is

(Two are being eliminated this week. DP has immunity)

This poll is closed.

Open to: All, detailed results viewable to: None. Participants: 424

superhappytime's entry
32(7.5%)
(Also my "homegame" entry: The Perils of the Economy of Plenty) 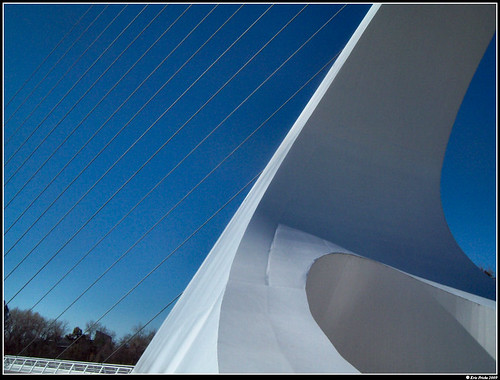 Sundial Bridge, Redding, California
(I was tempted to blast you all with the full size version)

In other news someone anonymously gave me three more months of paid account (since in an ironic coincidence of timing, that which Stacey had gifted me just expired). Thanks anonymous! (=