Back w/ the Bees / Spain Planning I

Back at Bee Busters. I had missed the bees. A surprising amount has changed in the two weeks I was gone. There's a new office assistant, and a new assistant beekeeper. And..

Co-worker Jeremy, with a huge grin on his face told me about his week off, and how he and his girlfriend had gone up to Napa. They did the "wine train" and all that, and then took a hot air balloon ride. And while doing so, he proposed to her. (she said yes).
He's not sure on a date yet but he says within a year ("we've had a long enough 'engagement'!" -- they've been dating years and years), but already this year (2009) my good friend Allen, my ex Garian, and my good friend / former roommate Ben are getting married. Tis the year of marriages! O:

Spain!
So Kerri and I are presently working on our itinerary for the May 14 - 26 Spain trip. We're arriving in and leaving from Barcelona, and thinking about spending a few days in Zaragosa as well. Additionally thinking of making some day-trips to nearby areas as well. If anyone knows anything about this area and/or has an opinion and/or advice I'd greatly appreciate it! (: 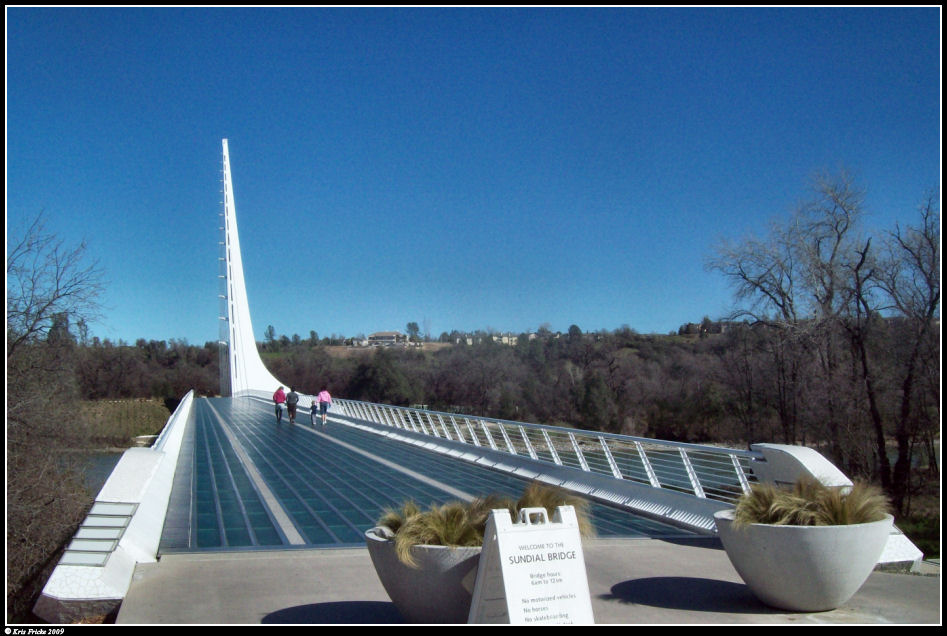 It came to my attention in making that other post that I had never picture-of-the-day-ed these other pictures of the bridge.
Tags: bee busters, spain trip
Subscribe