Special thanks to the lovely and delightful

gratefuladdict (even if she was a bit saucy!) and LJ Idol Season V Winner

boxsofrain for their guest entries here to keep me afloat 30 in 30-wise while I was in the land of no internet (AKA San Francisco).
For some reason I've always found SF particularly hard to find wifi in. The June before last I spent half the month on a roadtrip around the entire United States and was STILL able to find wifi and make an update at least once a day (even in the middle of Iowa). And yet when last year's road trip took me through SF I couldn't for the life of me find a wifi connection I could get on. Same with this time. Maybe it's because people in SF are TOO tech savvy and know to make their networks secure and/or charge vagabonds such as myself for access to the good stuff.

Anyway, notwithstanding that the lovely ladies updated you more or less on my adventures over the weekend, it was so awesome that I feel the need to make an update of my own about it. Tomorrow I'll hopefully get back to the story of the Spain trip (and you all will hopefully not have completely forgotten about it).


Awesome Weekend in the Bay Area

Friday - Left Orange County straight from work at around 3:45pm. GPS originally estimated my arrival at 10:20, but after some excruciating traffic it was finally pointed at 12:30am ):

Purpose of the trip was to visit my friend Alex(andra) -- and yes, she is an ex ... technically. We only dated for like two weeks in 1998 or something. We've been friends ever since, and sometimes have been known to go on "Not Dates," which are, you know, not dates. In fact, after Kristy broke up with me in 2007 we hung out for like a week straight, and when Alex broke up with her douchebag boyfriend of three years we also hung out a lot. We've kind of been eachother's fake significant others whenever necessary. (Also I worked for her mom's law firm for a short time and her mom was the most evil boss I have ever known)
Alex broke up with her boyfriend of a year or so just before I left for Spain, so, clearly, we needed to hang out.

So I finally arrive around 12:20 at night. We were going to go to a party in Daly City, so since I was running late I just went straight to the party and met them there.
My first thoughts were just how hipster everyone at the party looked. We have some hipsters down here in OC but not like OC, where practically everyone dresses like a hipster. It's silly.
First noteworthy anecdote: So presently Alex excuses herself to go to the bathroom and leaves me with her roommate. Her roommate immediately starts in with asking me if I'm a communist, because I have pictures of my halloween costume on my myspace that she apparently saw. Despite my best efforts to avoid a discussion about politics she insisted on talking about how great communism is. Finally I obliged her and said that I don't think it can work because some people won't work as hard as others and people will be bitter towards those who don't pull their weight or just not work very hard because they don't have to etc etc..
"Well, I think it only works on a small scale, small communities of people that work together..." says she
"Well, yes co-ops and kibbutzes work but you're saying you don't think communism works on a national level?"
"No I think everyone should be organized into small self sufficient communities"
"So San Francisco and Los Angeles should be organized into small self sufficient communities?"
"Yes!"
"How are the people of Los Angeles going to get the food and water they need then?"
"Well... I think there should be a lot less people. I think a lot of people should be sterilized" Says she with complete seriousness. I mentally declare myself to have decisively won the argument. Shortly later I see Alex and excuse myself to go talk to her. Also during this discussion the guy the roommate was talking to fled.


Saturday - Alex and I walk down to Burlingame's quaint downtown area and have breakfast at a lovely little diner. We pop into the library to buy tickets to see Alcatraz on Sunday and after some other errands are on our way to the Marin Headlands just north of the Golden Gate.
There we caught a tour of a nike missile silo, which was pretty damn awesome. They had old missiles which they'd actually bring up the elevator and elevate into the launch position, and we got to go down into the hanger where six more missiles were hanging out... pure awesome.
Then we strolled around the headlands, which were beautiful. There were a lot of abandoned bunkers and things to investigate.

After that we had a delicious dinner at a Puerto Rican place called Sol Foods in San Rafael. I very strongly recommend it to anyone who happens to find themselves passing that way!!

We then returned to Burlingame and watched Spinal Tap for awhile because it had come to Alex's attention I hadn't seen it and for some reason we deemed it necessary. Then Alex's friend Stephanie swung by and we all went out to the local bars.
Funny Anecdote 2: some real creeper was creepily talking to Alex when I got off the phone with Stacey and came back to them. "put your arm around me!!" whispered Alex to me under her breath. I casually did so and within thirty seconds the creepy fellow was excusing himself. Silly.
Eventually we lost track of Stephanie and we'd later find out that she wound up getting arrested. Oops.


Sunday - Had breakfast in Mel's Diner in SF, which I'm told is an SF institution. One of my favourite things about traveling is eating all the best local food :d
Alex and I caught the boat to Alcatraz, and it was pretty neat. We poked around the island for about three hours. Unfortunately it began to become apparent that Alex was coming down with a caugh.
Ate on fisherman's wharf. I had some kind of tasty shrimp stir fry. :d

And then around 5 I think I finally headed out, arriving home at around 12:15am.
Today reportedly Alex has a fever of 102 ): 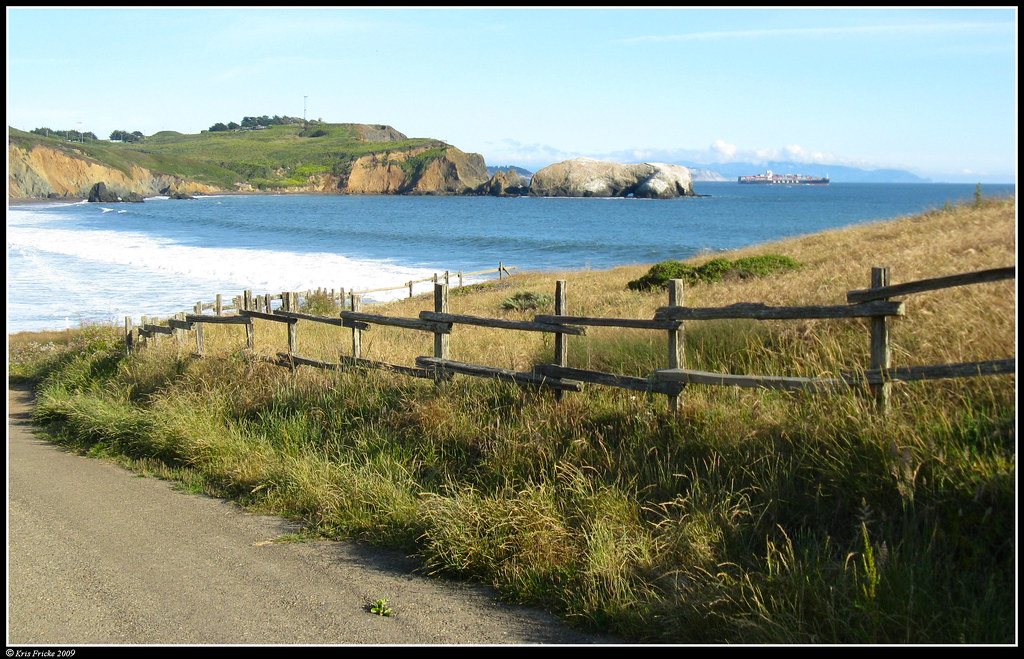