This week's theme in

ljshootout is "wildlife." It just so happens that I'm quite fond of wildlife. In particular, insects seem to just come to me.

And so I present to you, insects landing on my hand, a continuing series

Part I (Previous to the allowable time window for this prompt) 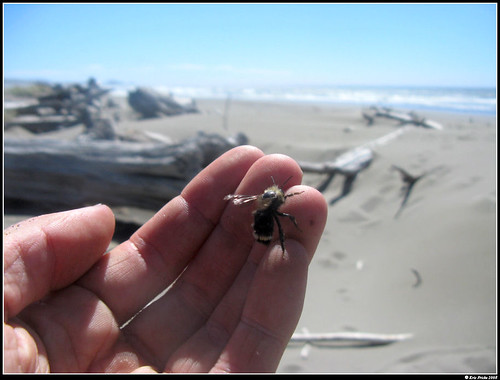 I met a bumblebee on the beach
Oregon Coast
28th August, 2008 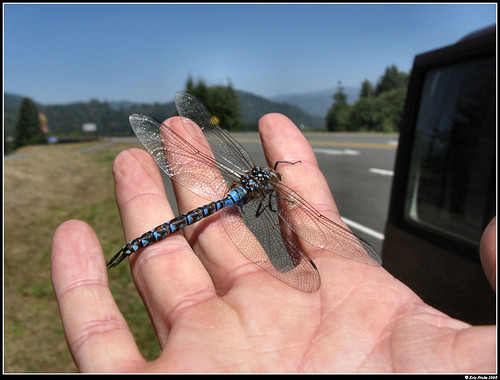 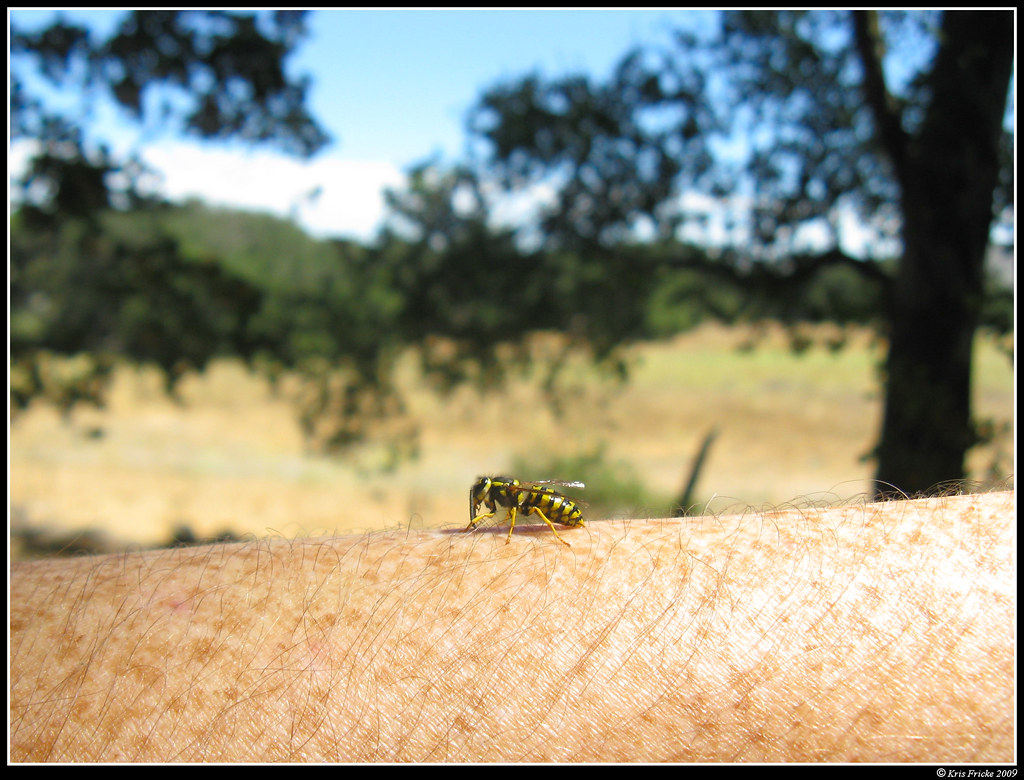 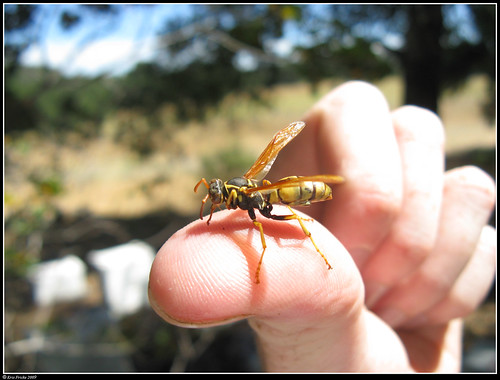 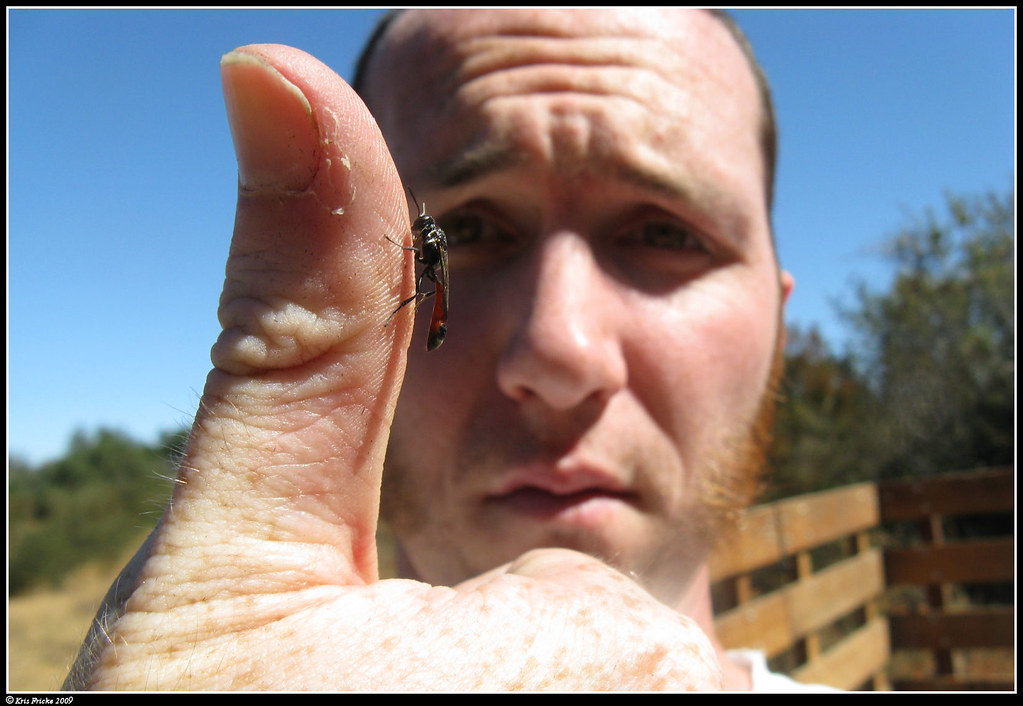 Now this one warrants a few words. Yesterday I came across the (relatively) rare and beautiful Tarantula Hawk wasp: 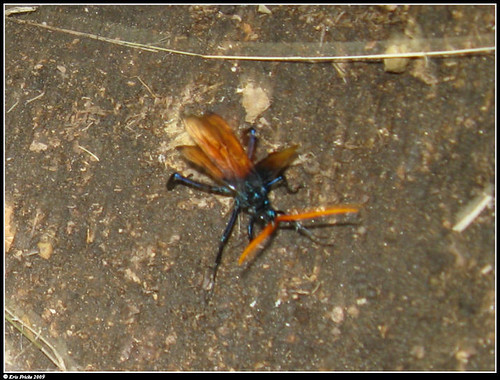 These things hunt tarantulas, hence the name (for those of you from far and wide, I don't know if everyone knows what a tarantula is, but its a hairy spider the size of a plate).

The sting of a tarantula hawk has been described as having "an immediate, excruciating pain that simply shuts down one’s ability to do anything, except, perhaps, scream. Mental discipline simply does not work in these situations." and the lovely Shmidt Sting Pain Index I blogged about recently rates it the second most painful insect sting in the world. So knowing this, I of course had to have it pose for the traditional photograph on my hand.

It was running along the ground at the time so I put my hand in front of her and she hopped aboard! Unfortunately she was still moving pretty fast so I only got one kind of blurry picture before she ran all the way up my arm and disappeared behind my neck before taking flight. 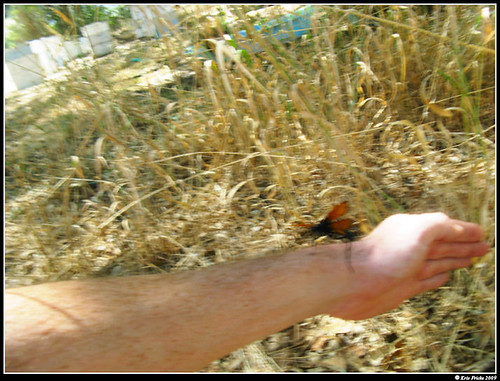 Not the best picture but it at least gives an idea of the wasp's size. 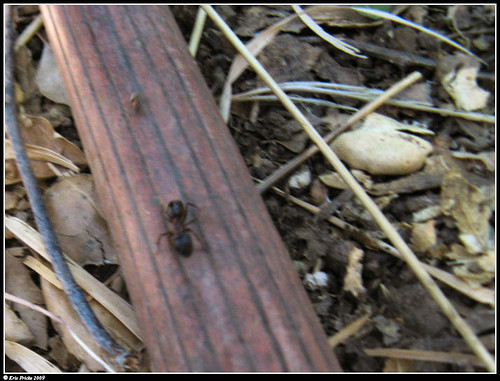 Now to appreciate the size of this giant fricken ant consider that tiny thing above it is a "normal" sized ant. Also that thing they're on is a regular garden hose. Picture an ant half the width of a garden hose. It was humongous. 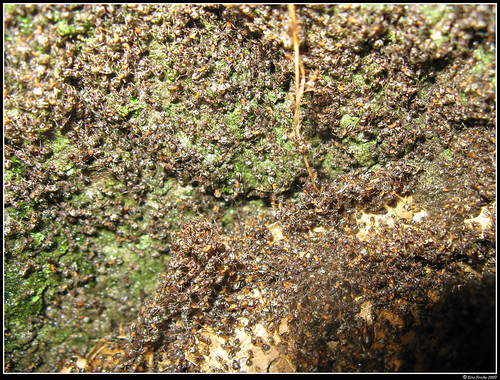 View LARGE! Note that its a veritable carpet of ants!!!

One last bonus. This isn't technically wildlife I guess becaues it's obviously domesticated whatever the hell it is: 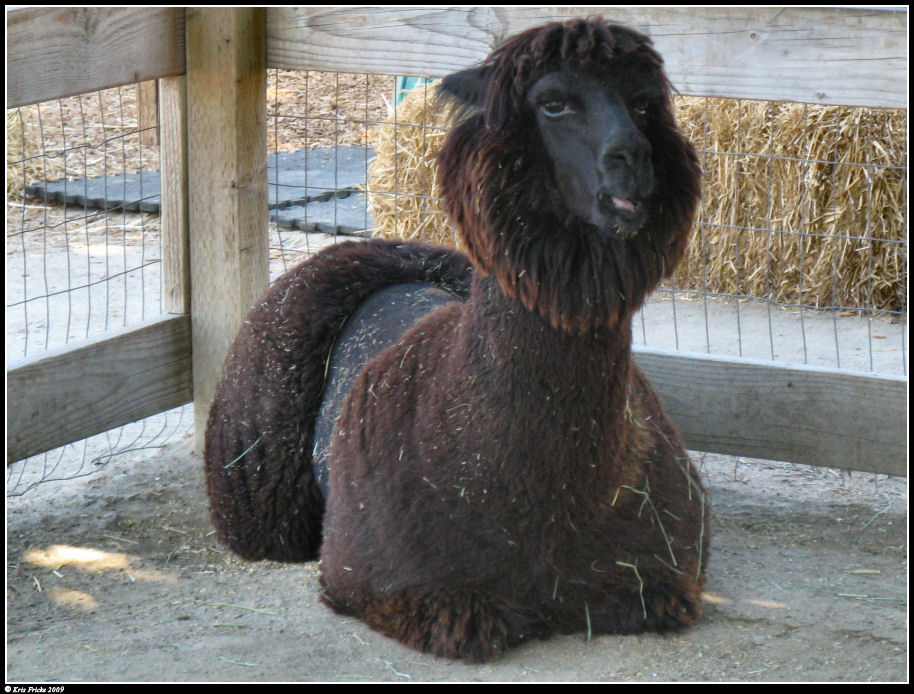 Is it just me or is this thing totally creepy!? I think it's because it looks kind of human ... just enough to be totally in the uncanny valley. Also it looks sinister, like it's staring into your soul ... with contempt!